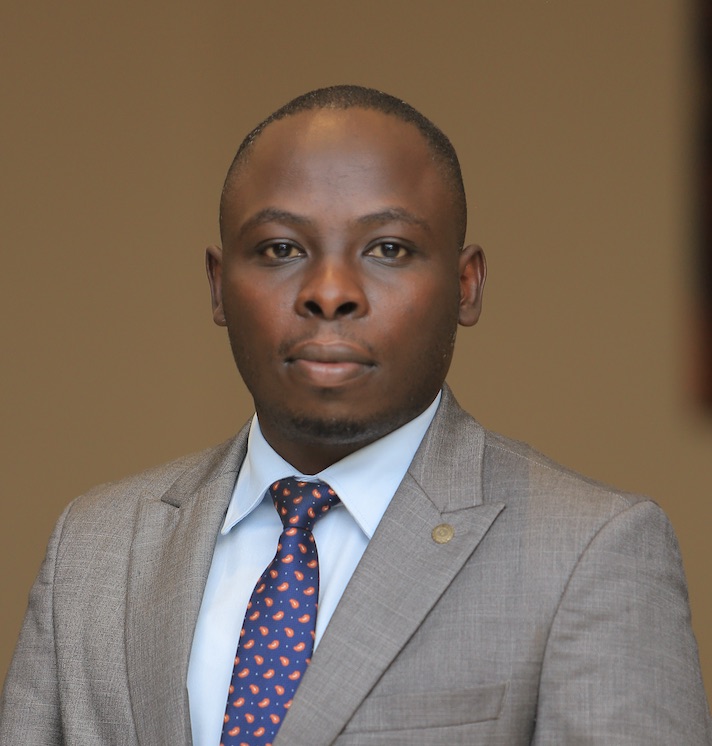 In recent months, cases of violations of human rights and freedoms have dominated the news in Uganda. From enforced disappearances and abductions to assault and torture of citizens, to stifling of the work of civil society activists, opposition members, and other perceived opponents of the government. As Anthony Masake, a human rights defender and legal aid advocate explains in this interview, the lack of accountability means violators continue to act with impunity.

Given Chapter Four’s long-standing work around human rights, and recent cases of violations of these rights across the country, how would you assess the state of human rights in Uganda today?

In the absence of accountability, there is going to be impunity. Those that watch violators committing these crimes especially in the security circles are then happy to involve themselves because they have seen their peers getting away with it.

From attacks on journalists to arrests of human rights defenders, to freezing accounts of civil society organizations, to kidnappings and disappearances of supporters of opposition political groups, would you say these are deliberate actions by the State?

These are very well-calculated moves first to create fear in the population that we are here and we shall not spare any might in responding. They are happy to promote a culture of self-censorship and that’s why they are using this kind of brutal force.

The recent election had participation from the National Unity Platform (NUP) Party headed by Robert Kyagulanyi, better known as Bobi Wine and it’s important to note that in many ways the government has viewed the party as an insurrection group ready to take power by all means. And yet the party has repeatedly come out to say that they are going to use peaceful means to gain power. We are yet to see an outright situation where the NUP has gone out to use force.  The few incidences of criminality by some members of the public are things that the government can use reasonable means to deal with in the event that the law has been broken, not the outright declaration of war against them.

On February 13, 2021, President Museveni ordered security agencies to produce a list of people who are said to have been kidnapped in recent months. Several weeks later, neither the Military nor the Police has come up with this list. Instead, they are bickering over who should do it, which names to include and which ones to remove. What do you make of this state of affair?

The government has come up with a list of 177 names which the Minister of Internal Affairs read before parliament and these are in illegal detention because they have never been produced in court.  Shortly after that, NUP came up with another list that first consisted of 400 missing people. But now that number has gone up to over 600.

The first thing that the government should have done even before putting out that list would have been to release those that have been detained unconditionally because it was an illegal process. I really hope the DPP (Directorate of Public Prosecution) will not sanction these files because these people have been held incommunicado with no access to their lawyers and their families, to the extent that even those that are sick have not been able to access healthcare.

After all these days in illegal detention, the government may opt to sanitize their acts by taking them through the court system. I really hope the Judiciary and the DPP will not accept to participate in such illegalities and at the bare minimum, I would like to see them launching an investigation into what happened before starting to hear any case related to those abductions. 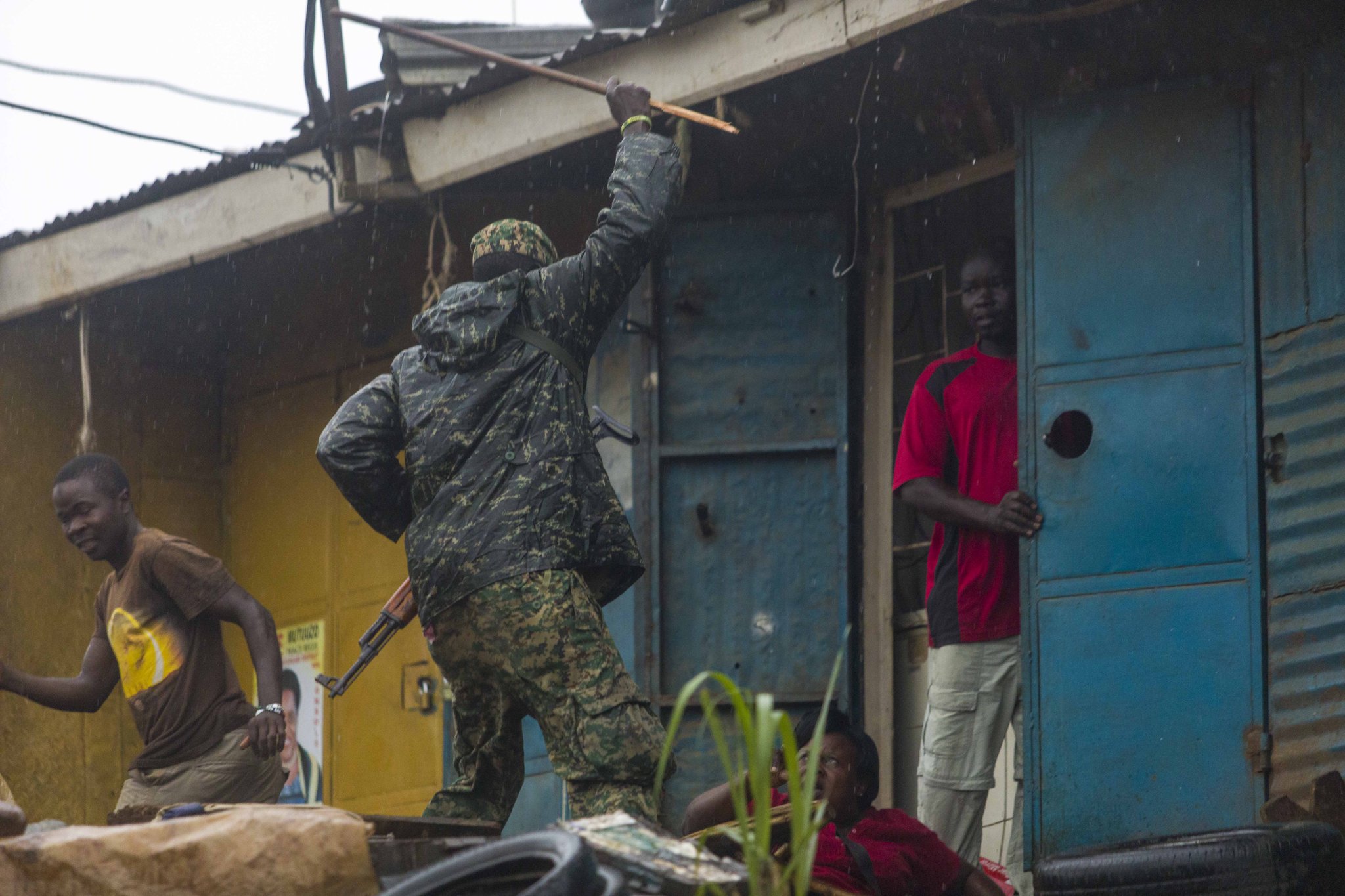 How can human rights defenders better be protected in an increasingly hostile environment like ours?

The first thing for journalists and human rights defenders to do is to equip themselves with safety and protection skills. The police and other security forces know who they are and are happy to go ahead and attack them even as they are holding cameras and notebooks. This shows that these groups are targeted. I really like what the media did when they were attacked in Kololo where they captured the actions of the security operatives on camera. This evidence is very helpful.

For the NGOs, the Anti-Money Laundering law is important but the problem is that it has been weaponized to target civil society organizations and defenders. Indeed, the recent freezing of the accounts of the NGO Forum and Uganda Women’s Network by the Financial Intelligence Authority was deeply concerning.

Going forward, there’s need to find a way of amending the law to remove NGOs from the list of accountable entities because they are in the same category as banks, forex bureaus, and other businesses that hold third-party bank accounts. NGOs simply manage their bank accounts and by the time money reflects on their accounts the Central Bank is aware. They are able to track these transactions since they conduct annual audit reports, file returns to the NGO Bureau, URA, URSB and to the local governments.  There are many checks and balances and there’s no need to look at NGOs as a dangerous group with lots of money.

With what you have described, how then should justice prevail considering how the trends have been since the previous electoral cycles?

What we are experiencing is a gradual escalation. The violence we experienced in the just concluded general election can’t be compared with the previous ones. This time we had generals being recalled from the war zones in Somalia to come and beef up security here. This alone shows the state of affairs in the country and unfortunately, it’s likely going to get more complicated before it gets any better. NGOs, media, and other pro-democracy actors have to be resilient and find innovative ways to keep pushing back and defending the spaces that we need in order to have these democratic engagements.

Is there any action that organizations such as Chapter Four have taken to ensure they help those that have been abducted and crying out for help?

We have been trying to document these cases because you can’t do much without credible documentation. We have tried to follow up to know where these people are and have found out where a number of them are being held. We are now working with other partners to provide legal aid such that their freedom can be secured. It’s deeply concerning to find that every day in courts of law there’s an application for habeas corpus or unconditional release. Such applications shouldn’t be the norm but the exception. In countries where the rule of law is respected when someone is arrested, they are taken through proper procedures, taken to the police station and not unknown detention facilities.

What are your thoughts on internet use rights in Uganda considering that to date platforms such as Facebook remain blocked long after the elections? How best would the government have handled the issue of access to information?

The legal framework for freedom of expression protects rights online just as it does offline. In this digital era, People use the internet to exercise their freedom of expression and to be able to get to know what’s happening around them.  The fact that the internet was disabled during critical times of the election is deeply concerning and it shows just how far the government is ready to go in terms of stifling speech and expression. It’s worrying because democracy and freedoms die in the darkness.

I know a number of cases have been filed against the internet switch-off from 2016 when it first happened. We need to see how far we can push this in terms of using the courts to make a point to the government. But also, I think it’s time to push the companies that provide the internet to know their obligations under business and human rights targets. We need to get to a point where the service providers can receive a communication from UCC (Uganda Communications Commission) for internet switch off and they write back to them asking on what basis such a directive is being issued. They also need to stand up and demand better.

Regulation of the internet is based on going after very specific posts or messages that offend the freedom of expression. You cannot come and shut down the whole internet in a blanket manner and claim that it’s for security reasons. By shutting down the internet, many businesses were affected, very many professions suffered. I remember when the internet was shut down I was at court trying to trace a case in the files and boom I couldn’t proceed because they couldn’t track the documents manually. I couldn’t represent a client, so the shutdown is not justifiable in a free and democratic society. If an account has violated standards, then UCC and the police should be able to track the account of the specific individual and pull it down.

What do you want to see change for the better within Uganda’s human rights landscape?

The first thing we need is for the rule of law to be respected. If someone has committed a crime, they should be held to account. We need the police and the army to respect what is in the law. For instance, the police are not supposed to hold someone for more than 48 hours but this continues to happen everywhere. The army doesn’t have a right to arrest a civilian, but rather if they have any information the law requires them to notify the police to make the arrests. What we need are just the basics, to respect the rule of law and then have respect for civic space.

It’s just to appeal that this country belongs to all of us. Whatever issues we are dealing with, we need to exercise restraint and we also need to exercise our freedoms peacefully otherwise reconciliation and justice will be difficult to have. You cannot speak about sustainable peace without talking about justice. Human rights are extremely important to the standards of living we aspire to enjoy. When you talk about human rights, it’s not something abstract. We all want to find medicine in the hospital, we all want to move on good roads or be able to be employed. I hope all citizens can be concerned about the state of human rights in this country, be able to speak out, and take action to demand better.