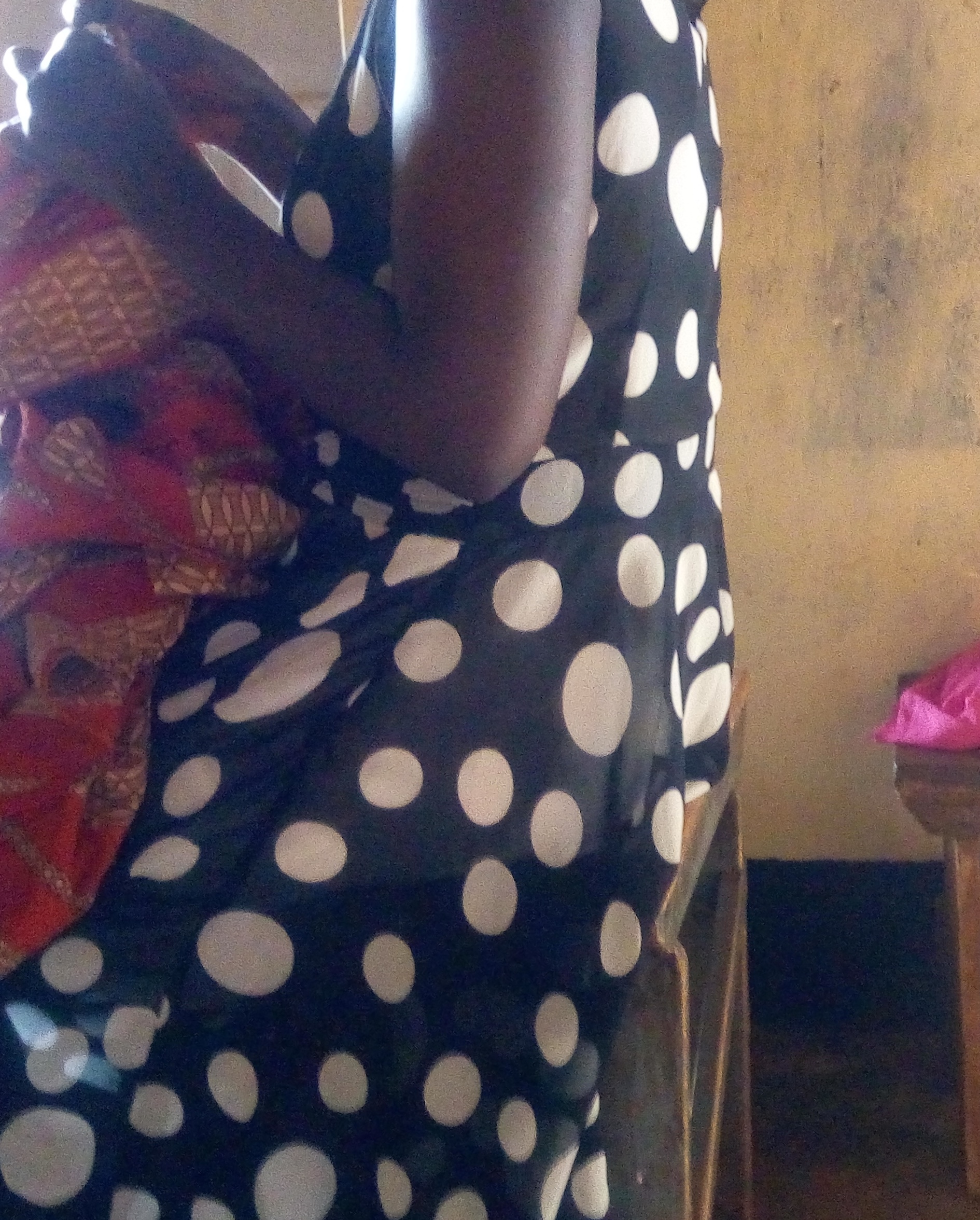 Aisha (not real name), an 18-year-old was chased away from her home by her relatives for being what they claim is a  ‘curse’ because she is a product of an affair between siblings- brother and sister.

After fleeing her home in Busakira sub-county, Mayuge district five months ago, she has been working as a maid, with a desire to have a fresh start and keep all that happened in the past behind her.

“All I care about is my little boy. I want him to grow into a responsible man who knows that his mummy was always there for him at all times,” says a soft-spoken Aisha.

Having never experienced the love of a parent, she has accepted that and decided to put the past behind her.

Orphaned at the age of five, Aisha was taken in by her uncle who had three wives. Her mother had died during child birth and her father in a car crash. She noticed that she was being treated differently from other kids, at home, she was  abused both physically and verbally but  she chose silence.

“I would be forced to work alone, sometimes in the garden even when it was raining yet other children remained home or went to school.” She says.

The rumours that she had been born out of incest begun spreading when she completed primary school. She did not take these stories seriously at first but when she went to secondary school, she got the courage to get to the bottom of it.

“I asked many people. My relatives, village elders and the answers I was getting was the same. This shocked me,” says Aisha adding, “whenever they talked to me,  i could see pity and disgust in their eyes.”

Now that everyone at home knew that she had discovered the real story of her birth, her step-mothers abused he verbally. It became routine for them to remind her about her being born of incest, even when she was being rebuked for small issues at home.

“They reminded me on a daily basis, that if something bad happens, I should always remember that it’s because of the curses that come from me.”

Her Uncle did not defend and protect her from this mistreatment. Completing school became her goal so as to achieve her dream of becoming a medical doctor, however, all her plans crumbled when she was stopped from going to school. Succumbing to pressure from his wives, her uncle told her that he could no longer continue paying her school fees because he did not have money. She was 16 years old then, a senior three student at Busoga Secondary School.

“Instead of going to school, I would work in the garden as all my other cousins went,” she narrates as she wipes her tears.

When she became pregnant she became the talk of the village, she overheard the elders suggesting that she should be taken somewhere far, because her father had had relations with his sister.

“They said that I should leave or else something could happen to me. That they had to find a solution, but I didn’t fully understand their plans.”

Despite her resilience, Aisha could not bear the mistreatment she was going through which forced her to run away from home. She had, on two occasions, tried to commit suicide but she believes that he strong faith helped her overcome these suicidal thoughts.

“What hurt me the most was when my uncle told me to get married because there were no resources to take care of me,” she says.

With nowhere to go, she sought the help of a local pastor she had met during her school days. Ashamed, she could not tell him her entire story, only that she had been chased away from home because she had refused to get married. He welcomed her. Her life was fine for the first time in a long time, until May 2016 when he asked her to be his wife.

“At first I was surprised at what he told me. I didn’t know what to say because this was a man I respected and looked at as my second father,” she narrates. “I didn’t want to annoy him because I was still staying at his place, so I told him that I would think about it.”

Five months later, Aisha acquiesced to the pastor’s advances. Being a man of God, respected by the whole village, she whole-heartedly believed he would take care of her and they would build a family together. She got pregnant a few months later, at only 16 years old.

In the eighth month of her pregnancy, Aisha noticed some changes in her husband’s character. He was temperamental, always in bad mood and full of complaints.

“He had heard that I was born out of incest. He kicked me hard me in the stomach and slapped me, saying that he was not ready to live with someone like me,” wiping tears that were freely falling now she adds, “he also stopped providing food at home and yet I could not work to buy food because I was weak, in my condition.”

Unable to bear the abuse from the pastor, Aisha decided to seek refuge at her aunt’s place, along shores of Lake Victoria in Mayuge district. She gave birth to a baby boy. Without any formal job skills, she did all sorts of odd jobs so as to take care of her child, lest they both starve.

“My child and I were not doing fine. My aunt wasn’t doing fine either. We both worked had to run the house, to pay rent and also buy the necessary basic needs like food.”

Aisha discovered that she was HIV positive a few months after giving birth, and so was her son.

Running away for good.

On hearing that she had given birth, the pastor assured her that he would to provide financial support for her and the baby, they could all live together again, like a perfect family. She refused to go back to him and he begun devising means of taking her baby away. Plans to steal her baby were all futile but he never gave up. He started threatening her, telling her he would not rest until he got his son back.

Aisha, with the help of her aunt, enrolled into a four months course in hair dressing at St Pius Vocational Skills Training, an institution that trains single mothers and children form disadvantaged families in Mayuge. Upon completion, the principal of the school connected her to a friend in Mukono, where she has worked as maid since.

“It was the best thing for me to do. It meant getting away from the pastor and everything that had happened,” Aisha says, heaving a sigh of relief. “Although I do not earn much, the most important thing for me is having a piece of mind.”

Aisha earns UGX 30,000 monthly at her job and UGX 5,000 for two days (Saturday and Sunday) from her boss’ salon where she plaits hair.

“It’s not much but I can I live with it because they feed me and house me.”

Aisha’s  hopes to raise  enough money to start her own saloon where she will plait hair and sell beauty products. So far, she has been able to buy a few items that she will need in future when she starts her own saloon. She has acquired a hair dryer, packets of rollers, combs and other few hair accessories.  Her biggest worry at the moment, is her son’s health.

“Any slight ailment scares the hell out of me… I always think he might die since he is vulnerable,”

Aisha Hopes that that all children born out of incest be treated like the rest and not stigmatised.

According Uganda’s penal code act under section 140, incest is an offence that is punishable for 7 years in prison, however if the other person is below 18 years old, the sentences is life in prison. In Aisha’s case, her parents died a long time ago, leaving her to suffer at the hands of society as most cultures in Uganda look at incest as an abomination, with most children being abandoned, sold off at a tender age or are made to undergo certain cleansing rituals.