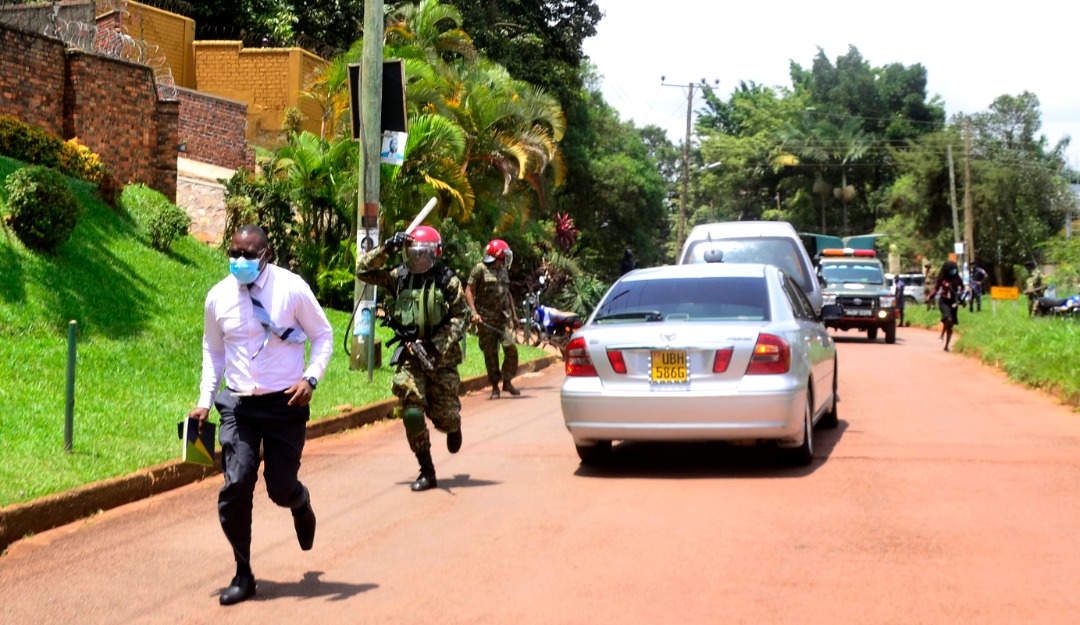 In recent years and months, cases of journalists being harassed, intimidated, and attacked by the police and other security forces is now an everyday familiar story. Many have been beaten, arrested, injured and their equipment damaged. Journalists who covered the recently concluded general elections—especially those assigned to opposition candidates found themselves facing almost daily physical attacks and intimidation. Even more recently, on February 17, over 10 journalists from various media houses were attacked and brutalized by military police officers as they covered opposition politician Robert Ssentamu Kyagulanyi, alias Bobi Wine. Kyagulanyi was delivering a petition to the United Nations Human Rights Office over what he said was the continued cases of kidnap and enforced disappearances of his supporters. Here, we document stories of some of the journalists who have been recent victims of state brutality. 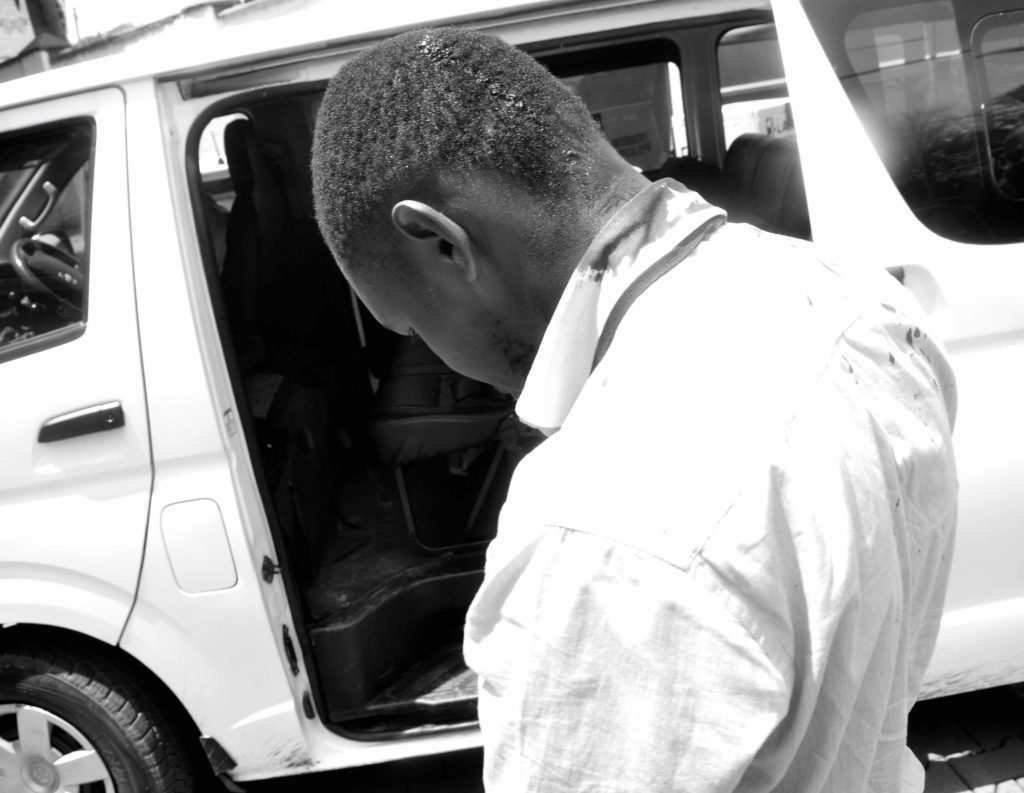 On February 17, my colleague (Henry Sekanjako) and I were assigned to cover Bobi Wine as he delivered a petition to the UN Human Rights office in Kampala. When we got to the venue, the road had been cordoned off by security patrol vehicles. They said we were not allowed to access the premises. We stayed outside the gate where we waited for Bobi Wine to come out of the office. All of a sudden, military officers jumped out of their patrol cars, started beating whoever was around, and at that moment, everyone ran for their lives. I heard Capt. Napoleon Namanya, the commander tell the rest of his colleagues to beat us.

As I ran, the heel of my left shoe fell off. I got a twist in the same foot which slowed me down. That is when one of the security operatives descended on me. Although I continued running, I became weak. I could smell blood on my nose. Yet in all this fracas, I continued to take photos. After running for about 25 to 50 meters, I could not take it anymore and sat down to catch my breath. That is when I realized the back of my head was bleeding.

Amidst all the commotion, one of the media team’s vehicle was able to pick and drop us at International Medical Center (IMC) in Kololo, where we received first aid treatment. A scan was done and fortunately, there was no hemorrhage. The wound was stitched up, I was given antibiotics and painkillers. I am now going through the healing process, though I suffer from continuous headaches and nightmares.

I am a correspondent based in Mityana District for Prime Radio.

On Jan 20th, this year (2021), I was on my motorbike returning home after covering the LC5 elections. It was about 9:30pm when I met army officers around Kiyudaya road.

They started beating me and asked where I was going. I explained that I was a journalist and that I was from covering the local council elections. I was wearing a branded shirt from the radio station and showed them my work identity card.

But that did not stop them from beating me. They were beating me randomly on the thighs, arms, ears, and head. The beating was so bad that my forehead was swollen and I was admitted to the hospital. It was a tough time for me. The National Coalition of Human Rights Defenders paid for my medical bills. I only made a verbal report to the deputy army spokesperson, Deo Akiiki, who encouraged me to open up a case against the culprits, though I have not yet done so. Recently, we (journalists) held a meeting with the regional security personnel of Wamala Region to discuss ways of fostering better working relations between journalists and security forces.

We want them to stop torturing and assaulting journalists. Things are not easy, some journalists especially those who work at night have been assaulted and detained for long hours by security personnel and this makes our work hard. 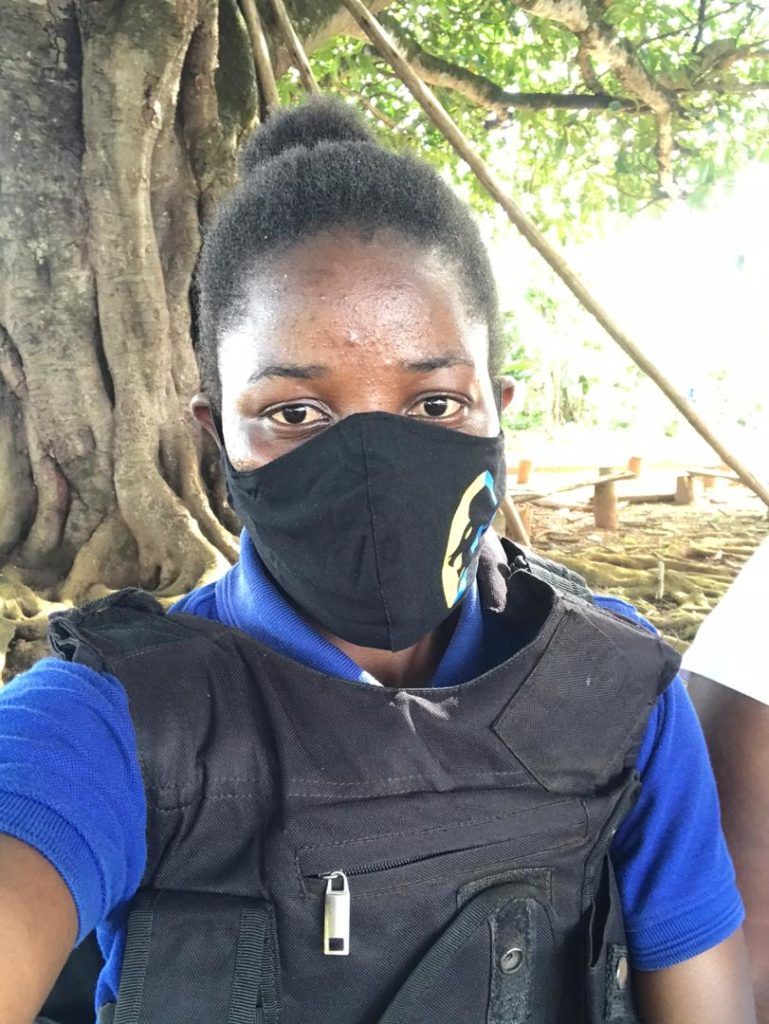 On December 30, 2020, I was one of the journalists covering presidential candidate Robert Kyagulanyi a.k.a Bobi Wines’s campaigns in Kalangala District. That day, security operatives first arrested Wine’s security guards and supporters. It was a big number of military police officers. As journalists were recording what was happening, they turned their attention to journalists. One of the first journalists to be arrested was Richard Kalema from Record TV. When the military police officers saw me also taking photos of what was happening using my phone, they thought I was live-streaming the arrests. Five armed men came to me and asked why I had posted photos of Bobi Wine’s arrest. I think someone was monitoring my social media posts. They took me to where my colleague Kalema was standing as people kept shouting; “she is a journalist.” I was wearing a press jacket and helmet for easy identity.

The security men asked for my work ID which I presented to them. After several minutes of interrogation, however, they let me go. At that moment, we were surrounded by armed men who ensured that we did not take any more photos of Bobi Wine as he was airlifted back to Kampala. We were not even allowed to take phone calls. However, I was not surprised at what was happening to us. I had seen a lot of things happening during the campaigns. We faced several obstacles in doing our work. Journalists were arrested frequently during the campaigns. 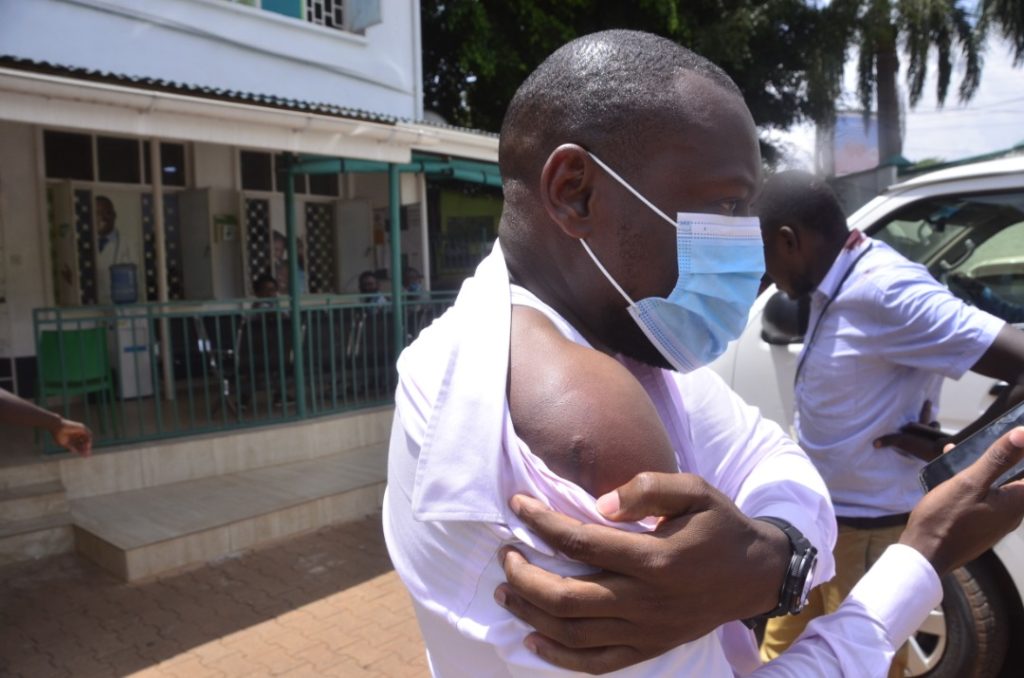 On February 17, I was assigned to cover a press conference at Bobi Wine’s residence in Magere where he was addressing the public about the abductions and disappearances of his supporters. At the press conference, Bobi Wine informed us that he would be proceeding to the UN Human Rights offices to deliver a petition asking the body (UN) to investigate the torture, abductions and disappearance of some Ugandans.

When the presser ended, together with other journalists, we trailed him to the UN offices. When we got to the venue, the road was blocked by military police. They said journalists were not allowed to access the premises. We politely waited outside for Bobi Wine to come and address us. An hour later, two military patrol cars with army men, their heads covered with red helmets started moving around. Suddenly, the cars stopped in front of the journalists, and a commander who was seated in front of one of the cars, got out and started yelling at us. He ordered us to leave. That is when the rest jumped off the cars and started beating us.  The commander (Capt. Napoleon Namanya) was also involved.

It was a terrible experience. Some guys were hit on their heads and got deep cuts and bruises. Personally, they beat and injured my left arm, leaving me with wounds. I also sustained some injuries on the head.  In the process of running, my eyeglasses fell off and broke. We had gone to do our work. Why do security operatives look at us as enemies? I am not happy with the punishment that the security operatives involved in beating us got. It is not a deterrent enough. The day the interview was conducted, Sekanjako was still on medication and bed rest. Just like Murungi, Sekanjako is working with the Uganda Journalists Association (UJA) to ensure that journalists who were brutalized get justice.

I am one of the journalists who was assaulted on February 17 at the UN Human Rights office in Kampala by military police. When we arrived, a roadblock had been mounted and security men lined up the street. The officers said they were given orders not to allow the media access the officers to cover the NUP President handing over a petition.

As we waited, two patrol cars swung into action. They drove past us, went close to the UN offices and then made a quick turn towards us. Before the front door of the vehicles could even open, the head of the operation jumped out and started shouting; “Chase them away, what are they doing here.? That’s when the rest of his team jumped off the pickup truck and started beating the journalists. My colleague, the cameraman held my hand and we started running together. In the process, I slipped and fell down. I tried to pick my shoes, hold them in the hands and run again. That is when the army officer hit me with a stick on the head. Then he raised his leg with the intention of stepping on my back as he yelled, “Go away.” I tried to tell him I was a journalist but he did not care. While I was still on the ground, I heard my colleagues say, “don’t worry, we are recording everything.”. That’s when the officer left the scene.

After the incident, I was taken to UMC-Bukoto for medical checkup. An X-ray scan revealed that some body tissues on my back were crushed. Fortunately, my spine and bones were not damaged. They administered pain relief and I was given medication. Though I am steadily improving, I still suffer from chest and back pain whenever I sit for long periods of time. By the time this interview was conducted, Namakumbi was on sick leave. 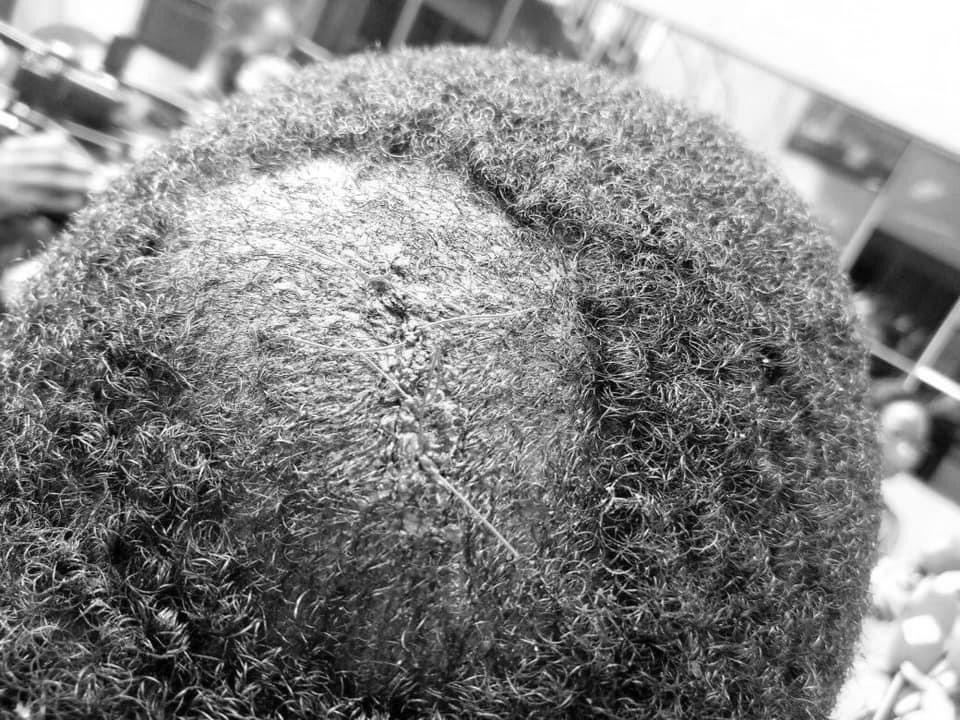 Motivated and strong-spirited, I set out like I always do for yet another day to tell stories and inform the public. And on that fateful day, the assignment took me to the UN Human Rights office where the National Unity Platform Party President Robert Kyagulanyi aka Bobi Wine was delivering a petition.

On arrival, Bobi Wine and a few of his team were allowed entry. However, we the (media) were blocked from accessing the premises. The security did not offer any explanation for their decision. We waited patiently in a “safe zone”. Before we knew it, a military pickup truck with men in security uniforms wielding guns, sticks, and batons emerged from the back of the area where we had converged. They dramatically hopped off the trucks and came surging in our direction. Sensing danger, we reacted aptly and ran in the opposite direction.

In the process of running, one of the military policemen caught up with me hit me with a baton, and I lost balance. What followed was a sharp excruciating pain and another round of beating on my back and shoulders. From across, I could see other journalists also being beaten. One journalist lay on the ground, almost lifeless as the security men descended on her. I managed to free myself from the security men and when I touched the spot where I had experienced a sharp pain, I saw blood oozing from my head. I had a deep cut on my head. At that moment, our company car arrived and whisked me off to International Diagnostics Center (IDC) along Yusuf Lule Road for treatment. There, I was attended to by the nurses, who stitched and dressed the wound, prescribed medicine to help me recover. A day after, I also went for a general scan. Later, I headed home where I am steadily recovering. I am also undergoing counseling at the African Centre for Treatment and Rehabilitation of Torture Victims (ACTV).