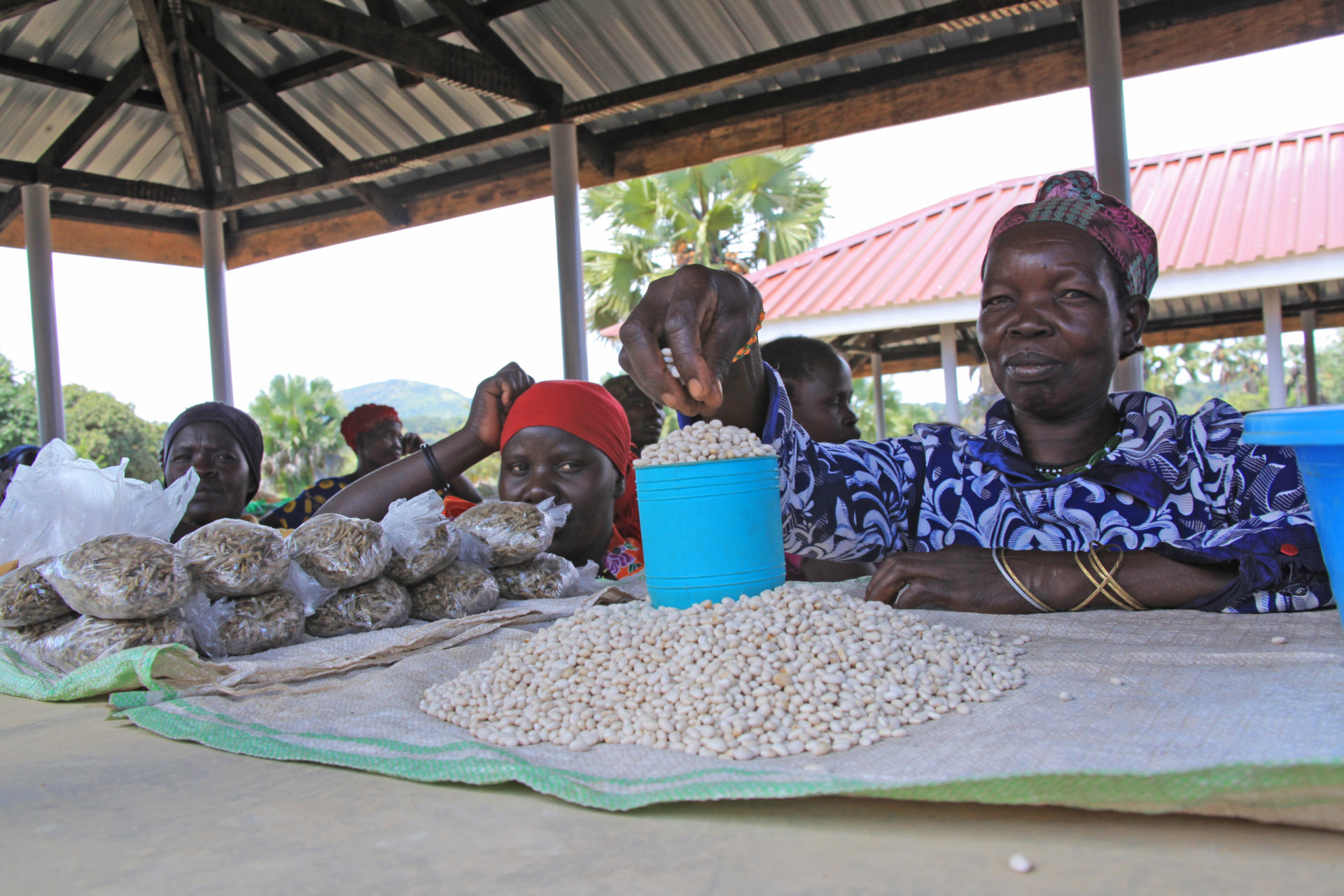 The women looked visibly shaken. They were all shedding tears. Many had been brutally beaten by security personal for vending vegetables and fruits on the streets of the city, a day after President Museveni addressed the nation and issued measures that the country was adopting to prevent the spread of COVID-19. The president’s directives issued on March 25 included the suspension—for 14 days of all forms of public transport and trade in non-food items in the markets. He also urged formal offices to ensure their non-essential staff work from home.

Already, schools, bars and other gatherings such as conferences, funerals, and weddings had been banned as part of measures that the country has put in place to prevent the spread of COVID-19 which has been ravaging the world.

The images shared and re-shared multiple times on social and other media platforms generated varied reactions, with many condemning the brutal nature in which the police, army, and members of the Local Defence Unit, an auxiliary security outfit descended on both women and men they found around the city centre, including those who were selling inside the numerous shopping malls.

Amelia Kyambadde, the Minister for Trade was forced to call an impromptu press conference to clarify the directives that the President had issued. “Why are they beating citizens? Enforcement does not mean you have to beat someone. Explain,” she told the press.

The government’s preventive measures have since been amended to include a total lockdown. On Monday night, the President made his 8th COVID-19 address to the nation where all movement has been prohibited, including using private cars, effective April 1. Shopping malls, hair salons, and shops that sell nonfood items will also remain closed for the 14 days. Supermarkets and food markets, which are the most common places where Ugandans buy their day-to-day food will remain open as long as the traders and buyers maintain a distance of four metres apart—part of a social distancing measure.

Countries around the world have already adopted among others, social distancing as a way of trying to prevent the spread of the virus. The reasoning behind this is that if social interactions are limited, it will reduce the rate at which the virus is transmitted from one person to another.  To achieve this, most people will have to stay and or work from home.

With these measures already taking shape, what the President did not adequately address was how the government plans to support socioeconomically vulnerable urban poor people like the women beaten by the police and soldiers. In passing, he said relief aid in the form of food would be given to poor people. And that the modalities on how that will be implemented are still being discussed. 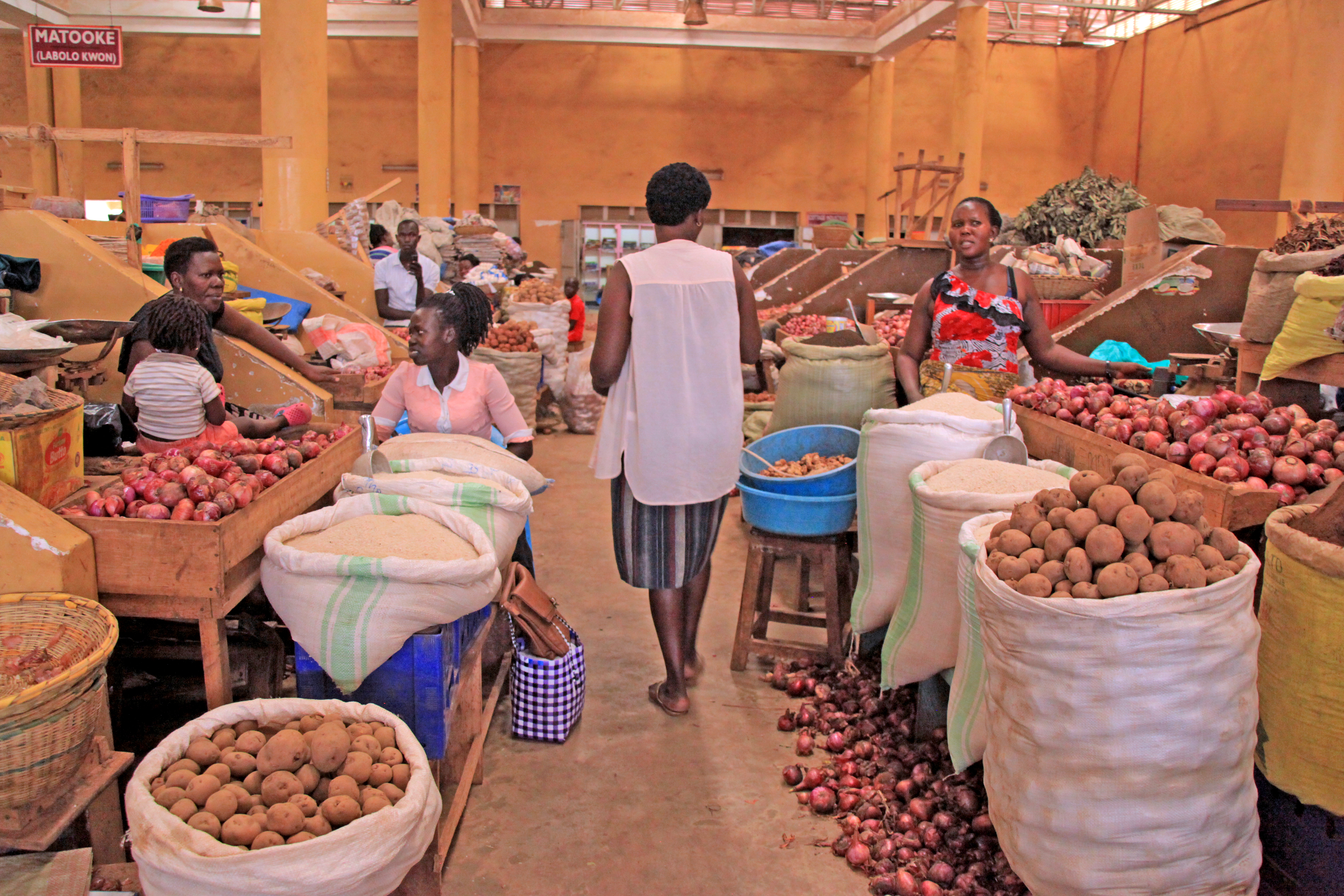 (Women selling foodstuff in various markets across the country. Photos by Rachel Mabala)

In Uganda, close to 80 percent of the country’s labour force is employed in the informal sector—agriculture, retail shops, and markets among others. Without work, many will lose the source of their daily income. Economists also predict that without interventions to help people who live from hand to mouth make a living, those living below the poverty line will fall further deeper into poverty if they have no income. Women will be particularly more affected because they are less likely to be engaged in decent work and have no control and access to property and assets.

“The complexities of these women’s realities ought to be put into consideration in the implementation of the presidential directives on COVID-19 so as not to exacerbate already existing gender inequalities, the burden of care and institutionalized violence against women,” the Uganda Women’s Network said in a statement.  The women’s rights organisation also called on the government to consider the specific needs and realities of women and girls while implementing policies to combat the spread of COVID-19.

Indeed, several studies have shown that while a big percentage of the country’s population remains poor, recent years have seen more people slide back into poverty, with an estimated 8 million Ugandans now unable to afford three meals a day, according to the 2016/17 National Household Survey.

A paper on the State of the Economy for Ugandan women by Akina Mama Wa Africa notes that gender inequality has been identified as the most significant and persistent of all inequalities and women are not reaping the same benefits and returns as men from the country’s strong macroeconomic performance.

This means more deliberate measures need to be put in place to address the vulnerabilities that poor women are faced with.  As the statement from Uganda Women’s Network states: “Human rights and gender perspectives are central to the response to COVID-19. Lockdowns, quarantines and other such measures to contain and combat the spread of COVID-19 should be carried out in strict accordance with human rights principles and standards.”

In the face of COVID-19, community leaders embark on door-door awareness