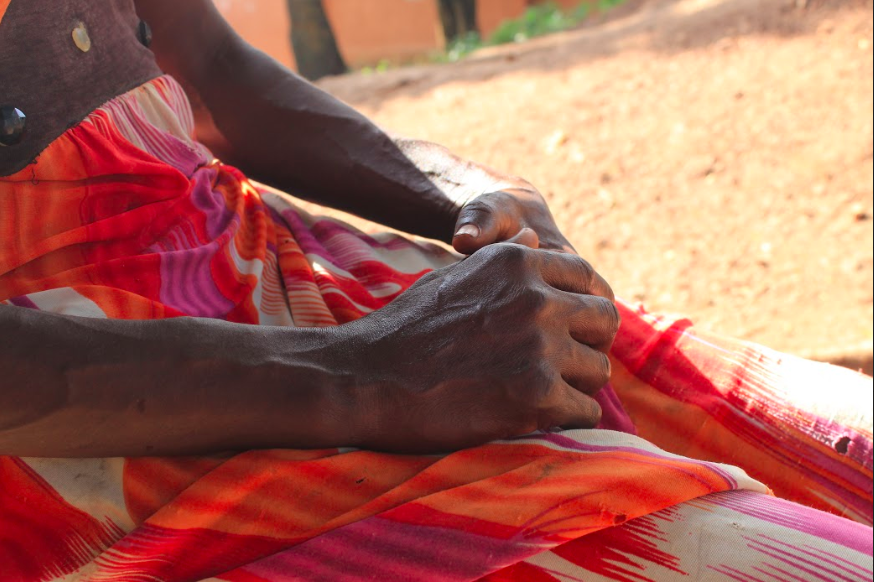 Rita (not real name) is a 33-year-old woman who in 2017 came close to losing her life after drinking a herbal mixture that she was told would end her pregnancy. A subsistence farmer in Kamuli district, Rita was three months pregnant when she sought an abortion. Abandoned by her husband who had taken on a second wife, the responsibility for providing for her four children and paying their school fees fell solely on her. Struggling to make ends meet for close to two years, she was unable to have another child at that time.

“I had a lot of responsibilities with my children. My youngest was three years old. I had to look after them, find school fees, food, clothes and medicine. My husband had neglected us so being pregnant again was too much, I could not handle it so I decided to terminate the pregnancy.” Rita narrates as we sit on a small bench in front of her house, a semi-permanent structure made of mud and wattle. “I feared to go to the health centre because I knew they would not help me so I went to a local woman who gave me medicine – herbs to drink.”

The World Health Organization defines abortion as ending of pregnancy due to removing an embryo or foetus before it can survive outside the uterus.

A few days later, Rita started feeling sharp pains in her stomach and bleeding profusely. She told her husband she was reacting to a new family planning method when he asked. A week later, she collapsed in her garden and was taken the hospital. The medicine locally known as Eikobo-eikobo cost Rita UGX 60,000 and nearly, her life.

“By the time I was taken to the hospital, I was too weak that I couldn’t even work. The nurse first refused to treat me because she said they did not work with anyone who has had an abortion but later when I explained my situation to her, she treated me and I got better.”

Before she left the hospital after a three day admission, Rita was taught about family planning. She believes she was lucky enough to survive the ordeal.

Flavia (not real name), a Nursing officer at Kitayunjwa Health Centre III says administering abortions is illegal and therefore prohibited at the hospital, however, they do offer post abortion care.

“We see so many cases of complications arising from abortion. We treat them, some successfully and others get permanent damage or sometimes they die. Most are teenagers who come to the hospital with complications after trying to abort at home,” she says. “They come when they have already interrupted the pregnancy, when they are bleeding or having severe stomach pains. On examination, you find that they are pregnant. When you ask why they attempted to terminate the pregnancy, they say the father is tough or they are still in school. After giving them treatment, we counsel them and tell them about family planning.”

She adds that very few women and girls do come to the hospital to seek abortion services.

“They are few and those who come are older women who are married but either do not want more children or have had an extra marital affair. We counsel them or refer them to the general hospital in Kamuli.”

Hadijah (not real name), a midwife has been at the Kitayunjwa Health Centre III for three years now and has seen various cases of mid abortion complications, usually among teenagers.

“Most of them come during the abortion process, after they have tried to do it at home and it fails. Sometimes they are brought by their mothers but we never do abortions here. We always send them away.” She says.

Asked about the exceptions in the law that allow for abortion, both health practitioners say that under no circumstances do they carry out abortion. They counsel, offer family planning and refer to the main hospital at the district.

Ms Wakanire Monica, a Traditional Birth Attendant since 1989 believes that women should not be barred from accessing medical attention of any kind, except if it is abortion. Being the first contact for local women, she interfaces with many women and girls seeking abortion and other sexual reproductive challenges.

“I know all the issues that the local women face because they come here. Some women fear to go to health centres because they fear harassment from nurses. I see about 2 women a month seeking abortions but I counsel them and send them away. Many more come for help when they develop complications during the abortion process and I refer them to the health centre. Most of the women who have come to me to seek abortion are married and this is because they have many children. We counsel them but still they get the herbs elsewhere and come back when they have complications.”

With all the health practitioners turning their backs due to the perceived illegality of abortion, most women and girls find themselves seeking alternative measures which are often unsafe and in some cases fatal. The religious, social and cultural environment taboos abortion, stigmatizing women and girls who have undergone it or intend to. The lack of information on contraception poor sexuality education, early marriages and low uptake of family planning are all factors leading to unintended pregnancies, the root cause of abortion.

Ms. Wakanire adds that the numbers of women seeking abortion services have dwindled over the years mostly due to sensitization carried out by HEPS Uganda, a sexual reproductive health and rights organisation which has played a great role in creating awareness on matters such as family planning, post abortion care and sexuality education for the women of Kamuli district and all over Uganda.

In a survey conducted by Kibombo, Moore et al on the perceptions and knowledge on abortion of opinion leaders, one women’s representative was quoted, “Women are pushed into putting [bicycle] spokes in their private parts to remove the pregnancy. Women are drinking blue Omo [detergent]. Women are drinking medicine for malaria to remove pregnancies. So if they knew there was an avenue [through which to have a safe abortion], I think those people would not be going up to that stage; it would have saved a lot of women by having an avenue for them to reach to the doctors who can help them.”

Abortion is real in Uganda, it is a health issue and yet women and girls continue to die every day due to complications as a result of unsafe abortions. Ms. Wakanire applauds the government for giving teenage mothers a chance to finish school and encourages schools to intensify sexuality education in schools and among rural women to prevent unplanned pregnancies. Rita encourages health practitioners to listen to the women who come to them seeking help. She is cognizant of the limitations in the law regarding abortion and believes abortion should be decriminalised because the women who seek it have reasons for that choice.

In Uganda, abortion is criminalised in the penal code whose Article 22 (2) states that “No person has the right to terminate the life of an unborn child except as may be authorised by law.” However, exceptions have been made to allow for abortion where a woman’s life is at risk or in cases of rape, incest, defilement or any other cases of foetal anomaly. The laws surrounding abortion in Uganda have been subject to misinterpretation due to their ambiguous nature. The interpretation of the level of risk to a woman’s life as well, in addition to the religious, social and cultural norms both by health workers and the society has rendered abortion a silent killer, putting many women’s lives at risk with over 400,000 of the 2.2 million pregnancies ending up in abortion annually. Health professionals have reported many complications resulting from unsafe abortion such as haemorrhage, infection of the uterus, intra-abdominal sepsis and damage to the reproductive organs, psychological and social effects and death. According to this New Vision article, 1500 young women and girls die every year from complications arising from unsafe abortions.