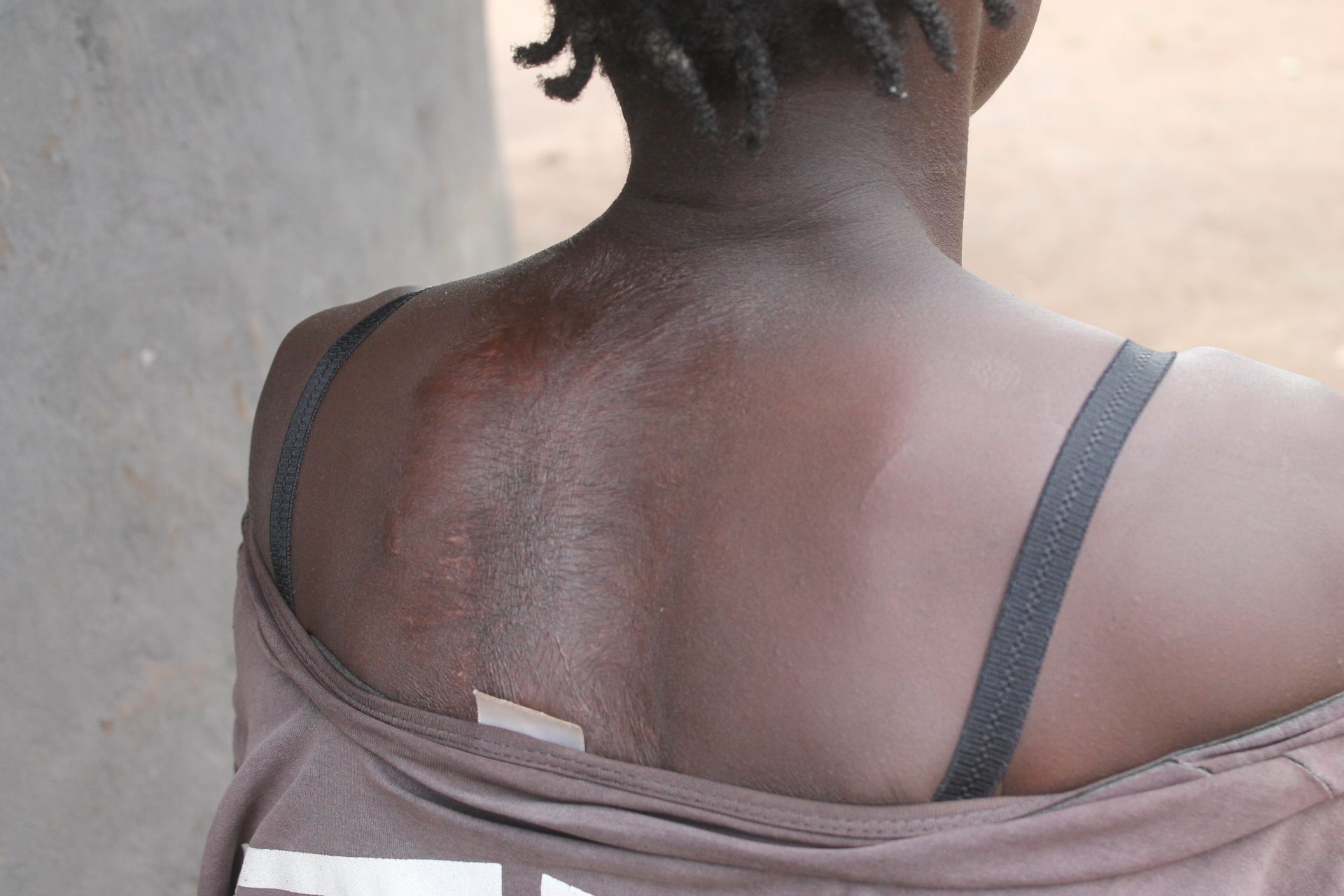 In 2013, police arrested Lilly Ayo when her three co-wives accused her of assault. This was shortly after a scuffle when the 35-year-old tried to defend herself from her co- wives, who she claims, had initially attacked her. The incident happened at their home in Atota village, Amuru District in northern Uganda.

Ayo says, besides physical abuse, her co-wives would constantly berate and hurl insults at her, and sometimes call her names, like ‘murderer’, because of her past as a former Lord’s Resistance Army (LRA) rebel abductee.

“Their (co-wives) plan was to chase me away, so they attacked me, beat me and pushed me down,” says Ayo, with a despondent face. “I could not let them get away with it, so I fought back, and that’s when I was arrested.”

Ayo was abducted by LRA rebels in Amuru District in 2003, where she spent two years in captivity, witnessing several atrocities like massive killings, torture, sexual abuse and slavery. Although she later escaped, she acquired a bullet splinter in her thigh bone in a cross fire between LRA rebels and government soldiers.

The evening after the arrest, Ayo was dragged to one of the rooms at Amuru sub county headquarters where she was beaten, forced to sleep on a bare floor, and then locked up until morning, before police carted her away to Gulu Women’s Prison.

“I was weak. My body ached a lot,” narrates Ayo, showing some of the scars on her body. “My thigh bone, especially, was so painful that it couldn’t give any breathing room.”

On arrival at Gulu Women’s Prison, prison warders told Ayo and other new in-mates that they needed to be ‘greeted’ by the old in-mates.

Puzzled by the coded word, Ayo, like many of the new in-mates, understood ‘greeting’ in its literal sense of the word, yet it implied ‘beating’. The old in mates began beating them again.

“Some of the inmates had sticks, but the prison warders did nothing apart from laughing as they relished every moment of it,” Ayo recalls.

Yet at this stage, Ayo was in need of urgent medical attention, because of the previous beatings.

A few weeks later, Ayo learnt that there was a common form of torture, known as ‘detention within detention’, where inmates are blindfolded, beaten and held in solitary confinement for weeks. Although Ayo was never tortured in that fashion, some of her friends underwent this ordeal.

When her she got more frail a week later, in a desperate attempt, Ayo raised her concern regarding her medical condition to prison warders but her pleas fell on deaf ears. Instead, she was told that she was ‘pretending to be sick’ to avoid farm work.

“I was made to weed the garden with other inmates for nine hours,” she adds.

After farm work, Ayo’s life was made even more difficult by prison warders who denied inmates the opportunity to take a shower or wash themselves for a month as punishment for ‘indiscipline.’

Ayo had no choice but to oblige. However, as a result, she began noticing some rashes around her groin and private parts, a month later. Again, she raised her concerns to the warders who remained unbothered by her medical problems.

Her “punishment” was later lessened to bathing once a week, with a promise that she would be allowed to have a bath daily when she became ‘disciplined’.

Eight months later, Ayo was released from prison but by then her condition was severe.

“I began feeling abdominal pains when I came back home. This would sometimes prevent me from doing any work at home yet I have to take care of my children,” says Ayo, who is a subsistence farmer.

Ayo’s husband, a farmer and polygamous man, barely supports Ayo and her children.  Ayo has to work really hard to fend for her family.

In February this year, however, there was a sliver of good news when Ayo applied for an opportunity she had heard over the radio, and was later chosen as a beneficiary of free medical support, thanks to Gulu Women Economic and Globalization (GWED-G), an NGO that supports former female inmates and ex-rebel abductees in Acholi sub region.

Ayo was taken to St Mary’s Hospital Lacor in Gulu for her first medical checkup, where it was discovered that she was suffering from chronic Candida. Candida is a yeast infection of the vagina and surrounding tissues. This condition can cause inflammation, intense itchiness and a thick, white discharge from the vagina. Left untreated, candida may lead to infertility.

“After learning about my background, doctors told me that I acquired Candida because of poor hygiene in prison especially when I was stopped from bathing for a long time,” says Ayo. “This has affected me to the point that I can’t conceive. Since then, I have been visiting the hospital monthly for reviews,” Ayo says.

Ayo’s medical documents show that the Candida she is suffering from has become ‘chronic’, to the point that it has resulted into distal bilateral tubal blockages, a condition that has also stopped her from conceiving because the fallopian tubes are blocked.

Despite being operated on twice, Ayo is gradually losing hope because her condition has failed to heal.

“Doctors have told me that I need to undergo another tubal surgery but I don’t know when,” Ayo adds, wiping her teary eyes with a scarf.

“I am at friend’s burial in Bundibugyo. When I come back, I will first investigate the matter before I can answer your questions because these things take time,” Orik responded in brief telephone chat.

Francis Odongyoo, Human Rights Focus Executive Director, believes that Ayo needs to take drastic action, arguing that that stopping one from bathing is already a form of torture.

“When Ayo was stopped from bathing, her right to health was denied, which is a fundamental human rights abuse. That’s how she ended up getting a communicable disease,” Odongyoo said.

Uganda’s  Prevention and Prohibition of Torture act (2012) defines torture as an act, by which severe pain or suffering whether physical or mental, is intentionally inflicted on a person by or at the instigation of or with the consent or acquiescence or any person whether a public or other person acting in an official or private capacity.

Odongyoo advises Ayo to seek advice from Human Rights Focus before lodging any formal complaints against the perpetrators.

“She needs to know how she was abused and the steps to be taken if justice is to prevail,” he added.

Odongyoo also notes that their findings revealed that ‘blind folding’ and ‘detention within detention’ are the most common forms of torture in many prisons in northern Uganda.

A 2017 annual report prepared by African Centre for Treatment and Rehabilitation of Torture Victims (ACTV), shows that 834 torture survivors were registered in Kampala and Gulu ACTV centres.  632 (76 percent) survivors were males while 202 (24 per cent) were females.