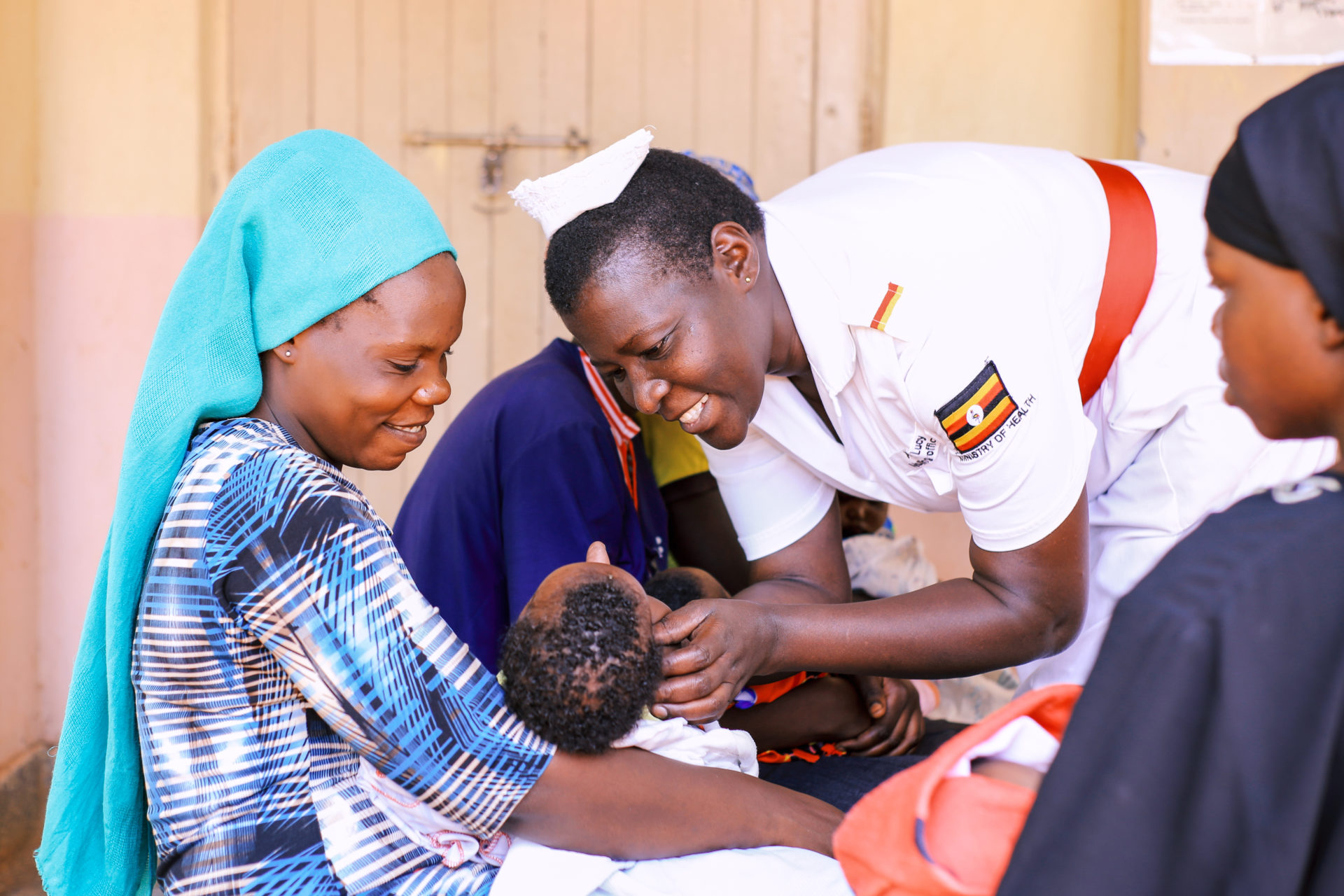 John Bosco Opio and his wife Constanzia Akullu speak with a lot of pride when they talk about the birth of their two young children. They are the couples’ sixth and seventh children respectively. And the first to be born in a health facility. The other five were born at home, with the help of a traditional birth attendant.

Unfortunately for them though, the fifth child died at birth as the traditional birth attendant tried to help with complicated labour that Akullu had endured. “We had given up on having more children had it not been for the voucher. A community health worker told us about its benefits and we decided to enrol,” says Opio, Akullu’s husband.

The voucher which they bought through the USAID supported Uganda Voucher Plus Activity cost the couple Shs4,000—which is slightly over one dollar.

It entitled Akullu to all antenatal visits during her pregnancy, delivery of her baby and post-natal immunization services for the baby. The couple is one of the thousands of low-income families in 35 districts in East and Northern Uganda who have benefited from the voucher project—a five-year initiative under the Voucher Plus Activity that has just ended.

With a voucher that costs just Shs4,000, low-income women were able to access essential services related to pregnancy and childbirth at any of the accredited facilities that have partnered with the project. The vouchers also covered the cost of hiring a motorcycle to transport the expectant mother to the facility at the time of delivery.

The voucher system has already been deemed a cost-effective way of providing maternal health services, especially in rural areas where access to good quality services is often a challenge. Over the past five years, 318, 149 vouchers have been bought by women, says Christine Namayanja, the Chief of Party of the USAID Voucher Plus Activity.

More than 194,800 women have also delivered in health facilities under the supervision of a skilled attendant.  “The project was aimed at increasing access to maternal health services to poor pregnant women through an innovative health financing mechanism—which is a voucher,” explains Namayanja. 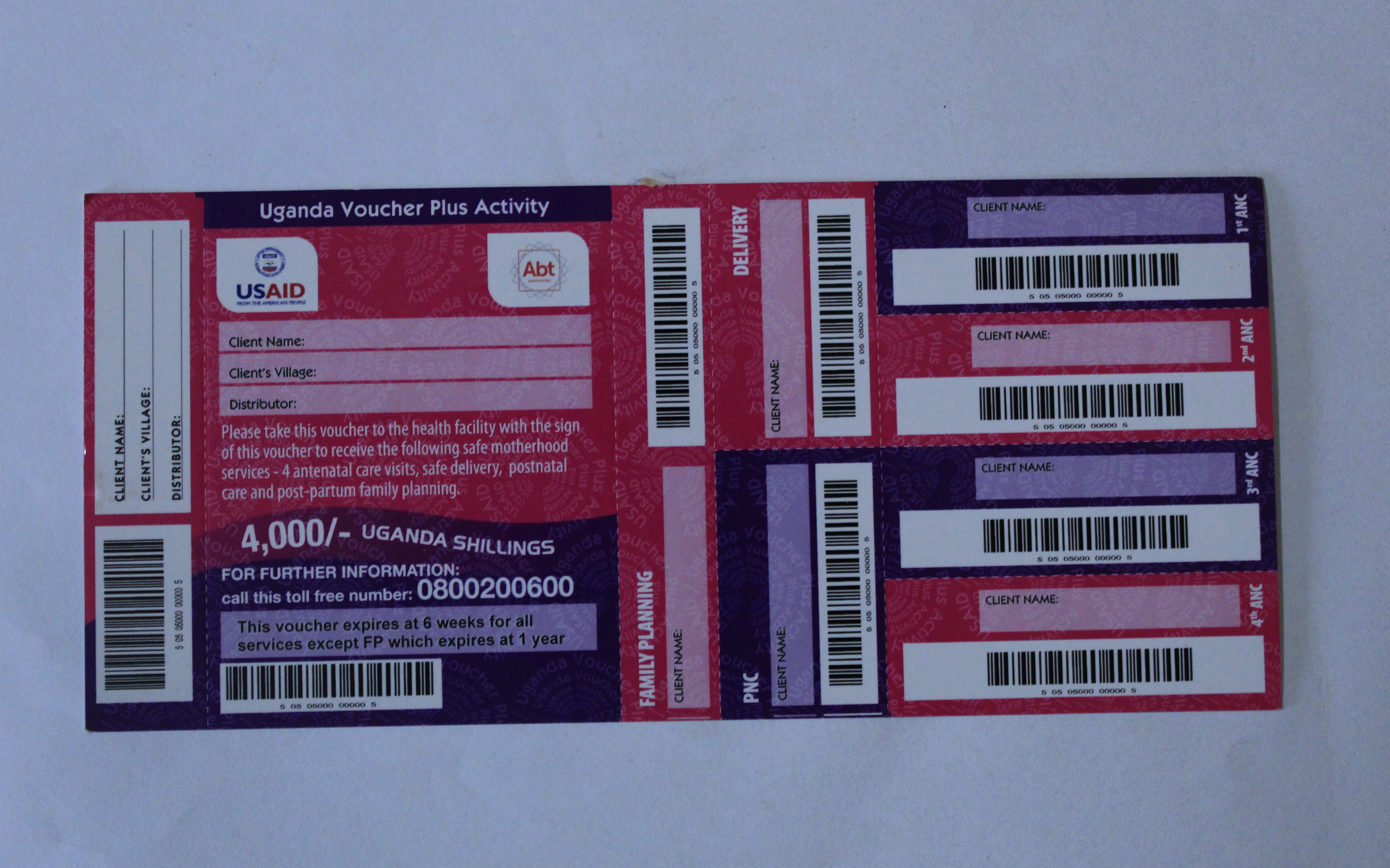 Although Uganda has made progress in improving maternal and child health indicators, having reduced maternal mortality from 524 per 100,000 live births to 336 per 100,000 live births by 2016, disparities still exist based on geographical location, income status, age and education levels, according to the 2016 Uganda Demographic and Health Survey (UDHS).

Similarly, while the proportion of women who give birth in a health facility has increased from 42 per cent in 2006 to 73 per cent in the UDHS, fewer women in rural areas are more likely to deliver in these facilities because of the quality of services offered there.

Yet many are often unable to afford better services in private facilities, or cannot travel a long distance to the bigger public health facilities. With the voucher system, however, this changed as the project partnered with private, not-for-profit health facilities to provide the much-needed maternal health services.

As part of the implementation, the project identified health facilities to partner with, accredited and reimbursed them for the services they delivered to the voucher holders. The vouchers were sold to the women through Village Health Teams (VHTs), a group of volunteers based within the different communities in the country.

And while the vouchers allowed pregnant women to access a range of services which could have cost them about Shs80,000, the vouchers were sold to them at just Shs4,000. Namayanja says it’s important that the vouchers are sold and not give free of charge as is the case with some health interventions.

“We worked with the communities to tell them that by a woman investing in a voucher and getting a package of services equivalent to Shs80,000, they are in a way contributing to and taking charge of their own health,” notes Namayanja.

A case of success

Dr Jonathan Wangisi, the District Health Officer for Mbale, in Eastern Uganda, says since its inception, the voucher system has helped improve maternal and child health indicators in the region, and also increased facility-based deliveries over the past five years.

“By the time the voucher system was introduced in Mbale, only 20 per cent of pregnant women were coming for antenatal care within the first trimester. Now 42 per cent of women show up for antenatal within the first trimester. That’s important because the earlier the pregnant woman shows up at the facility, the quicker we are able to assess the progression of the pregnancy,” explains Dr Wangisi.

In northern Uganda, Proscovia Ayo, a voucher distributor says antenatal visits have also improved because of the vouchers. “Before the vouchers were introduced, many women in districts like Alebtong, Kole, Lira and Otuke were not exposed to four antenatal visits and facility deliveries were few,” says Ayo.

When expectant mothers come to the health facilities within the first trimester, they are also more likely to attend at least four antenatal visits by the time they give birth, although the World Health Organisation (WHO) recommends at least eight antenatal visits to reduce perinatal mortality and improve women’s experiences of care. “Many women die during pregnancy because they only show up at the facility during labour. At this point when the delivery is complicated, it is difficult to make the necessary emergency referral.”

Dr Wangisi also says that with the help of the voucher, institutional deliveries in Mbale have increased in the past five years from 64 per cent in 2016 to 84 per cent currently.  “This huge increase in institutional deliveries is also because we have brought private health facilities on board. Women can now access high-quality care in the private facilities that are implementing the voucher programme,” he says.

Dr Denis Buluma, the Deputy Chief of Party for the Uganda Voucher Plus Activity says the initiative has strengthened private-public partnerships within the different districts where it has been implemented. “What the voucher system did was to draw a lot of traffic to private health facilities because we created demand for services,” says Dr Buluma.

“As the project ends, families and communities we targeted will be able to continue accessing high-quality maternal care because we have addressed sustainability. The private sector will retain their skilled health workers and provide high-quality care for communities to thrive,” says Namayanja.