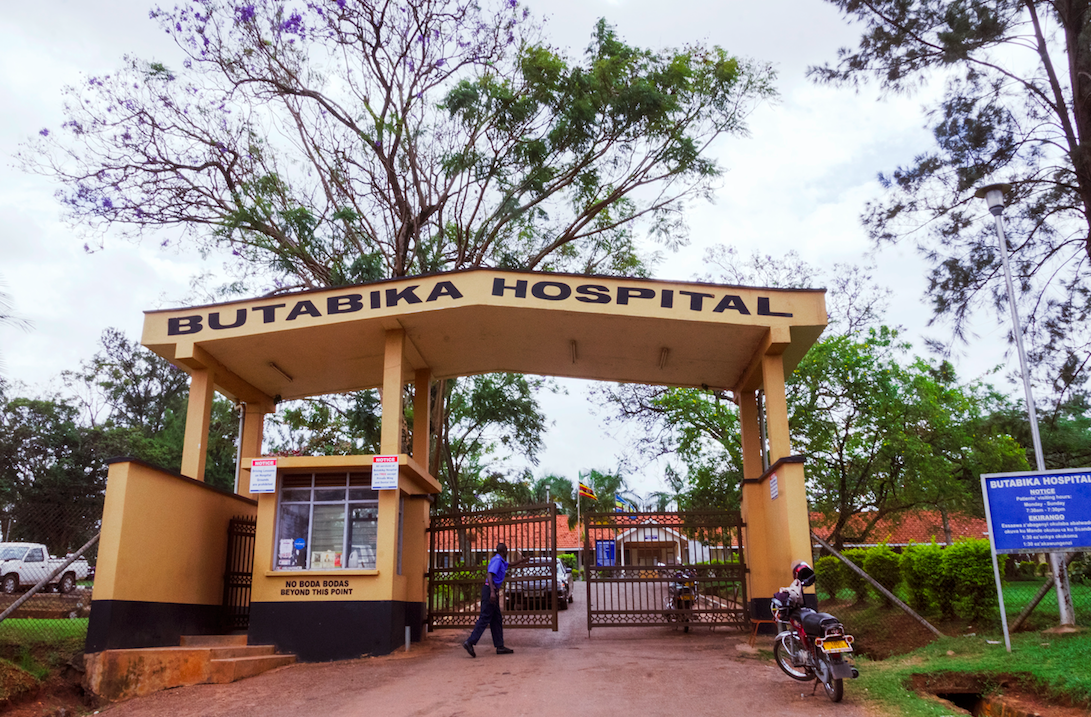 When Benon Kabale was admitted to Butabika mental hospital for the first time in 2005, he did not expect to be locked up in an isolation room.

Kabale lives with Bipolar Affective Disorder, a mental health condition that causes severe mood swings that can range from an extreme high to an extreme low.

At the national referral mental hospital, Kabale says he was stripped naked and left to sleep on a concrete floor. The room was dark, had no windows, ventilators or toilets. He says he was kept in seclusion for more than 24 hours without food or water.

The seclusion, he says, was repeated in 2010, when he suffered another manic episode and had to be admitted to the hospital again.

“I’ve been admitted to Butabika three times, but it was on the first and last visits that I felt my rights were grossly violated. I was manhandled and subjected to treatment using an injection and no one would really listen to me,” said Kabale.

“The rooms have strong metallic doors and when you are put in there, no one would know. Even if you shout, you can’t be heard,” he said.

Kabale, who now spends most of his time doing community sensitization as a mental health peer educator says through his interaction with other people living with mental health conditions, he learnt that many had gone through similar experiences.

The Centre for Health Human Rights and Development (CEHURD), a health rights organization said they had received similar complaints from other patients, prompting them to take action.

And so in 2015, CEHURD teamed up with Kabale to sue the government, with the hope that court would compel Butabika and other mental health facilities to end the practice of locking up patients in seclusion rooms, which they argued was a gross violation of their rights. They also hoped the courts would compel the government to develop standard operating procedures that would prevent and minimize the use of seclusion while handling patients.

“Often, some patients when put in these rooms become depressed due to the lack of human contact, consequently making their mental conditions worse,” said Primah Kwagala, the program manager for Strategic Litigation at CEHURD.

In suing the State, Kabale said he was more interested in an outcome that would result in putting in place standards to protect the rights of people with mental health ailments at all times.

In the suit, Kabale and CEHURD also wanted the court to declare that the lack of toilets and other sanitation facilities, lack of beddings and detention for long periods of time without food or water amounted to cruel, inhuman, and degrading treatment.

They further wanted the court to declare the practice of sedating and undressing patients before being placed in seclusion rooms a violation of the right to privacy.

According to Kabale, the coercive nature in which patients are handled deprives them of the right to tell their story and be understood.

“If health workers can handle patients in a way that allows them to express themselves, it could also allow them to consent to the mode of treatment that they would want to be subjected to,” he said.

In its defence, the government said seclusion rooms were only being used to hold patients temporarily as treatment was being administered, and that once the medication took effect, patients would be removed from such rooms.

The government further argued that in some cases, seclusion was only being used as a last option, rather than a routine, in the control of patients who were deemed to be a danger to themselves, to others and health workers who handle them.

In March this year, the court, however, dismissed the case on the grounds that one person’s alleged experience was not enough to be used as a yardstick against what other mental health patients go through across the country.

Dr David Basangwa, the executive director of Butabika Hospital, said seclusion is not treatment but a procedure to facilitate treatment.

“We used these isolations rooms in the past to deal with aggressive patients,” he said.

He explained that when a patient is brought to the facility and is aggressive and violent, the first step is to give them medicine that helps them calm down. While for some patients this process works fast enough, for others it is more complicated and may take a much longer time.

“If you inject someone and they fail to sleep, you can’t keep injecting them because you will overdose them. So as we wait for the medicine to work and calm them down, we put them in a separate room away from other patients and remove them when they have calmed down,” Dr Basangwa explained.

He said the alternative is usually to have three or four other health workers hold down an aggressive patient until the medication works—which could take several hours.

“But in a situation like Butabika where I may have three nurses in the ward, it means all three have to be diverted to one patient. That would leave the other 100 patients without anyone attending to them,” said Dr Basangwa.

Kabale said despite the legal setback, presenting his case before the courts helped bring to the fore challenges around mental health in the country.

“Our thinking was that this kind of litigation would bring to light some of the challenges patients with mental health face in these locked institutions,” said Kabale.

Stigma has always been cited as one of the biggest challenges people with mental health conditions face in Uganda. Some of the cases are often linked to witchcraft, and therefore people do not seek proper medication until their situation gets worse, requiring a more intense form of treatment.

Makerere University law professor Ben Twinomugisha who has led several health rights litigation cases said it was unfortunate that the judge dismissed the case by stating that seclusion was a legitimate procedure and not a violation of the rights of patients.

“Judges are out to promote the rule of law and therefore it is the role of the judiciary to enforce human rights without fear or favour of the law,” he said.

According to Prof. Twinomugisha, the laws of Uganda clearly spell out the protection of the rights of people with mental disabilities, including respecting their dignity.

He said seclusion was very restrictive and could not be regarded as a form of treatment.

Instead, he said with available advances in science and technology, mental health facilities can use more acceptable and humane methods of handling patients.

“So this case was challenging the continued violation of human rights by the hospital. It was also challenging the actions of locking up and undressing patients in two square-meter seclusion rooms which have no toilets and are poorly ventilated.”

He added: “We believe that for the right to health to be fully realized, health services ought to be available, accessible, acceptable and of good quality.”

But even after losing the case, Kabale and CEHURD have not given up yet. They have made an appeal and hope the judges will find their case compelling enough to decide in their favour.

“The first case was just a starting point. But as someone who feels we need justice for mental health patients, we decided to appeal the judgment. We are hoping for better,” said Kabale.

The exact number of people living with a mental health disability in Uganda is not known but according to Dr Basangwa, the number is growing as reflected in the number of admissions to the hospital. Two years ago, there were 750 patients admitted at any one time at the facility. Today that number stands at between 850 to 900.  Globally, he said mental illness contributes about 14 per cent of the global disease burden.

Based on the cases seen at Butabika, most mental health cases are triggered by conditions such as depression, psychosis and alcohol and drug /substance abuse.

The country has 33 psychiatrists according to Dr Basangwa. Seven of these are based at the Butabika National Mental Referral Hospital.