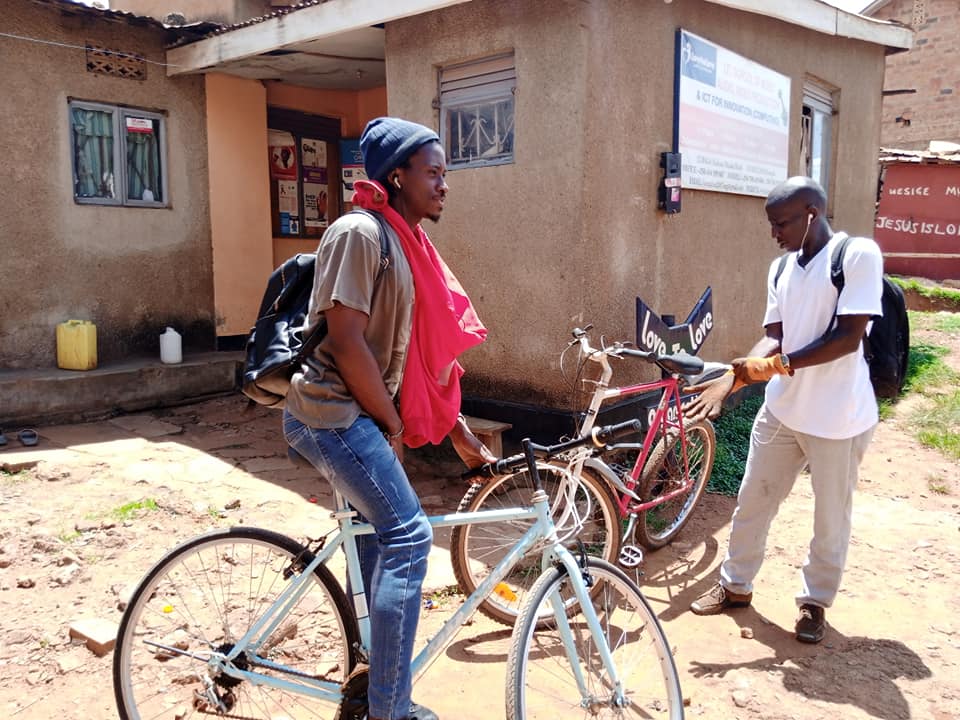 Simon Bukenya has become a household name among people living with HIV/Aids. He is the reason they can continue taking their Anti-retroviral (ARVs) drugs without any interruption or fear of missing out on their next refill.

With public transportation suspended and the country under lockdown as part of the measures that the government has adopted to control the spread of COVID-19, Bukenya, like many other volunteers have taken up the role of delivering life-saving ARVs to people living with HIV within Kampala and Wakiso district.  “There was a lot of outcry from people saying they had no way of reaching the health facility yet they had either run out of their drugs or were about to run out of them. That’s why I went on my Facebook page and announced that I was volunteering to pick ARVs from the health facilities to deliver to homes for those who were stranded. I also asked my friends to share the post so the message could reach far and wide,” he says.

Bukenya is also living with HIV. And he has experienced first-hand what failure to afford transport to be able to go to the health facility means.

And so, he didn’t want the same thing to happen to others. He says he had to act fast. Indeed, within hours and days, he was overwhelmed by the several calls and messages that came in from those who sought his help. For people living with HIV, keeping the virus suppressed in the body is not only vital for improving their overall health, it also reduces the risk of transmitting the virus to their sexual partners.

But this can only be achieved if people continuously remain on medication as recommended by health workers. There are an estimated t 1.4million people living with HIV/Aids in Uganda, and up 1.1million of these are actively on treatment, according to figures from the Aids Control Programme of the Ministry of Health. The lockdown, Bukenya says should not be the reason people interrupt treatment.

The National Forum of People Living with HIV/Aids Networks in Uganda had raised similar concerns about the implication of people having to stop taking their medication because of the difficulty they were experiencing accessing health facilities. “My hope is to see those living with HIV continue to live normal lives. Otherwise, once they stop taking the drugs, the virus will multiply in the body and they will suffer even more health complications, Bukenya says.

His schedule usually starts the night before. Those who need to place orders for their ARVs reach out to him through a phone call or message via Facebook.  They give him the details of their names, contacts, facilities where they have been registered to receive drugs and their places of residence. He then writes those details in his notebook and groups the names according to the facilities where the clients are registered. That way he can move easily from one facility to another—and save time.

The next morning Bukenya then gets onto his bicycle from his home in Nateete to start the day. With a backpack strapped to his shoulder which he will use to hold the drugs, the first stop is usually the health facilities. There, he hands over the names to the health workers, who run through their records to verify the details before handing over the drugs to Bukenya. And then starts the long journey of distributing the medicines to the beneficiaries. He also ensures to observe safety protocols such as social distancing, wearing masks, and using a sanitizer while out in the communities.

“Initially the challenge wasn’t just people being unable to go to the health facilities, even health workers had no means of getting to their workplaces, so they didn’t arrive early enough and that affected how many people I could reach per day,” explains Bukenya.

He adds: “People live far apart from each other. If I don’t reach them on the scheduled day, I call and tell them I will deliver the drugs the next day.”

Another challenge for Bukenya has been the 5:00 pm movement restriction imposed by the government for those using bicycles and motorcycles. That means from distributing the drugs, he has to factor in the time it will take him to make the journey back to his home before the curfew, lest he gets arrested by police that has been stationed at all major roads 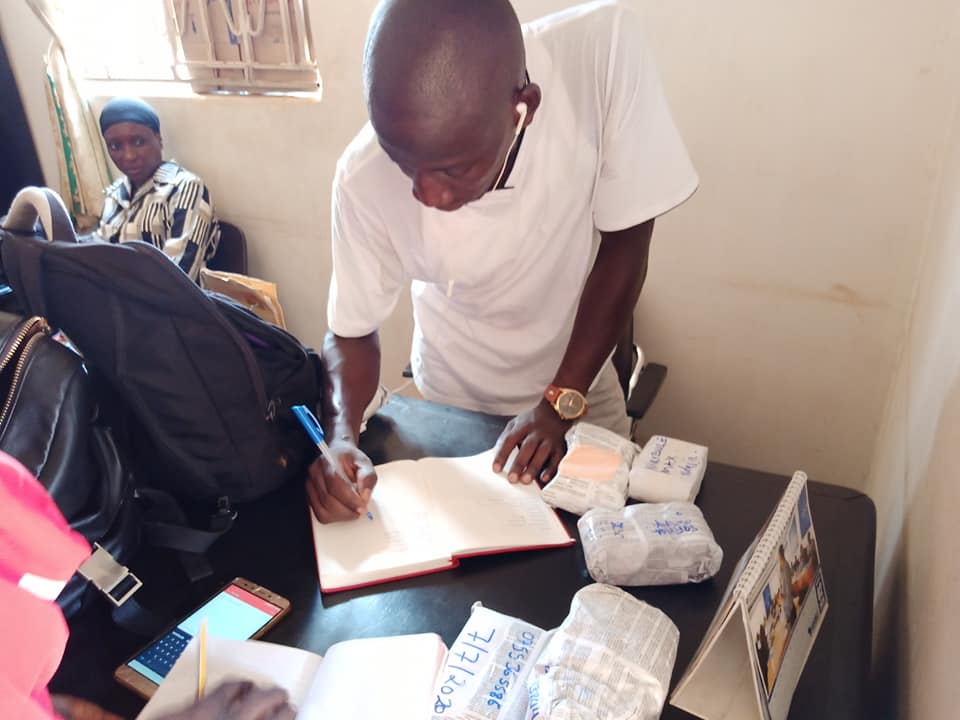 Simon Bukenya at a health facility where he registers the ARVs he has received for distribution. (Courtesy Photo)

So far, Bukenya has delivered ARV drugs to close to 200 people, some residing over 20 kilometers outside the city. Robert who has been on ART for the past 8 years is one of those who have been reached with treatment. He says he often gets his refill after every two months but had run out of the drugs two days before Bukenya made the delivery. “Someone told me about him and when I reached out, he delivered the drugs right to my doorstep. I hadn’t taken my drugs for two days. I’m so happy now,” says Robert.

Justine has also had to depend on volunteers like Bukenya to get ARVs to her 60-year old relative. “He came in handy when we needed help. Now we have medicines to take us another three months. In fact, he (Robert) has now become my good friend,” says Justine.

Besides the long distances that he covers, Bukenya also has to incur the cost of making phone calls to the people he is delivering the drugs to, once he arrives in their neighborhoods. “Sometimes you deliver the drugs to a place you have never been to and then you have to call the person several times for directions to their home. That cost is usually incurred by me because many of these people are poor.

Some of the younger people living with HIV can be easily reached through social media platforms such as WhatsApp and Facebook. But Bukenya says affording the daily Over-The-Top (OTT) social media tax also becomes a setback. “Sometimes I don’t have the money to buy data plus the additional OTT tax,” he says. But Bukenya’s work with HIV hasn’t just started with this volunteer role. He is also the founder of an organisation called Live Alive Network, which largely works with young HIV positive mothers and people with disabilities. “There is still a lot of stigma when it comes to young HIV positive mothers. We realize most times they are neglected by their communities. So, our advocacy largely focuses on improving access to healthcare to them and fighting stigma,” says Bukenya.

The last two weeks have however affected how many people Bukenya is able to reach with life-saving drugs after his bicycle was stolen outside of the Uganda Cares HIV clinic located at St. Balikuddembe market. That was on April 21. He had, as he often does, placed his bicycle outside the verandah of the clinic before getting in to pick up the medications. By the time he returned outside, the bicycle was missing. Organisations such as Uganda Cares have since the lockdown been delivering drugs to patients using bicycles and motorcycles.  And so they work closely with volunteers like Bukenya to ensure people living with HIV do not miss their drugs.

Despite this setback, Bukenya says he could not sit back while his services were needed and so he has been making deliveries on foot. He admits it takes much longer to move from one place to another, and so that also means serving fewer people. “Now I worry about being able to walk back home and beat the 7:00 pm curfew. That’s my biggest challenge at the moment,” he said.