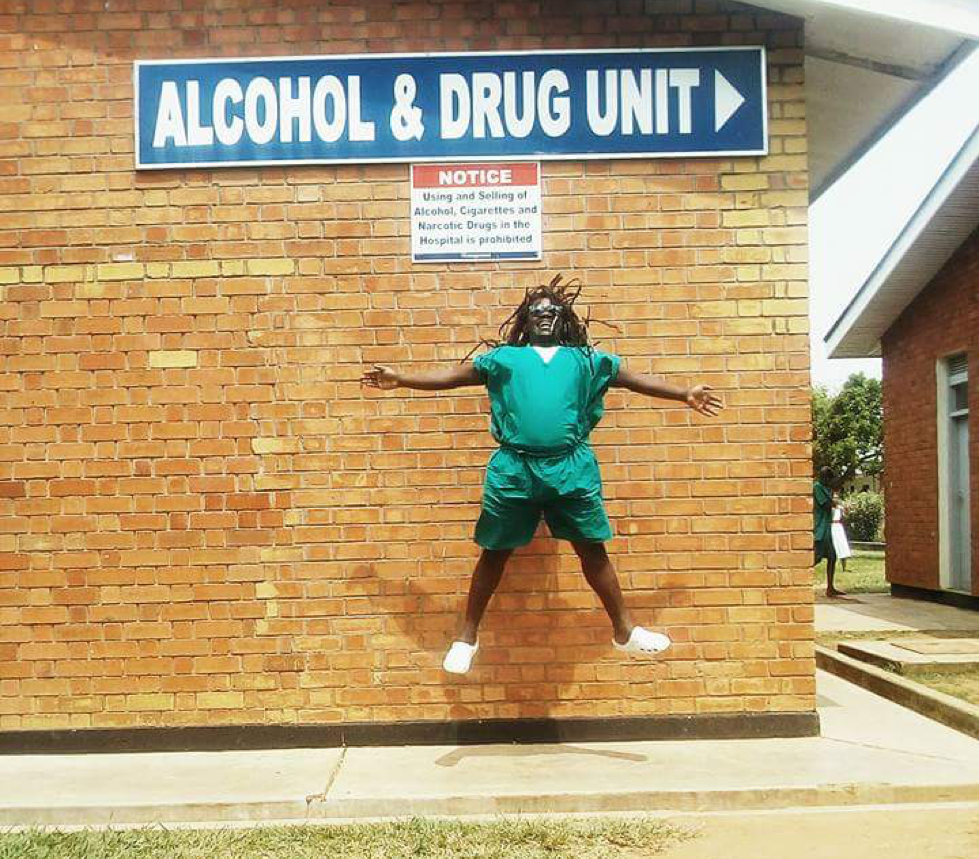 A delicate balance between serving the vulnerable and conflicting demands of patient welfare.

Going to rehab to treat drug or alcohol addiction is no cup of tea. Former addicts will talk of the fear of stigmatisation and the feeling that mental hospitals are akin to prisons.

For Kennedy Zziwa, checking into Butabika Hospital – Uganda’s only national referral mental facility – was a daunting one for a different reason.

“The first question I asked was; ‘are you going to cut off my dreadlocks?’ They said no. ‘Am I allowed to wear my perfume?’ They said yes”.

“I had to ask because these were things that were so important to me in that moment,” Zziwa says, laughing as he recalls the first day he was admitted at the Drug and Alcohol Unit at Butabika Hospital.

Mental health patients have a right to enjoy the same freedoms as other citizens except in instances when they are considered a danger to themselves, to other people or property.

At Butabika, Zziwa says he saw patients (especially the non-paying ones) having their hair shaved off because they needed help with hygiene. “Government is supposed to keep you clean, the medics even wash you,” he says with a smile.

Zziwa says he checked himself into Butabika willingly; he was also a private patient and that perhaps explains why he didn’t feel like his freedoms were taken away.

“Even when there were hardships, I didn’t feel the pain. But I had friends who were there unwillingly and everything there seemed bad – the food, the people…”

Zziwa, who goes simply by the name Zziwa of HairbyZziwa Studios, decided to get help for his drug and alcohol addiction in June 2017. At the time, he was admitted to Butabika for a month. However, in March 2018, he relapsed and was readmitted at the hospital for two weeks.

He is confident that his last admission will be the last time he checks into rehab.

At his hair salon in Kisementi, one of Kampala’s up-scale shopping areas, the 31-year-old sports the typical Zziwa look – a pair of shorts and his gold-tinted dreadlocks held back in a ponytail. When I arrive at his hair studio, it is a bee-hive of activity. By 9:00am, a group of five students have already arrived for training in hair dressing.

The road to addiction

Zziwa had been drinking for 12 years before he got introduced to drugs.

The pressure from friends who were doing drugs got strong, especially at the time when he had just started his salon business.

“I was doing cocaine mostly every day. It was very expensive because a gram goes for Shs100,000 and I was doing a minimum of three grams per day, plus the drinking; and you know how expensive it is here.”

“It got to a point where drug dealers were loaning me drugs.”

One night, Zziwa bought about three grams of cocaine but one gram went missing.

“I think one of my friends stole it,” he recalls, laughing.

He adds: “I never moved with cash. You know as an addict you lose financial intelligence so the only way to save some money is not to move with the money.”

Desperate for drugs, but with neither cash nor ATMs on him, he called the drug dealer to loan him one more gram so  that he could get the three grams he had planned to use for that night. His dealer refused because he had already loaned him. He said he would give Zziwa some drugs only if he deposited his phone as security.

“I thought to myself no, I cannot give him an iPhone for just 1 gram, so I asked for three more grams in exchange for the phone. The drug dealer agreed.” 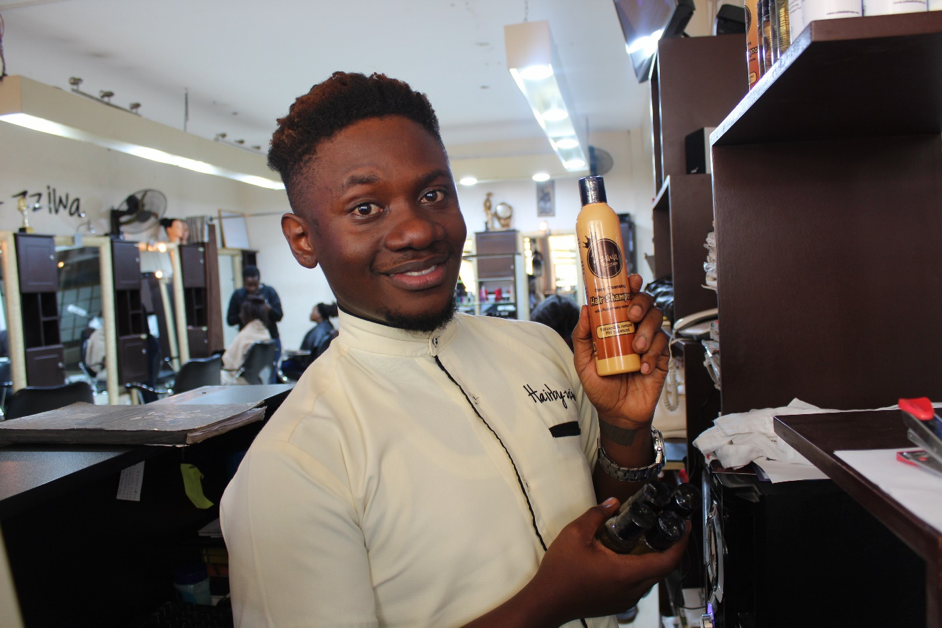 On his way home, Zziwa wondered when and how he had got to the point of mortgaging property for cocaine. That was Zziwa’s turning point. He went to bed that night vowing to get help the next day.

In the morning, Zziwa called a friend to drive him to rehab. They went to a private facility on Entebbe Road but Zziwa didn’t like the place because he could tell the patients were high. They turned back and he decided he would go to Nairobi instead. As they were still figuring out how to go to Kenya, his friend convinced him to try Butabika.

“When I got there (Butabika), I was sleeping; my friend just woke me up. When I opened my eyes, the place was green, it was clean, it was serene, the real meaning of serenity. It was beautiful.”

Located on the shores of Lake Victoria, the hospital boasts of well-tended green lawns. At the height of a heat wave in the rest of Kampala, Butabika Hospital hits you with a cool breeze from the nearby lake. To the onlooker, there is no sign of chaos you would associate (wrongly) with mental illness.

Admission took a while. Finally Zziwa was given a bed while his friend handled the paper work. Zziwa was given a uniform to wear. He didn’t mind, after all his dreads and perfume wouldn’t be touched. Soon, a nurse arrived with injections. Zziwa dreads injections told the nurse as much. She insisted that it was the treatment he was going to get.

“I was already high and had anger issues. I lost it and started shouting, ‘I know my rights, you cannot treat me like that.’ She insisted and said, you are not the only patient. I have other patients to attend to.’”

Zziwa told the nurse that he was not “a patient”.

“I was still in denial. I told her ‘I came here by myself, it’s my life, my rules’,” he recalls, laughing.

His screaming worked. The same nurse went and returned with tablets instead of the injection. He took them, went to his room, and locked himself in.

“I was really tired by then,” he says, adding that he was afraid the tablets would sedate him and the nurse would use the chance to inject him in his sleep.

“I didn’t open the door until the next day when I was sober.”

Surprisingly, Zziwa woke up feeling so good that he even asked the nurses for an injection willingly. He inquired how it would be administered. When they told him he could get it intravenously through a cannula inserted in his vein on the wrist or on the buttocks, Zziwa chose the IV option.

“I got the injection twice a day for the first two weeks, then once a day when I improved,” he says, adding that he was still given pills.

Dr. David Basangwa, the Executive Director of Butabika Hospital, says sometimes they hold down patients, particularly those with psychosis. Psychosis is a severe form of mental illness where patients hear voices or see things that don’t exist. Some of them are aggressive.

“Holding patients down is not treatment but it facilitates treatment; two or three people hold down a patient as we wait for the medicine to take effect. It’s not really done in bad faith.”

He explains that sometimes patients have paranoid delusions that’s why they tend to fear injections.

“All our medicines come through the National Medical Stores, cleared by the National Drug Authority. We have had patients claim they have been injected with lethal injections many times but they have never died. That’s what we call a delusion. When you are delusional, whatever someone does, it seems to not be in your interest. You think they want to hurt you,” Dr. Basangwa says.

I ask Zziwa if he was allowed visitors during his one-month stay at Butabika.

The patients get visitors on Mondays and Thursdays from 9:00am to 5pm. “Only people who the nurses know are allowed to visit to prevent smuggling of drugs into the hospital,” he adds.

Generally, treatment for private and public patients is the same. They watch TV and play sports together. However, patients on the general ward eat posho and beans a lot. Some also don’t have anyone to visit them.

Zziwa says only patients from Kireka Ward didn’t join the rest for sports on Fridays because they are too “strong”. “Some of them are got from the streets. They are too aggressive, they can jump everywhere. It’s like they have super powers. The sedation I think keeps them controlled.”

Zziwa recommends Butabika Hospital for anyone with mental illness or drug addiction.

“There’s no corruption, no bureaucracy. Everything is just straight forward. It does not matter if you are the president’s son; once you are there, you are a patient,” he explains.

“It’s the only place I have been to and never felt like I was being judged for either having tattoos, dreadlocks, or not being religious enough.”

Zziwa would like to see an increase in co-curricular activities at the facility.

“These mental health patients are geniuses. You can find extremely talented people, very artistic. I wish the hospital could find ways of helping them discover themselves better.”

Mental illness on the rise

According to Dr. Basangwa, mental illness is on the increase globally as part of a surge in cases of non-communicable diseases.   It is estimated that mental illness contributes to 12 percent of the global disease burden and heading towards 14 percent. By the year 2020, depression will be the most common diagnosable mental illness in the world, second to heart diseases.

“We are recording an increase in the number of patients every year. If you go by our admission rates or bed occupants three years ago, at any one time we had about 750 patients admitted. Today, on average, we are seeing 850 – 900 admitted,” says Dr. Basangwa.

On average, the hospital receives150 patients daily, up from about 100 patients previously.

“Some of these are new but there are those coming for refills.”

Dr. Basangwa says many of the mental diseases tend to be chronic. “About 30% – 40% get treated and get well and don’t have to stay on medication. But about 40 percent are on prolonged medication, maybe for 4-5 years. For others, treatment is on and off. We have a percentage of patients who are on treatment for life, about 20-30 %. Which is not unusual; many other diseases people stay on treatment for life,” explains Dr. Basangwa.

There are many reasons why mental illness is on the increase. Dr. Basangwa says about 90 percent of the patients they see have mental illness as a result of HIV/AIDS. Fortunately, they recover with treatment. Other causes include severe malaria, substance abuse and genetics, among others.

The good news is that mental illness is treatable and treatment is available. Government has included mental health as part of the minimum health care package so that all facilities in the country at all levels can manage mental health patients or make appropriate referrals.

“Mental illness is not a single disease; it’s a variety of very many types, and treatment depends on what type of mental illness you have. Treatment for mental illness is very possible and that’s something many people have not yet understood. Science clearly shows mental illness as a biological disease; we know what goes wrong, where it goes wrong. That’s why there’s need for sensitization in our communities,” says Dr. Basangwa.

Funding and human resource shortages remain huge challenges for mental health. Uganda has only 33 psychiatrists, and seven of these are at Butabika Hospital.