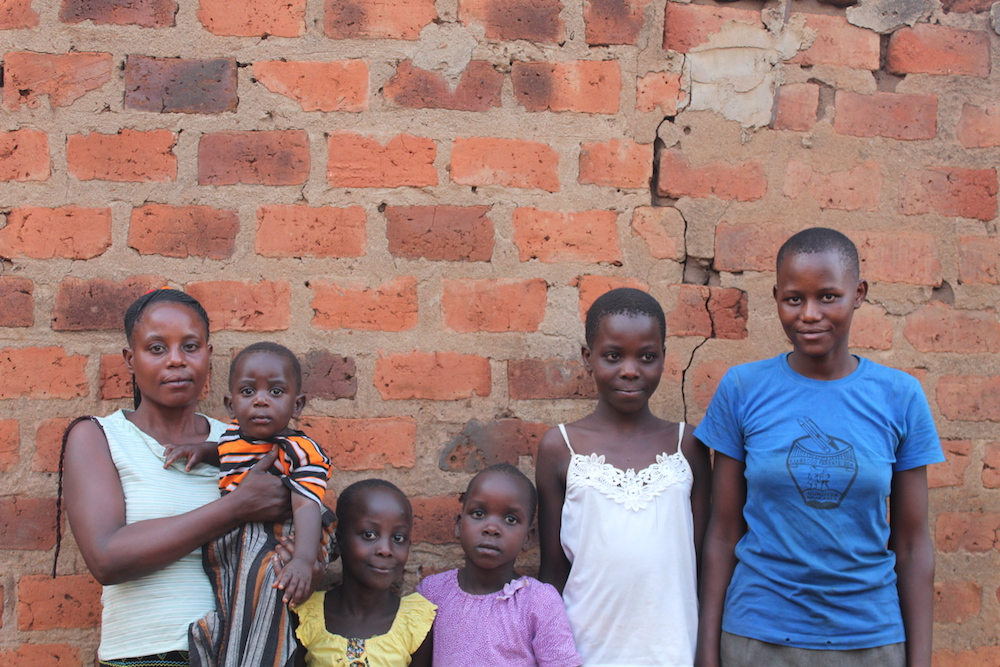 On the surface, Matuusa village is not any different from any other impoverished community in rural Uganda. Several kilometers of a dusty, winding road through tall trees and large farms lead to a quiet village where children clad in dirty rags play with balls made from old polythene bags, as they swat flies from the mucus stuck to their noses. Women spend their days bent over the brown earth, cultivating the vast gardens of coffee and beans. A close-knit community on the outskirts of Luweero District, women in this village grapple with the challenge of family neglect. With so many absent husbands and fathers, they remain the breadwinners of their families with little to no income.

For Jesca, John had always been a good husband and father until a few years back, when he took on a second wife.

“When we married, I had one child from a previous relationship. He promised to look after her like he would the other children that we would have. He started a business for me, which thrived for a little while but soon collapsed because he took out all the money. When he got a second wife in Luweero, he would just take all the money meant for the business to her. Soon he started spending weeks without coming home and even when he comes, he picks food from the garden, sells it and disappears again,” she narrates. “He is not violent, he has never beaten me, but he doesn’t take care of the children. Now we have six children but he does not provide anything for them. He constantly hurls insults at my daughter, telling her to go find her father.”

To support her family, Jesca, like most of the women in this village, tills other people’s land for a flat fee, which she uses to buy scholastic materials for her children, attending free Universal Primary Education (UPE) schools. She also digs in her small garden for the food that they eat at home.

Just like Jesca, Prossy has been both mother and father for her children, for close to a decade now. Her woes begun 11 years ago when her husband left for the city in Kampala to work as a security guard.

Life had not always been kind to Prossy. After the death of her parents in her infancy, relatives took her in and supported her in turns. At 14, she met and married her husband, then 19 years old.

“I was working as a house girl in Kampala and he used to work in a shop selling cold drinks. When we met, there were some misunderstandings with his bosses so he had to leave. That is when he brought me here, to his parents’ house,” she says.

When asked why she got married so early, she says her life had been so harsh; marriage was her only hope for better days.

“We are poor people, we do not have much so my life has always been a struggle,” she says. “He was a good man, the best. He said he would take care of me. I knew he didn’t have much too but we would work and grow together.”

Now at 33 years old, Prossy is a mother to six children with no husband in sight.

“When he went for training, he only comes home back once in a while. He has been gone for four months now. And whenever he comes it is always chaotic. He starts quarreling at everything, at me and the children then he goes back claiming that he cannot live here,”

Prossy says he does provide but minimally after months of begging. She caters for the bulk of their expenses, by digging in people’s gardens and taking on other odd jobs.

With the majority of women in this village barely making enough for survival, they single handedly support their families with little to no help from their husbands. Article 24 of the 1995 constitution of Uganda provides for the protection of children, the right to be cared for by parents and the right to education. Many children are denied this basic right due to the absence of their fathers.

The Face of Poverty in Bwaise, One of Uganda’s Largest Slums