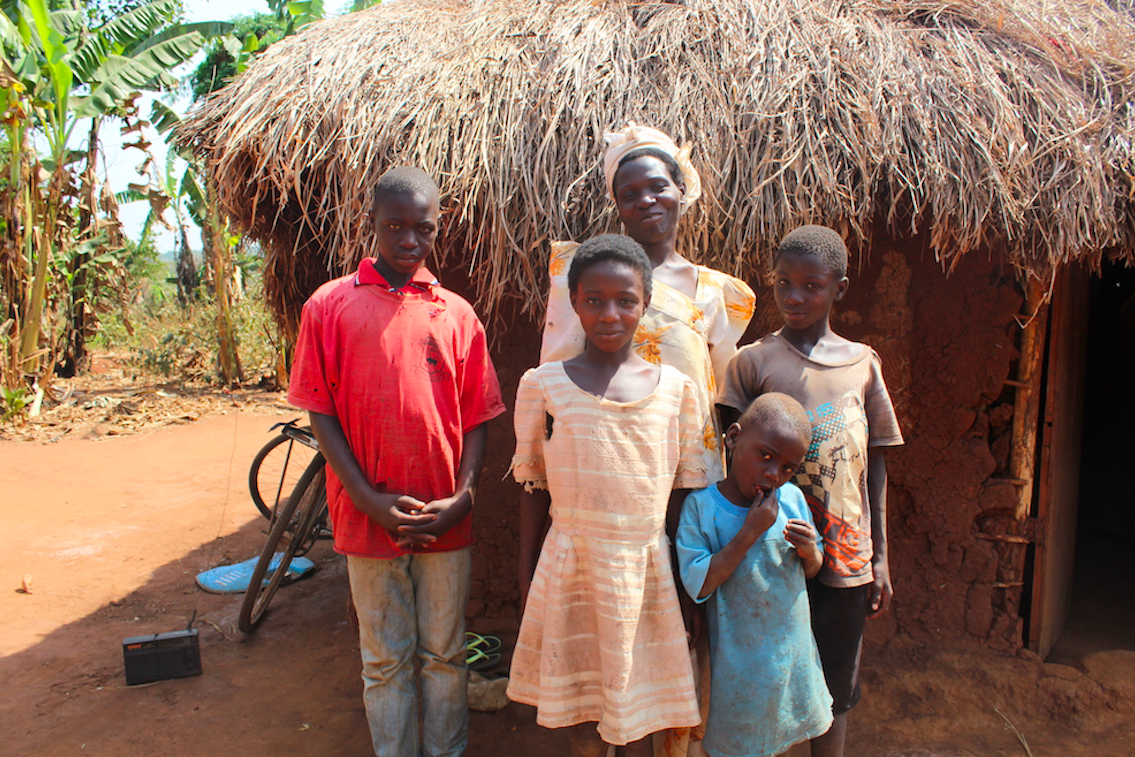 For many of us, a child is a blessing. When you have two, three, four and more, those are multiple blessings. We imagine a home filled with the little joys and laughter. Oh their little feet, and little hands wrapped around your finger. Those little miracles are God’s tokens; vouchers of happiness waiting to be cashed in when those little angels take their first step and learn to say mama, dada.

No one ever tells you about the work, the sacrifice and the loss because making it look easy is the charm. Nakilijja Rehema knows the truth, but like most of us, no one told her about the romance between love, loss, sacrifice and pain until she found herself entangled in all these trappings at only 14 years.

Life changed for Rehema when she told her boyfriend (Phillip – not real name) of her pregnancy. Young and in love, she expected nothing less than his happiness. Yes, he was happy. He welcomed the baby and made an effort to make her feel like all will be okay. She soon gave birth to a beautiful baby boy. A blessing born in an abyss of an elusive love, to be raised by a single mother and to an absent father who soon enough got cold feet and abandoned his son.

Rehema soon dropped out of school, a jobless single mother with the burden of raising a child all by herself. No one had prepared her for this life. No one had told her that people can lie about their feelings, and twist your deepest needs into a gaping deep hole of need, exploiting your desires, promising emptiness and then ripping you from the path that had been promised to you. No one prepares you for that moment when the father of your child decides that he does not want to be a father anymore.

After abandoning Rehema and his son, Phillip took another unsuspecting wife. The design of their marriage required him to make sure that his new wife would never find out about Rehema and his son. He did not send any help to Rehema and his son, leaving her to start looking for a job with no qualification at all and on top of that, she had to be a full time mother because their child was still just a few months old. Life became unbearable as their son was constantly sick. Money was scarce. With the determination of a tornado, Rehema got her son and stormed the home of Phillip with the intention of asking for help. What she did not plan for was the gaze of a murderous angry man. Phillip grabbed a big stick and a panga and threatened to harm both Rehema and their son if they did not remove themselves from his home. Rehema run for her life. This was her first of many firsts to encounter Phillip like this.

Traumatised and very broke, she sent her son to the village to live with her parents as she searched for work. Luckily, she came across a nice lady who gave her a job of peeling Irish potatoes and frying chips by the road side in Nankulabye every evening. The new job was not stable and did not pay much, but it was time to survive! Unlike her son’s father, she did not have the option of opting out of motherhood.

At just four years of age, her son decided to run away from his grandparents’ home. He walked 23 miles heading to Kampala with the aim of looking for his mother. According to Rehema, he run away because he was being mistreated and denied food. He got lost for almost a week. Away from home, without food and security, he was all alone and vulnerable to all types of threats. What if he is dead, kidnapped or lost somewhere? What if he never gets home…these were the thoughts that gave Rehema a number of sleepless nights. Panicky, she solicited the help of the police and announced her son on a few radio stations. Days later, the boy was found with so many wounds, swollen feet and legs.

Without much of a choice, Rehema sent her son to his father’s house to ask for help. After living with his father for a few days, he told her that Phillip’s new wife mistreated him, denied him food and therefore didn’t want him to stay there. After Rehema reported this to Phillip, he accused her of trying to bewitch his wife with the intention of making her leave the marriage.

With the knowledge that her son was in danger, she decided to take her child back and look after him with the little she had.

A few years later, she met the man who would become her husband. He took her in with her son and together they had two more sons. He rides a boda-boda to support the family. Today, at only 26 years old, her eldest son is 12 years old and her other two sons are 4 years and 2 years old. Her husband helped her with her expenses as she studied hair plaiting. She is now working towards getting a certificate and starting her own salon.

Like blessings, problems usually come unannounced. Rehema’s husband got into a serious boda-boda accident leaving him bed ridden. Now, she finds herself back to raising her children alone with the financial burden solely laid on her except that this time, she has three children and a bed ridden husband to feed and cater to. Life!