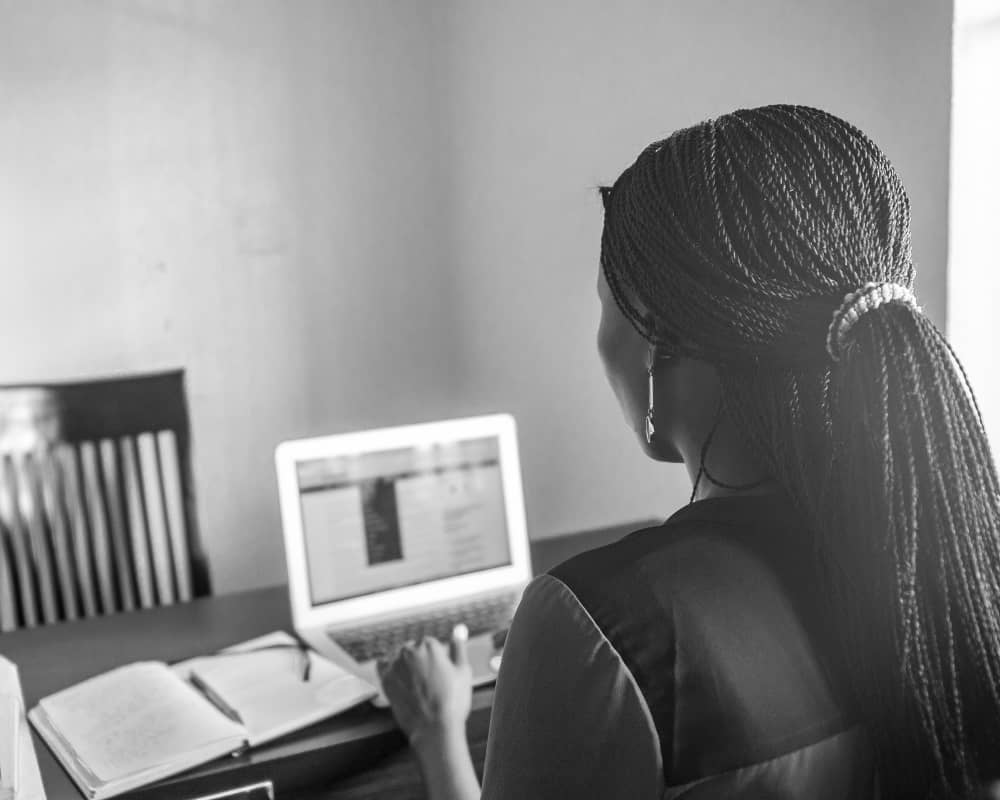 She had often shrugged them off. The nasty messages; often abusive and sometimes pornographic. However, the thick skin only held until one message hit her where it hurt most—her newborn’s paternity. To Veronica Nanyondo, the woman Member of Parliament for Bukomansimbi District, digital presence has always been vital to her candidature. She had made that decision from the onset of her political journey and chose to use mainly two platforms—WhatsApp and Facebook. That is why she started a Facebook page as a Member of Parliament, ‘Team Veronica Nanyondo’, to engage with her constituents and supporters.

She also has a 400-member WhatsApp group where discussions on her projects in the district take place. But even as the group discussed development projects, some new ‘fans’ became hostile or started privately sending her nasty requests, accompanied by pornographic images or even videos. Prior to joining politics, Nanyondo says she had never faced cyber harassment.

Nonetheless, Nanyondo had always taken the cyber harassment in her stride until she gave birth in February 2019. “I was recuperating in the hospital, after the birth of my son, when someone shared a post on my Facebook page detailing how there was a battle amongst different men at the hospital because they all claimed to be the fathers,” Nanyondo narrates.

For the first time, she thought of having the person behind the post arrested but later decided against it. “I knew it was a political set up by the enemies from another camp. I was advised to just let go, just like the previous demoralizing comments I have always ignored,” she adds.

Despite the online harassment, Nanyondo hopes to continue using social media for her 2021 Parliamentary Seat bid. “We have a lot going on, on the Facebook and WhatsApp pages. I update the supporters about my various projects on the ground. And now that the election period is closing in, I have made my intention to stand clear, I have shared my campaign posters and plans for my next term on these platforms,” she explains.

Similarly, 28-year-old Anna Adeke Ebaju, the Member of Parliament representing the national female youth constituency says she loves engaging her supporters online. After all, many of her target group is tech-savvy and online. However, it has not been all rosy, “The sexist comments! So many of those even amidst productive conversations,” she points out.

And that is not all. “For the past three years, someone has sent me nasty messages on WhatsApp and Facebook. I keep blocking him. I actually know who it is,” she says. Adeke says the best way to handle online violence against women is to educate them on what they can do.

“For example, they should learn that they can block the perpetrators,” she says. She adds that sadly, even when victims report to the police, the force is not well equipped to handle cyber-related crimes.

On the other hand, Monica Amoding, the woman Member of Parliament for Kumi District says while she uses online platforms to engage with supporters, it becomes time-consuming and she has ended up hiring someone to do it on her behalf. This, however, often does not work well because the people always want to interact directly with her and not through third parties. She too has not been spared the online harassment. “But I keep blocking and deleting the messages and posts. Although they are too many and I don’t catch them all,” she says.

Everyone should have the right to use technology without harm or harassment. Nonetheless, some use it to abuse, harass, threaten, coerce, monitor, exploit, and violate their victims—which amounts to what is known as tech-related violence. The UN estimates that 95 percent of aggressive behavior, harassment, abusive language and denigrating images in online spaces are targeted at women.

A study conducted by Women of Uganda Network (WOUGNET), titled ‘Investigating Tech-Related Violence Against Women in Peri-Urban Areas of Uganda,’ describes such cases as Technology-related Violence Against Women or tech-related VAW. “Tech-related VAW encompasses acts of gender-based violence that are committed, abetted or aggravated, in part or fully, by the use of information and communication technologies (ICTs), such as mobile phones, the internet, social media platforms, and email,” reads the report.

According to the report, 88 people participated in the study—with the majority of respondents being female. All respondents were either victim of tech-related VAW or knew someone whose case they were familiar with. The respondents were from the towns of Kayunga, Kampala, and Lira.

Tech-related VAW can be categorized as pornography, cyberstalking and sexual harassment. Pornography can be in the form of revenge pornography, which involves revealing or sexually explicit images or videos of a person posted on the Internet.

Cyberstalking involves the use of the Internet or other electronic means to stalk or harass any individual, group, or organization. Victims are said to respond in various ways: shying away from the public, hitting back with abusive words, reporting cases to law enforcers, lawsuits, and in some cases physical violence.

In the WOUGNET study, the majority of the respondents said they would report a technology-related VAW to the police either because it is their duty to maintain law and order or because they believe the Police today has the means of tracing sources of cyber-related crimes. More than half of the remaining respondents (22%) claimed they are not adequately informed of where to report such a crime.

Can the law save the situation?

Under the Computer Misuse Act of 2011, any person who willfully, maliciously, and repeatedly uses electronic communication to harass another person can face imprisonment of up to five years.

It is this law that Sylvia Rwabogo, the Kabarole District Woman Member of Parliament used to bring cyber harassment charges against a 25-year-old man, Brian Isiko. In a landmark case in 2018, Isiko was sentenced to two years in prison for cyber harassment and offensive communication, under the Computer Misuse Act.

Patrick Onyango, the Kampala Metropolitan police spokesperson says the force is well equipped to handle cybercrime, but due to ignorance on the part of the public, many cases remain unreported. “Most people are not aware of the law so even if they are harassed, they tend to ignore and they don’t report so we don’t often get the cases. Secondly, some people fear to report the cases out of shame,” he notes.

Respondents in the WOUGNET study suggested that awareness of tech-related violence against women can be done through the increased use of platforms such as Television, Radio, and Social Media.  The report further recommends that the government, through the Ministry of Information, Communication and Technology and the Police could design messages and send them through WhatsApp.

Female politicians should lead the way

Diana Ajuna, a cyber law expert and academic believes that female politicians who have faced online harassment should be at the forefront of ensuring perpetrators face the law. It is also one way through which awareness can be raised among the public about the issue of online harassment.

“Female politicians might feel that the best way to avoid online harassment is by simply keeping away from the internet or social media interactions but then that will not stop the harassment or hinder anyone from harassing another person online,” says Ajuna.

She continues that the same ideology of regulating harassment offline can be effectively used to regulate harassment online. “Regulation of this behavior that is considered as online harassment can be done through the use of the technology itself, conventional laws and practices, cyber laws, norms, and self-regulation,” she says.