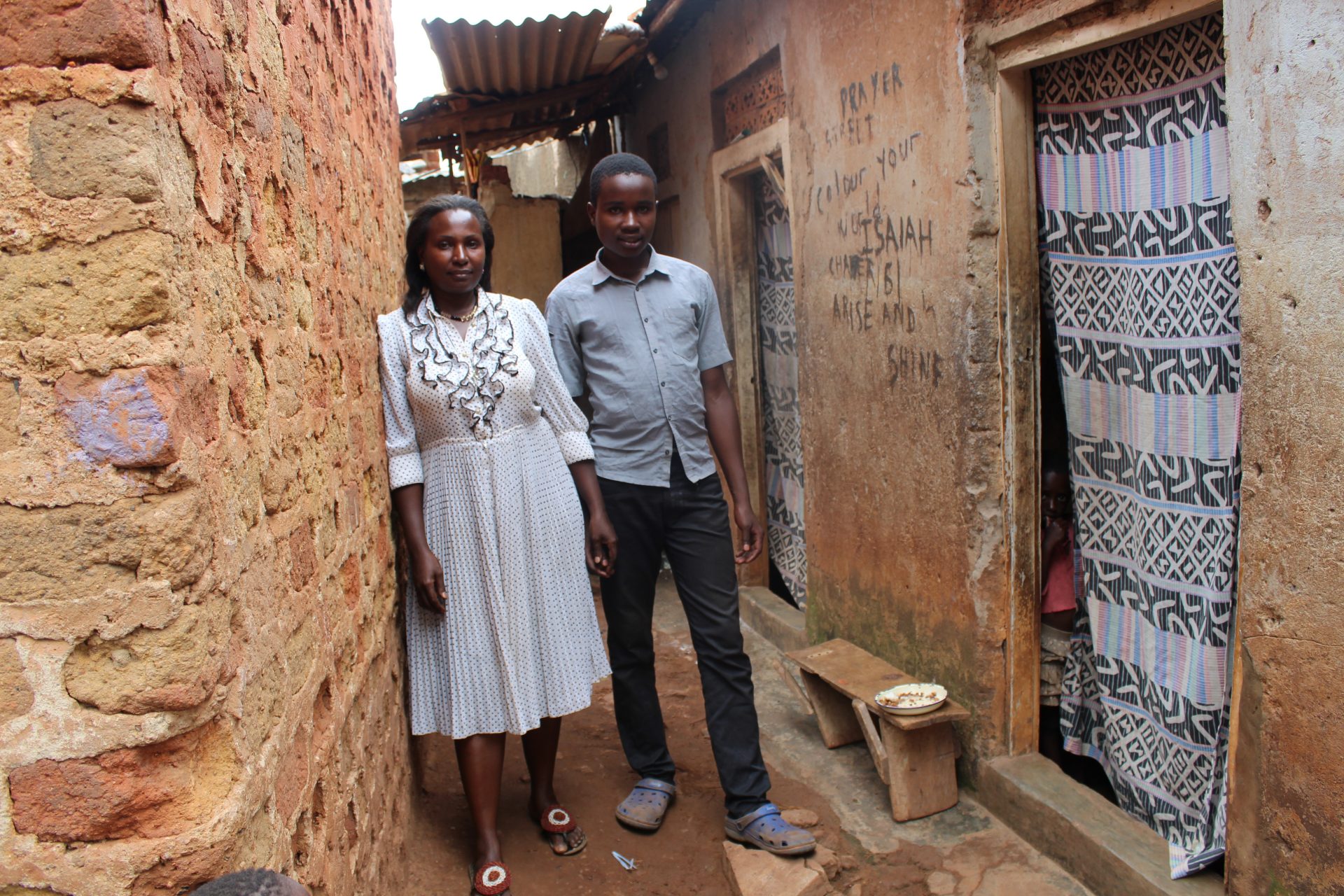 Peninah Tumuhairwe was hesitant when Sylvia Nsehemerierwe, the doctor who had been treating her son for bipolar disorder at Butabika Hospital, referred him to Kampiringisa, a rehabilitation center for juveniles.

“I did not want to take my child to a prison; my son is a good boy; his only crime was that he was diagnosed with bipolar,” Tumuhairwe lamented.

Isaiah was diagnosed with bipolar in 2015, when he was 14 years old. Bipolar disorder, also known as manic depressive illness, is a brain disorder that causes unusual shifts in mood, energy, activity levels and the ability to carry day-to-day tasks, according to National Institute of Mental Health (NIMH).

On that fateful day, Isaiah had gone to visit his elder sister, Bettina, when he started making uncoordinated statements and visited every household in the village, one after the other.

Bettina’s first reaction to Isaiah was a reprimand. However, two days later, when Isaiah went to a wedding uninvited, and told the couple “not to worry about the expenses” because he would pay it all, the pastor of the church thought something was wrong with Isaiah. The pastor, being an acquaintance to Bettina, immediately called her with an offer to pray and fast for her brother.

Then, Bettina called her mother and asked her to “pick up Isaiah.”

Being a resident of Mutungo, a walkable distance to Butabika Mental Hospital, Tumuhairwe decided to take her son for a mental check-up there.

“My friends were telling me to take him to a witch doctor, but I only believe in God and medicine,” Tumuhairwe stated.

From Butabika hospital, Isaiah was given medication that stabilized him until he turned 18.

“I gave him the responsibility to take his own medicine…but then I realized that he had stopped taking his medicine when he became very aggressive.”

“The neighbors were all complaining.  I took him back to the hospital where he was admitted for three months. I checked on him every day,” Tumuhairwe narrated.

Conversely, on the day Isaiah was discharged from Butabika, he disappeared from home when his mother was cooking in the kitchen.

“I searched the entire neighborhood but couldn’t find Isaiah. None of the neighbors seemed to have seen him. I glued my eyes to the door hoping that he would by some miracle show up at our door step,” she said.

At about midnight, Tumuhairwe received a phone call, telling her to “come pick up your thief.”

It turned out that Isaiah had wandered off to Kyaliwajala, a Kampala surburb, about 10 Kilometers away from their home.

“I ran like a crazy woman,” Tumuhairwe said of how she reacted when the caller told that Isaiah had been taken to Kireka Police Post.

The people that had beaten him up claimed that he was with other children he identified only as Moses and Barbara. The revelation made Tumuhairwe weep; because the two are Isaiah’s siblings.

Isaiah is intelligent. He did not forget his siblings’ names, not even his mother’s telephone number.

“Even in his sickness, he has never forgotten my phone number, that is why they called me,” she said.

Tumuhairwe carried her son’s medical report detailing that he is sick, which made the police to release him.

The bruises on Isaiah’s body worried his mother. She feared that he would one day be killed.  She took Isaiah from Kireka Police Station, straight to Butabika Hospital, and narrated what happened, and she was told Isaiah needed counseling.

Rebecca, one of the counselors, took Isaiah through two counseling sessions of 10 minutes each. It was during the counseling that she recommended that he be taken to Kampiringisa rehabilitation centre.

“According to Rebecca, it [Isaiah’s condition] was beyond just the bipolar. It was a conduct disorder,” she Tumuhairwe said.

Conduct disorder is a serious behavioral and emotional disorder that can occur in children and teens. A child with this disorder may display a pattern of disruptive and violent behavior and have problems following rules.”

“We refer a number of children to Kampiringisa, when we cannot handle them anymore,” said Rebecca, without disclosing how many children with unmanageable bipolar disorder they’d referred.

But who qualifies to be taken to the juvenile detention center?

The Children and Family Courts (FCC) established by the Children’s Act, have the jurisdiction to hear and determine most criminal charges against a child except capital ones. There are three levels of courts that can administrate juvenile justice: local councils, the children and family courts, and the High Court.

A child can apply for bail, and if the court feels that this child is not safe being out of a locked institution, they can only be held for a maximum period of three months for capital offences and one month for petty offences.

It is upon this background that Tumuhairwe said her son didn’t qualify to be admitted to the juvenile rehabilitation center.

“I could not allow my child to be taken to a prison. What crime had he committed?” she asked.

Out of desperation, Tumuhairwe went back to the pastor who encouraged her to take Isaiah back to school, so that he is under constant watch by an adult.

Tumuhairwe took her son to Kasawo Secondary School in Mukono, and explained to the teachers about his condition. He was admitted in S.3. The school nurse made sure that he took his medication.

“Those people [teachers] are kind to me. I go to see him [Isaiah] every week, and take him for monthly hospital visits,” she said.

Shafiq, the officer responsible for the welfare of children in Kampiringisa at the Ministry of Gender, Labor and Social Development said, “sending a child who is diagnosed with Bipolar to a rehabilitation center for juvenile criminals is not right”.

“There are procedures one must follow for their child to be taken to Kampiringisa rehabilitation center.  This is definitely a case we must investigate,” he said.

David Kabanda, a senior lawyer with the Center for Health, Human Rights and Development said that sending a mental health patient to a juvenile rehabilitation center is in clear violation of the rights of the patient.

“ From a human rights perspective, the right to health was violated, this child was supposed to be treated in a Butabika which is a National referral mental hospital, the move to refer a patient that has been diagnosed with Bipolar to Kampiringisa, which is a correctional facility is a violation of Article 20 of the Ugandan constitution denying the Fundamental rights and freedoms of the individual are inherent and not granted by the State. Secondly, this is also a violation of Article 24. No person shall be subjected to any form of torture, cruel, inhuman or degrading treatment or punishment. Bearing in mind that Kampiringisa is a correctional facility, sending taking away the liberty of children who have been diagnosed with mental illnesses is unlawful.”