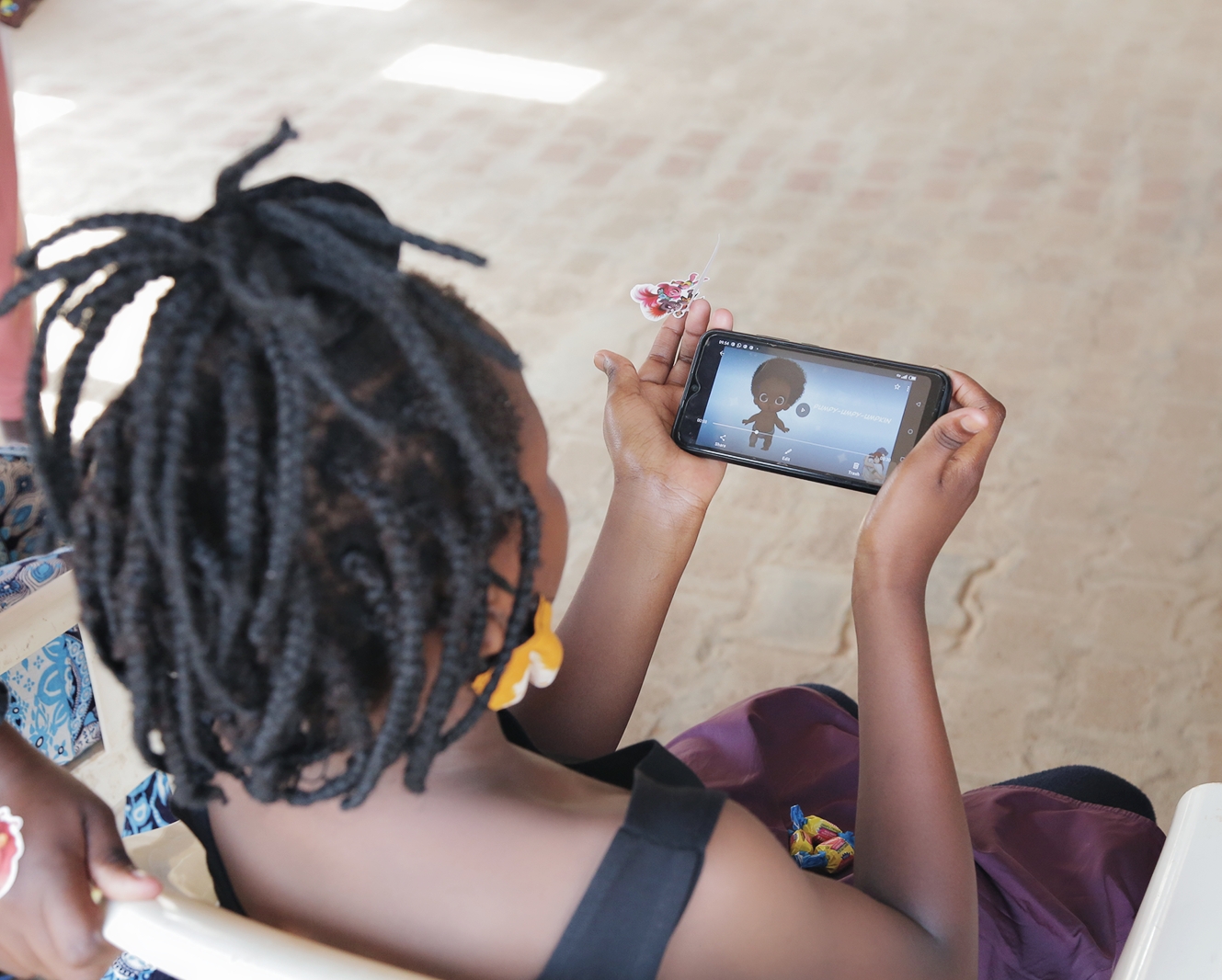 Ignoring a text message in her daughter’s inbox should have been easy. Laura Mbabazi had done it a couple of times before. But when she landed on a gravely graphic message containing nude photos of a man in March, the single mother was livid. Mbabazi, a midwife who asked that a pseudonym be used for privacy, immediately called out her 14-year-old daughter to explain herself.

The Uganda Child Helpline [CHL] received 585 cases of online sexual abuse and exploitation between January 2020 and February 2021. “Most of the cases involved abusers trying to commercialize pornographic images and videos of minors through social media and the internet,” says John Mugisha, the CHL centre manager. The other cases related to exposure of adult pornography to the children [either on phone or computer] and blackmail and unwanted texts, he adds.

But online child abuse and exploitation can induce damaging consequences on the minors. “In some cases the abusers blackmail minors into engaging in sexual intercourse with them,” further explains the child protection specialist. “The abusers disguise as minors and start encouraging children to share their naked pictures. The children don’t see anything wrong, after all they will be sharing with an ‘age-mate’. But after they have shared the photos, the abusers start demanding for sex or threaten to send the photos to their parents or leak them all over social media.”

Joseph Musalo, a psychologist at Uganda Christian University and relationship and marriage counselor, notes that online child abuse, including sexual harassment and cyber bullying could damage a child’s esteem and confidence. “We really need to understand the psychological impact such violations and exposure can have on a child,” says Musalo. “Children who are continuously exposed to this abuse may change their attitude towards sex in two extremes. Some may start to think there is nothing wrong with sleeping around and they will engage in sexual intercourse with anyone, while others might retract and hate everything about sex, even when they become grown ups.”

But what is fuelling this behavior? Musalo blames a “number of things”, including limited guidance from parents and guardians. “Parents are simply not doing their job,” said the psychologist and marriage counselor. “They are not taking care of their children and leaving them to be chaperoned by the internet, phones and computers.” “Everyone is busy and abusers are having a field day, says Musalo. Mondo Kyateka, the commissioner for youth and children at the Ministry of Gender, Labour and Social Development, says in some cases, parents and guardians have been the first source of children being exposed to pornographic material, especially through content on their phones.  “Some parents take photos of themselves when naked and don’t delete or hide them,” said Kyateka. “You will be surprised the first form of pornography children are exposed to is on their parents’ phones or computers. The advent of social media, such as WhatsApp, YouTube, Instagram and VPNs that are hard to monitor have made the problem more prevalent. But not all is lost.

To address this growing problem and create safe spaces for children online, the Ministry of Gender introduced a Child Helpline, also popularly known as Sauti in 2014. The CHL offers toll free telephone services and encourages children to dial 116 whenever they experience any form of abuse whether online or physically.

“It [toll free line] is short so minors can easily memorize it,” said Mugisha. “It works 24/7 and employs professional counsellors who help children when they call.” The CHL also has a case management section, which documents the calls and makes follow-ups to ascertain their credibility and help victims. “All cases reported to the CHL receive counseling before referral,” says Mugisha. “We work directly with psychotherapists and social welfare officers across Uganda and the police to follow up reported cases and help the children.”

“Online cases are some of the hardest to handle,” said the CHL centre manager. “The abusers can be in Nairobi or South Africa or in the USA and say they are in Uganda. They use VPNs and hide their locations.” Nonetheless, the CHL is determined to lessen online abuse and create safer spaces for children. The centre has also set up a portal www.stopit.ug for reporting online images and videos of child sexual abuse.

Deborah Gasana, a child protection specialist [Child Justice] at the United Nations Children’s Fund, said UNICEF too worked with government to “fully integrate” an online child sexual exploitation and abuse [OCSEA] programme into Uganda’s protection system. “We have engaged an institutional consultant to integrate online violence into existing Ministry of Gender guidelines on child violence and Ministry of Education and Sports training curricula materials,” explains Gasana. “This should be completed in June 2021.” With support from UNICEF, the Education Ministry’s National Curriculum Development Centre in May 2020 also uploaded digital content and started dissemination of digitised education module Kolibri [http://e-learning.education.go.ug] that includes online safety.

Thirty-seven [37] modules have been uploaded on the site, 10 of them focusing on online safety for learners in and out of school. And since March last year with most of the learning taking place virtually for school going children because of the COVID-19 pandemic, Kolibri is now considered a major component of the online education delivery model. It is expected to grow in importance as an online platform for education moving forward.

NITA-U, the parastatal mandated to coordinate, promote and monitor information and technology developments in Uganda, highlights the law to lessen online child exploitation. The Anti-Pornography Act 2014, outlaws creation, publication, distribution, and abetting of pornography and child pornography in Uganda while the Computer Misuse Act 2011 prevents unlawful access, abuse or misuse of information systems, including computers and electronic devices such as mobile phones. “We just have to implement the law,” says a source at the authority. “We need to have homes where parents have relationships with their children, where parents know what is happening in their children’s life,” said Musalo. “Parents need to know what’s bothering their children. They need to know who their children are talking to, online or not.”

“When a child who is usually lively suddenly retracts and they are no longer themselves most times something is wrong and parents have to find out what’s bothering the child right away,” adds Musalo. “Sometimes parents ignore clues until the abuse has turned physical. But they need to take action right away.” Mugisha notes that parents could counsel their children on some of the dangers they are likely to be exposed to while online and should always supervise what the children are up to when online. “The internet is a good thing. But we have to use it wisely,” Mugisha further notes. “Parents need to know what their children are reading or watching. They can also configure safety features on some of these gadgets and block ‘indecent’ sites.” “It is not just the phones and computers [which can be dangerous when misused] but also these satellite TVs,” he continues. “Some of them air adult pornographic content. So, parents have to be alert.”

“Schools too should install filters that can restrict and monitor what children are watching,” said the CHL manager. “We can lessen online child abuse and exploitation, but we have to be working together — all of us: parents, guardians, teachers, non-governmental organisations and the law,” says Mugisha.