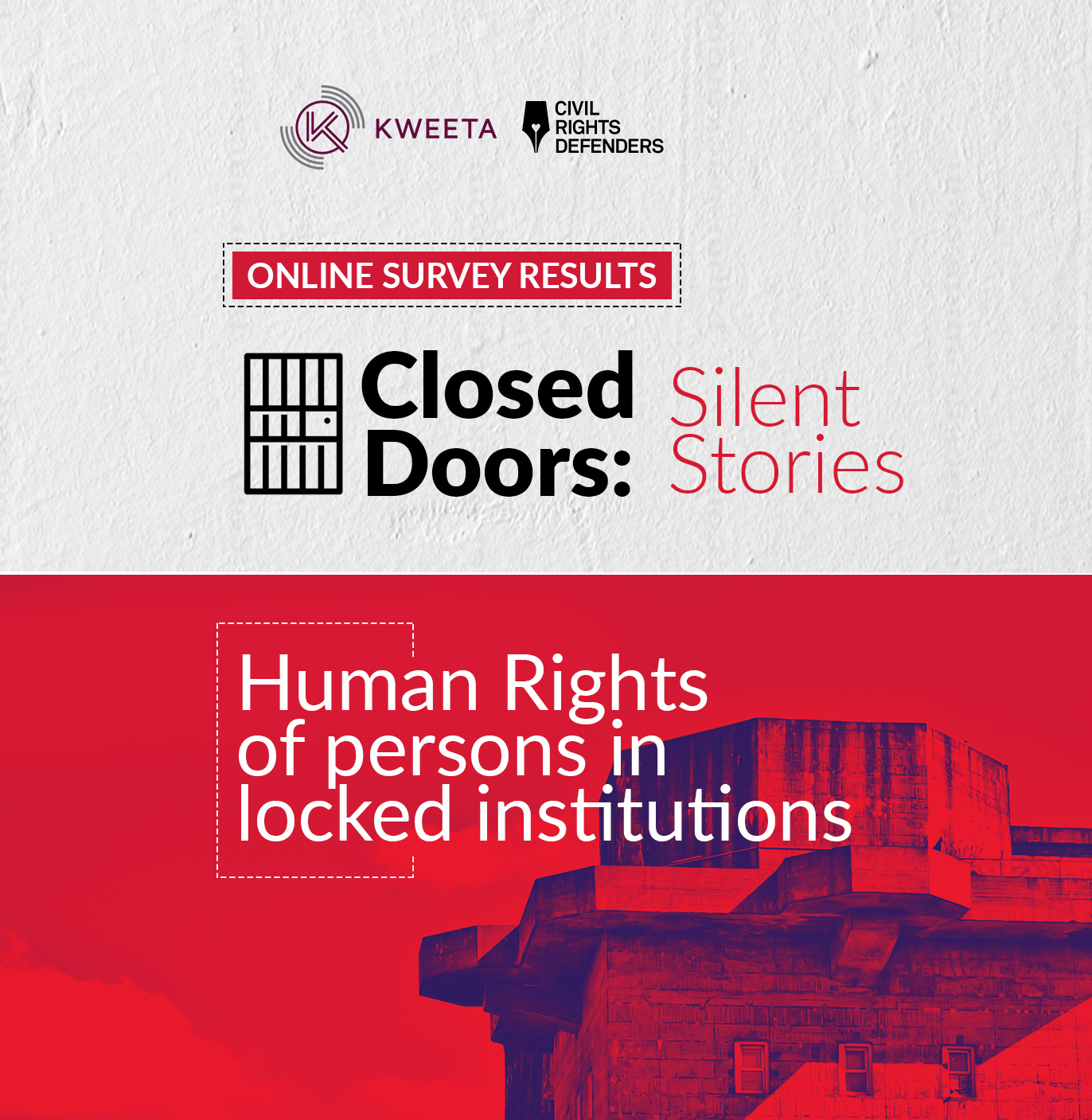 Kweeta Uganda conducted an online survey on the human rights of persons in locked institutions. A locked institution is one whose entry and exit is restricted, such as prisons, mental health institutions and juvenile detention centres. Uganda has 249 governmental correctional facilities overseen by the Uganda Prison Service, one main referral mental hospital and six juvenile detention centres. The Uganda Prisons Act 2006 mandates the Prison service to ensure that every person retained legally in a prison is kept in humane, safe custody, provided in court when requires until lawfully discharged or removed from prison. Over the years however, Prisons in Uganda have been reported to be overcrowded, unsanitary and the inmates are exposed to hard labour for as long as 7 hours a day. Long detention time and mistreatment by fellow prisoners and wardens have also been reported in these correctional facilities which is in direct violation of inmate’s human rights.

The survey that was administered through Facebook, Twitter, Gmail and WhatsApp generated 108 responses from people in Uganda.

Here is a summary of Results of the survey. “I did not Know I was Pregnant till Four Months” One Teenager’s Story Reveals the Price Ugandan Girls Pay in the Absence Sexuality Education.