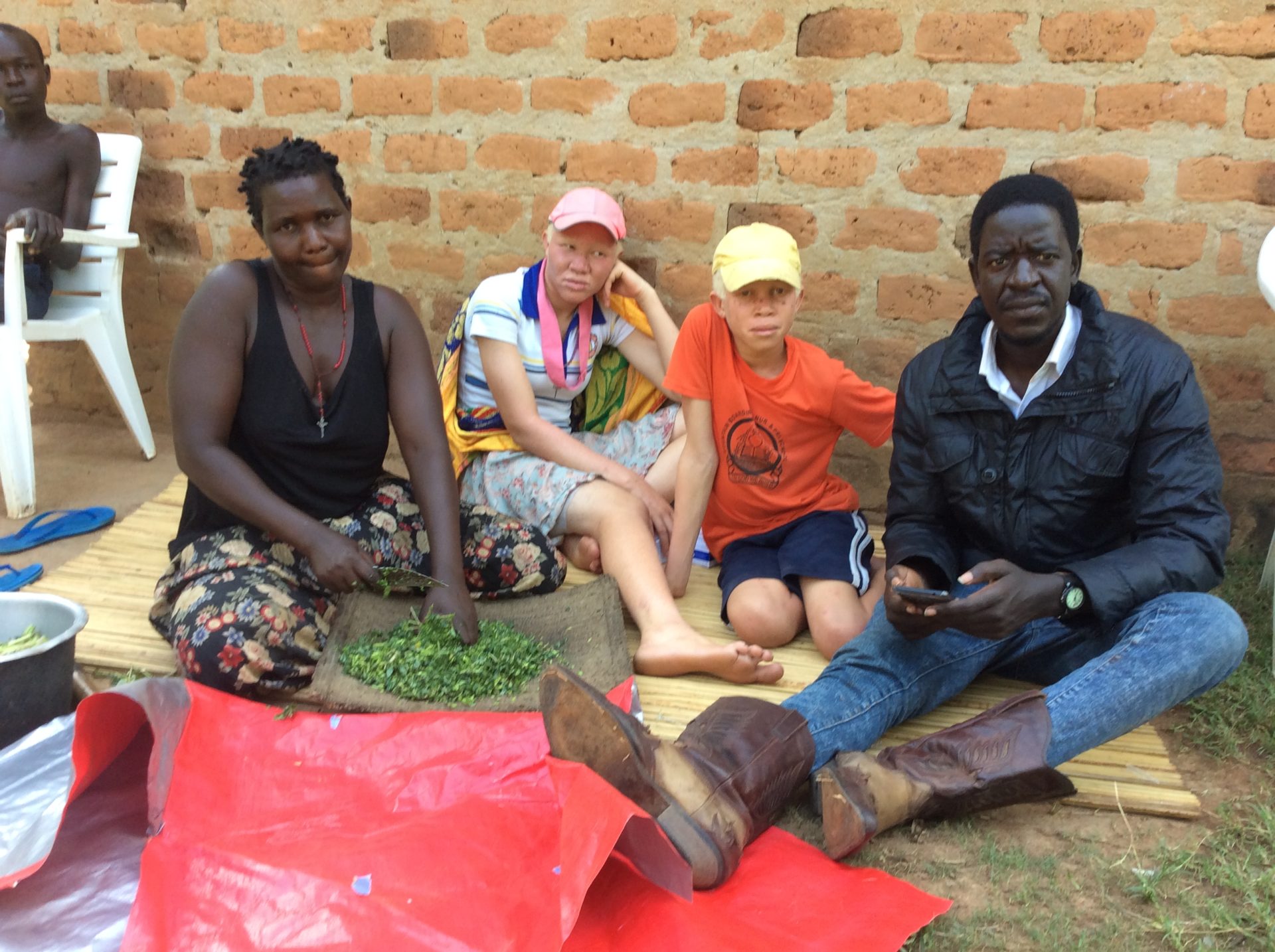 Pat Robert Larubi is a journalist and activist who has been riding a motorcycle across the country to deliver much-needed sunscreen to people with albinism. In this interview, he explains why this initiative is important to him and the people he is serving.

What was the objective of your drive?

#ActionForAlbinism aims at making sunscreen available to persons with albinism, as lockdown restrictions due to COVID19 has made mobility difficult for most people.

We also want to curb skin cancer. We know that because of the lack of pigmentation, people with albinism tend to develop sores on their skin that could develop into skin cancer. So, the provision of high-factor sunscreen was the most immediate need for this group of people, besides the demand for food and other associated needs.

I also wanted to create awareness of the needs and the potential of people with albinism. Helping them overcome abuses, break the stigma, and the chain of vulnerability. As an activist, I have been popularizing the UN Sustainable Development Goal 10, talks about reducing inequality. Target two of the SDG goal hopes to ensure that by 2030, there should be economic and political inclusion of all, irrespective of age, sex, disability, race, ethnicity, origin, religion, or economic or other status. Target three further aims to ensure equal opportunity and reduced inequalities of outcome, including promoting appropriate legislation, policies and action in this regard

How long has the journey taken you so far?

I started the first leg of my journey from the Eastern Uganda district of Jinja, through Lugazi, Kayunga, Mukono, Kampala and Wakiso.

From here, I embarked on to Northern Uganda route through Luwero, where I made donations to the Luwero Albinos Association and onwards I proceeded to Gulu.

Why did you choose a motorbike?

The ban on public transport implied that most people could not venture outside their areas of locality. I thought of an innovative way in which I could reach people with albinism with services, given that majority live in remote villages where access to the most basic infrastructure is still lacking. Hiring a motor vehicle would be costly, so I opted to use my motorbike to traverse the country.

I was doing this against the background that I have over the years worked and had personal encounters with people living with albinism and I know their biggest demand is sunscreen. The challenge in all this has been accessibility and affordability of the sunscreen. On my journey, I made direct deliveries to people with albinism but I also dropped off some of the sunscreen at different offices, health facilities and Unions of People with disabilities to whom those with albinism are also affiliated.

Access to sunscreen remains expensive for most people living with albinism. But even for those who have the money, they would generally need to travel to Kampala to get the products. With the lockdown restrictions on movement imposed to limit the spread of COVID19, this was impossible. Many had to go for several weeks without sunscreen.

Were the sunscreens you delivered adequate?  For this particular trip, yes. My target was to reach out to 500 people both directly and indirectly. We managed to reach an estimated 200 people living with albinism directly, while the remaining number was reached through secondary beneficiaries such as parents and guardians.  We gave out at least 3 tins of sunscreen for each beneficiary. The sunscreen was a donation made to the Source of the Nile Union of Persons with Albinism (SNUPA) by Advantage Africa, a UK charity that has for long been associated with making access to sunscreen available to people living with Albinism in the region.

How big is the need for sunscreen?

There are over 5,000 persons living with albinism across the country, yet we are just reaching a fraction of that number with services. Sunscreen for this group of people is an essential product that they need to keep away from bad health, including cancer. There has been a tax waiver on sunscreen but our prayer is that the government starts giving out free sunscreen. We also hope it can be made part of the minimum healthcare package and be included as part of the essential services available at health facilities.

What are some of the concerns you heard from people with albinism, especially regarding COVID19?

For many, not having food meant they had to sacrifice their lives in the hot sun to farm it they wanted to get something to eat. The impact was the damage caused on their skin, and subsequently, some would have developed cancer. Anyinge Barbra, a woman with albinism who had been vending shoes in Lira town shared with me how her business had been cut short with the stringent lockdown measures.  could no longer continue with her business. She had used all her saving from the small business to feed the family.

Her situation is not different from that of Awori Martha who told me that she has not managed to get out of her house since the lockdown because her usual means of transport, boda boda had been barred from carrying passengers. To Martha, the boda boda’s had helped save her from the burden of walking long distances in the sun. Akello Betty, a mother of seven children, three of whom live with albinism in Kole district told me how feeding the family had become a big challenge. Before COVI19, all her children were attending school, with some in boarding. This meant she did not have to worry about food all the time. But with the lockdown, this has changed and the family has to make do with one meal per day.

This was a solo drive that came with mixed challenges and success. It was an all-new and exciting experience. It was the first time in five years that I was taking on such a long journey after getting involved in a nasty motor accident. This time round, I was better prepared and cautious of my action on the road. In this solo expedition, I projected covering 820kimlometers for the whole trip including branch-offs in villages where we had needy people with albinism.