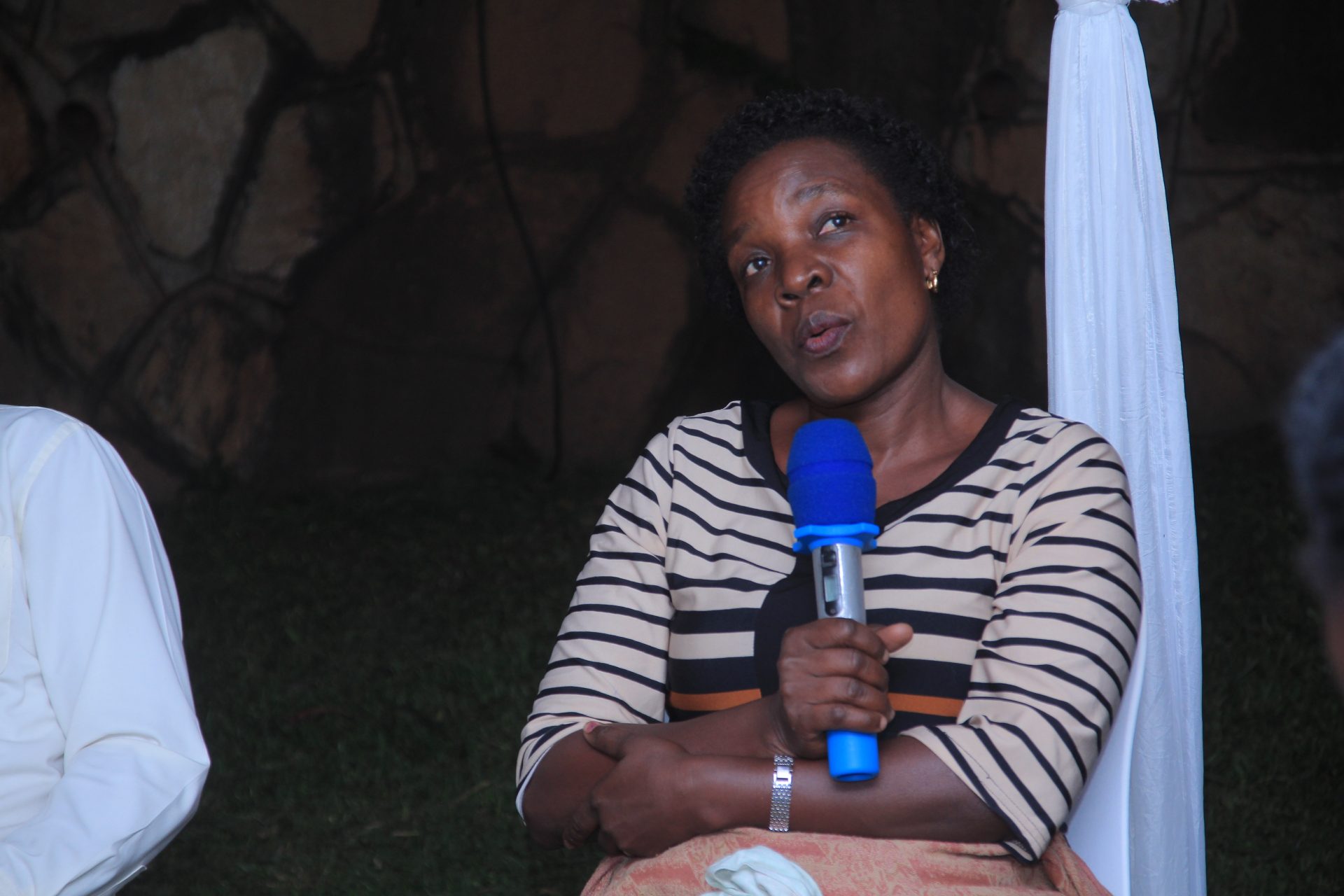 In 1986, Samalie was arrested together with her sister Christine and brother Henry. They were political prisoners. Then a freedom fighter with the Uganda Freedom Movement, Samalie and her siblings were slapped with kidnap charges while in police detention. They were jailed to Luzira maximum prison for eight years. However, three days to their acquittal, Henry died in prison. Samalie shared her story with Shanine Ahimbisibwe .

“I went to prison in 1986. Police posts did not function well at that time because they were controlled by the army. I was first taken to Jinja Police Station where I was the youngest prisoner. Soldiers would come and beat me all the time. They beat me so much that I became numb.

I was pregnant with my second child. There was congestion; both men and women were thrown in the same cell. We were over 100 people in one cell. After two weeks, we were transferred to another police station in Bulange then to Central Police Station. We were about 350 inmates at CPS. I got measles and almost died. The officers did not give me any medication until another inmate, a doctor, begged the officers to allow him treat me.

We did not go to court. The police slapped kidnap charges against us and remanded us to Luzira. We were on remand for six and a half years.

When I entered Luzira, they took everything from me, even my underwear. Because people were too many, the uniforms got finished and I was given a used uniform that had not been washed. The shorts were blood stained. I always disliked the sight of blood but there was nothing to do. Because of the unsanitary conditions, lack of uniforms and congestion, there were many skin diseases. I only got soap and other necessities when a family member visited me.

We would dig from morning to sunset. The moment you tried to stand and catch your breath, a stone would hit your back. The officers were so harsh, they did not care that I was pregnant.

One time, the sun set while we were still digging and they brought a big car to provide light for us to continue digging. Besides digging, the grass had over grown around the prison and we had to pluck it with our hands. Everyone’s hands got blistered and wounded but we had to keep going. It was bad.

One afternoon, I collapsed in the garden. When I was taken to the staff clinic, the doctor ordered the warders to give me time to rest and recuperate. Even then, they still did not understand that I was pregnant. When I got back to the ward, I was subjected to the same harsh conditions of work and poor feeding as before. There was no rest.

I gave birth on a rainy afternoon at the staff clinic. I was fortunate enough to find a kind wardress who took care of me. When I went back to the ward, I did not have breast milk and there was no food for me and my baby. We were both emaciated. I was desperate. I hatched a plan to give the baby to my mother at the next court hearing. We had court hearings every two weeks but the judges would always adjourn due to lack of evidence. After court that day, there were many people surrounding the exit and I used this confusion to hand over the baby to my mother. I told her to take the baby. For 10 years, I did not see my son.

We had always been very prayerful. When we got that sentence, the only thing we could do was pray. Even when our appeal was made, we had no hope because people who had appealed in the 80s were still in prison. We prayed and fasted for 40 days.

One day, out of the blue, an officer came to our ward and took us to court where we found a panel of six judges, one was white. My brother Henry was not present at that hearing. The white judge asked the warders what had happened to Henry and said he would not continue until Henry had been produced in court. He adjourned the court for 17 days. Little did we know that Henry was close to death.

When we went back to prison that day, we asked the officer in charge for permission to see Henry. We were given a military escort to Upper Prison. We found him sleeping on a cement slab in the sick bay, his skinny body stiff and lifeless. He was a very light skinned man but he had a black patch on his left arm where it looked like he had been injected. I knew my brother was going to die.

A few days later, we were informed that Henry had passed on. One of the prisoners told me that he had not been given medication for the three weeks he was in the sick bay. This was three days before our release from prison.

hen I walk the streets of Kampala, I wonder why Henry could not stay alive for three more days to taste freedom.

When we went back to court after the 17 days, I was physically present but absent mentally. I heard voices of judges echoing for what seemed like eternity, but I did not hear anything they said until justice Odera came and held my hand. He told me, “stand up, walk out”. I did not understand. I was confused at first and when it dawned on me that we had been freed, I felt so much anger and bitterness.

After my release from prison, I went into exile in Kenya for five years. When I returned to Uganda in 1999, I joined the prison fellowship. Here, I started the prison outreach ministry out of a desire to help prisoners whose struggles I identified with.

I travel to prisons all over the country delivering essentials and counselling to the inmates. I lead the prison ministry at Omega Healing Centre where I’m currently planning a Christmas party for the inmates at Kigo Prison to make them feel cared for during the festive season.

When we are visiting prisons, we take soap. It is a necessity. I went to Kakumiro Prison recently and found the only two women in the prison filthy! They did not have even a tiny piece of soap to bathe yet they spend their days digging.

A little has changed about prisons. However, only conditions in Luzira Prison are better because all NGOs and human rights organisations pay attention to it. When you go to prisons outside the city, you truly see what prison life is. There is no dignity, the women do not have pads, there is congestion, diseases spread rampantly and the inmates work heavily. Many people are on remand which is not how it is supposed to be.

What the laws say: Article 57 (a) of the Prisons Act, 2006 states that a prisoner shall be treated with respect due to his/her inherent dignity and value as a human being. Whereas hard labour is synonymous with Ugandan prisons, the Prison Regulations, 2012 states that the officer-in-charge shall allot to each prisoner work for which he or she is best suited, with considerations given to the prisoner’s training, their sentence, capacity and resources of the prison.