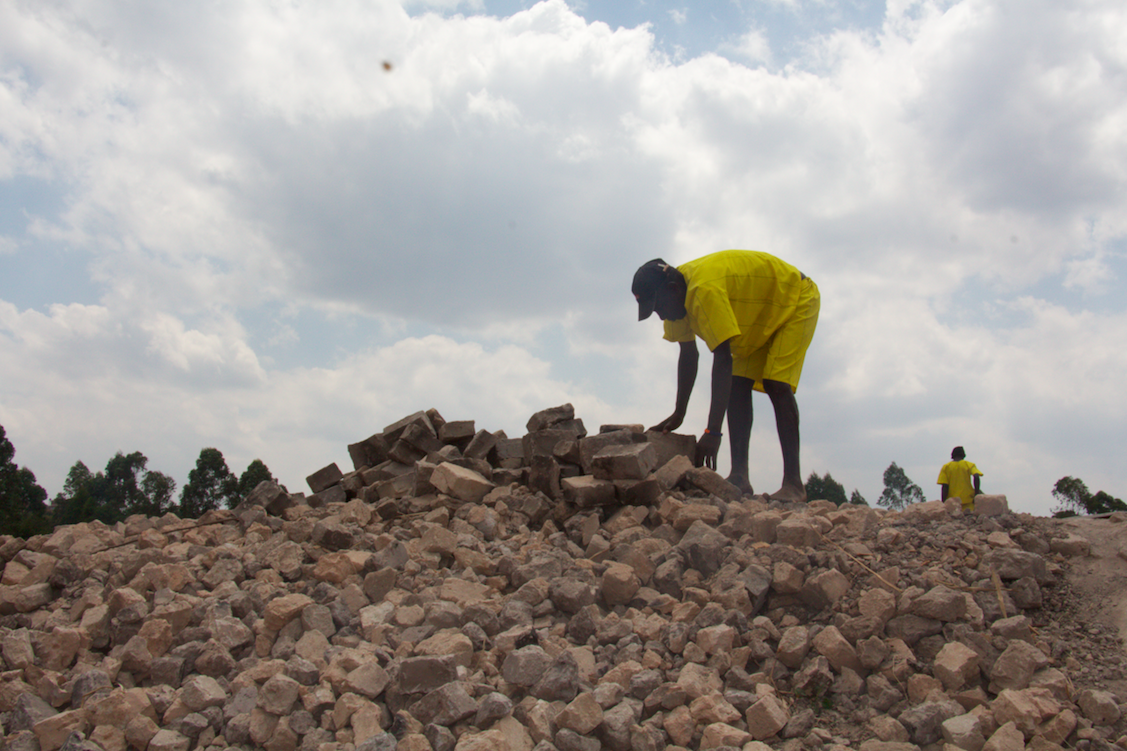 On the slopes of Kirigime, one of the hills that surround Kabale Town sits Ndorwa Government Prison. The green scenery and breathtaking hills around Kirigime offers a perfect deception about what takes place in Ndorwa prison. Built by British colonialists in the late 1950s, the 120-capacity prison now accommodates 619 inmates.

Other than the accommodation hardship, inmates undertake hard labour under difficult conditions, reminiscent of slavery.

Ainebyona, a former inmate at Ndorwa prison, recalls the day he worked on a farm in Kazigizigi, without water or a meal break, until he got dizzy. He raised his hand so that the prison warder could give him a few minutes to rest.

“Out of the blue, a stick hit my back. I fell and my face landed on red ants. The warder stepped on my head with his boot, pressing it down,” Ainebyona recalls.

Ainebyona returned home after two years, freedom in one hand and mental illness in another. For five months, he was admitted to the mental health facility at Kabale hospital where is recovering from Post-Traumatic Stress Disorder.

A prison is a facility meant to correct and rehabilitate convicts. Although inmates’ liberty and freedom of movement are stripped away, they remain with certain inherent rights. The 2006 Prisons Act, Part 5, Section 57 states that “a prisoner shall be treated with the respect due to his/her inherent dignity and value as a human being, and to undertake meaningful remunerated employment”.

However, for inmates at Ndorwa prison I spoke to, they neither receive payment for the work done nor is the work meaningful. They do all kinds of manual labour that would ordinarily be shunned by non-inmates.

The day I visited Kabale, a group of inmates donning their yellow uniforms were digging a field in Ahakirindi Valley on the Katuna Road. Others were constructing a building at Nkozi University campus in Rushoroza.

Anyone who needs cheap labour, including the church, acquires the services of the inmates.

“Do you see that tea plantation?” asks 35-year-old Francisco Mutambuze as he points at the tea plantation on Rushoroza Hill owned by the Kabale Diocese Catholic Church.

He adds: “All the work that civilians reject was given to us, digging trenches, working on the farms of rich men, carrying tree trunks among other menial jobs.”

When Mutambuze was released from remand, he did not receive any money for his labour. He was on remand, not a convict, and should at-least  have got his pay.

In July to August this year, National Water and Sewerage Corporation was laying a six-kilometre water pipe in Kabale Town. The inmates were brought in, to dig the 9-feet deep trenches, working three days a week, from eight in the morning to four in the evening.

“These bricks we are laying are for the government, for every day that we work, we are supposed to be paid 100 shillings,” says 55-year-old Ngabirano Yakobo who has been in prison for the last 18 months. He has six more months to go. That means, if Yakobo has been working three times a week, at the end of his two-year sentence, he will go home with Shs32,000 (8 USD) to start a new life.

Frank Beine, the Public Relations Officer of Uganda Prison Service confirmed that prisoners are entitled to Shs100 per day for any work done.

However, most prisoners never get that Sh100 they work for according to Beine but in a BBC report, he denied that prisoners on remand do not engage in any form of labour.

“The money that they work for contributes to the welfare of the prisoners; we give one piece of soap to the prisoners per month, we buy medicine for the prisoners, and take them to the hospital when the prisoner is sick, so, it is acceptable if the money is used for the management of the prison, the money cannot be allocated to one thing. What else do you want us to do?”

He says government allocates, Shs3,800 for each inmate per month. While they have tabled an amendment to the law before Parliament, it is yet to be discussed.

Do the inmates sign a work contract, and do they know how much they work for per day?

“Most of the time, negotiating for the labour of the prisoners is left to the discretion of the Officer in Charge,” Beine says, adding, “he/she determines how much the prisons service will be paid for the services rendered.”

Beine says the Prison service collects Shs8 billion yearly from labour that inmates render to different institutions and individuals. “…but that is not even sufficient to cover the rest of the budget. The government only allocates 40% of the budget to the prisons service,” he says.

In 2016, while working on a farm, inmates from Ndorwa prison killed a warder who was reportedly breaking up a fight that had broken out between two inmates. However, former inmates who were in prison at that time told me that the incident stemmed from the mistreatment of inmates.

Ndorwa is one of the 380 government prisons across the country.

Pictorial: Inside the children’s Ward at Butabika Hospital