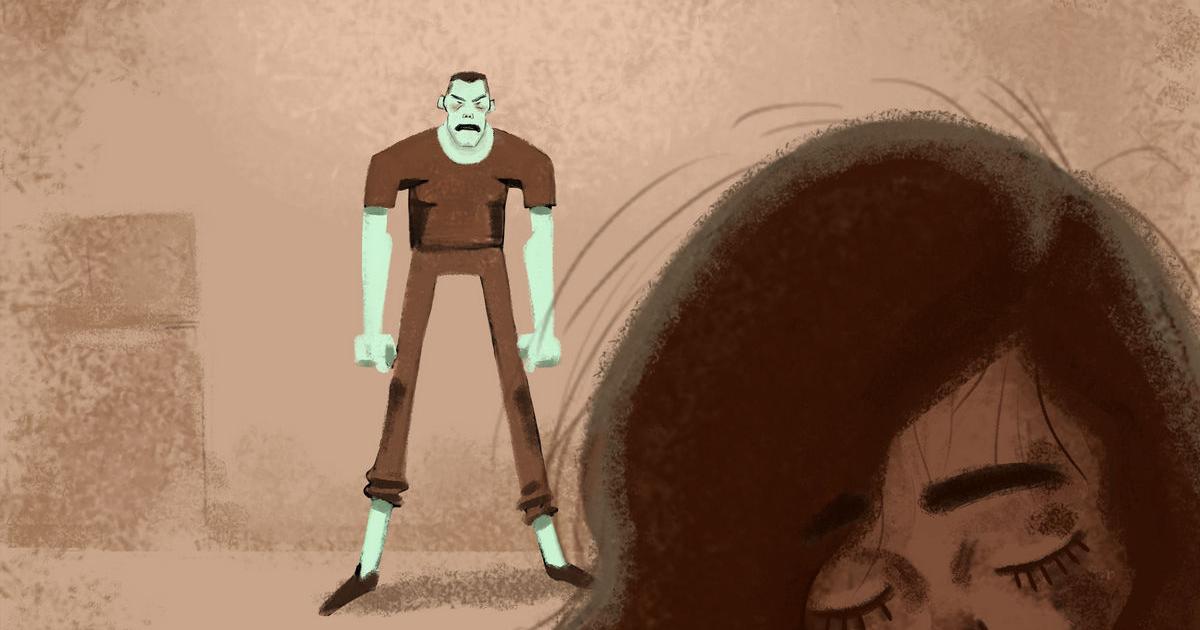 It is the afternoon of Good Friday in Kampala. The mood is something of a sombre one. Except today it’s more than about the crucifixion of Jesus. The would-be heaped streets have cleared to reveal a gory calmness. The air is devoid of pollution from car emissions and dust – a stark irony to the few pedestrians wearing masks. In the face of a particularly problematic strain of the Coronavirus which has the world on its knees, the Ugandan government -like several others globally- has declared a nearly indefinite lockdown as a precaution to the spread of Covid-19.

There’s calm outside, yet, several news reports and sources from across the world paint a whole different scenario from inside the homes in which the populous has been advised to remain for safety. For many women who live with abusive partners, home is anything but safe. In Uganda, the police spokesperson and the other district commissioners have also reported a rise in cases of domestic violence. Human rights storytellers, Kweeta Uganda reported a registered 328 cases of gender-based violence in the past 3 weeks. This crisis within a crisis might come as a surprise for some – but not quite.

Anxiety and economic stress -which are effects of the pandemic- are some of the factors which have been cited in understanding abusive behavior before. Yvonne Zabu, a clinical psychologist at Wellness Psychological Services says that besides these, the isolation nature of lockdown can be the perfect context for domestic violence. She states “isolation is a key facet of the coercive control that abusers employ. Lockdown makes it easier for abusers to restrict access to the abused partner and limits the public occasions where abusive behavior might be observed and stopped.” Yvonne adds that adapting safety plans for victims during these times is imperative, noting “this may include moving from a focus on shelters and call hotlines to emphasizing victims having safe spaces within their homes, developing code words and/or switching to messenger helpline.”

While addressing the nation on the 31st of March, President Museveni dismissed domestic violence on live national television with a casual crassness. He stated “respond to health or childbirth. We are not dealing with problems like one is drunk and has beaten his wife…finish that one from home.” This was said while instructing law enforcement on covid19 lockdown response guidelines. Needless to say, the President did not issue guidelines on domestic violence increase during the lockdown.

Civil society organizations which already work with vulnerable communities and victims are yet to be granted essential service provider privileges that would enable them to continue reaching out. FIDA Uganda, an association of women lawyers is one organization with centres in different regions across the country. Elizabeth Kemigisha, one of the lawyers says that the challenge they now face is being able to reach clients in real time. She says “usually, we are in position to drive to their locations as soon as they call us, and assess the next course of action while there. With the prohibition of moving vehicles, office closures and staff working from home, that is no longer possible. Not at the moment at least.”

FIDA has over the years created a network of law enforcement officers who they can count on to respond to reported domestic violence cases; an investment that has come in handy during these times. “We can still call one of our first response police officers and send them to the location of a client” Elizabeth says. She adds that they’re ensuring the publicity of phone contacts on which they can be reached at every centre. They have gone ahead to write a petition to the government to prioritize violence against women in Uganda’s COVID-19 response. Government is yet to respond.

Like other socio-political issues (poverty, maternal deaths and brutality by security agents) Ugandan women are bearing the brunt of hardships during the Covid19 crisis. The rise in registered domestic violence cases is only a smaller piece of the Russian matryoshka wooden dolls which was always inside the bigger ones – a long standing dismissive attitude by leaders, inadequate response resources and not nearly enough community mobilization to deliberately deal with the problem.

Cartoon about Domestic Violence by Tatiana Zelenskaya via hrw.org

This article was first published in Andariya Magazine on April 27, 2020.