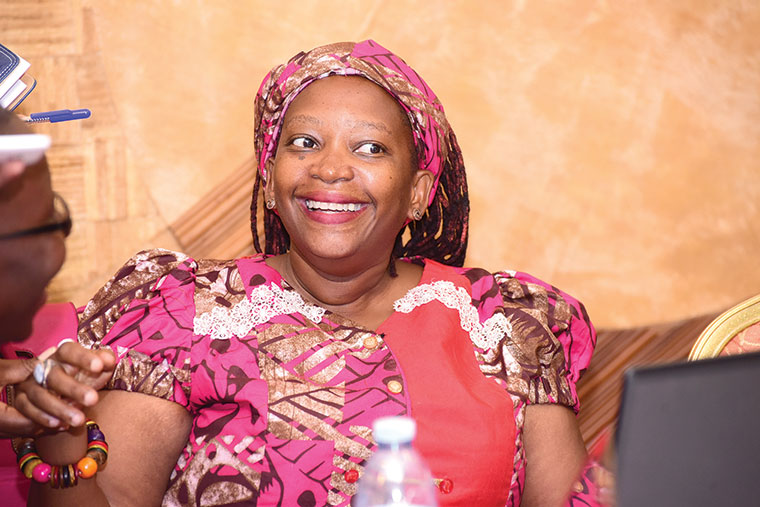 Stella Nyanzi is a renowned Ugandan academician, feminist, social researcher and political activist currently held at the Luzira maximum security prison. She was arrested on November 2, 2018 for Cyber harassment and Offensive communication after a poem she shared on her Facebook page was said to disturb the peace and right of privacy of the president.

On June 16, 2019 as she marked her 45th birthday, she shared a collection of poems which she has written over the last seven months in prison, awaiting trial. Friends, supporters and human rights activists in Uganda and all over the world joined voices in solidarity with Stella Nyanzi by sharing these poems across social media using the hashtags: #45Poems4Freedom, #PushforStellaNyanzi, #FreeStellaNyanzi.

Over the years, Stella Nyanzi has used Facebook to express her discontent with the ruling regime and advocate for women’s rights and human rights. The internet has created an alternative space for expression and political activism in Uganda, however, the arrest of Stella Nyanzi is a testament to the narrowing spaces for free expression. We share this poem with her permission.

The prison is flooding with inmates;

Packed to the brim with prisoners,

Festering with victims of injustice.

Remands for months without judgment,

Guarantors of debtors who disappeared,

Appeals waiting years for a response,

Lodgers transferred from other prisons,

Yet the prison-bus is always full of new prisoners.

Prison congestion is a manmade catastrophe.

Pictorial: Inside the children’s Ward at Butabika Hospital