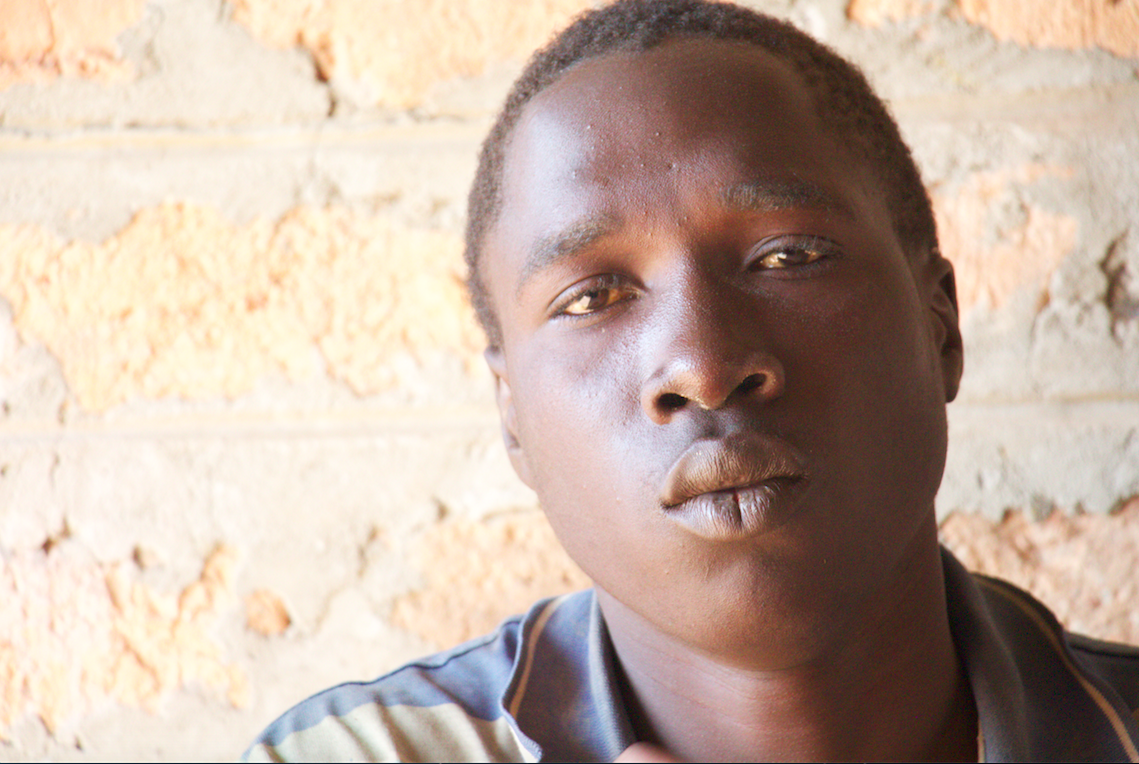 It’s ten O’clock, a cold July morning in Kabale. Nathan Twijukye and his friends, most of whom he met in prison, are tucked in the backyard of the town.

From this ‘hideout’, the group can avoid getting arrested as police hunts for idle and disorderly youth. From this hideout, Nathan and his friends can also peacefully wait for trucks that will arrive in the afternoon from Kampala with goods. They will offload the goods from the trucks and get paid for it. That’s their daily hassle.

Nathan is the youngest of his friends, and yet at 20 years, the roughness of life has not spared him, including jail time.

“On my first night in prison, I didn’t know how to salute the rest of the inmates. The Katikiro flogged me.” The katikiro is the captain of the prisoners.

“When he was done with me, every part of me was aching,” he recalls.

At night, Nathan was taken to Ward Four where he squeezed himself among inmates lying on the bare floor, “one onto the other like matchsticks”.

“I couldn’t sleep. How was I supposed to fall asleep with 200 strangers packed in one room?” he wonders, adding that the thought of being in the same cell with murderers and those who had committed ‘big big crimes’ made him sleep with eyes open.

Nathan doesn’t remember ever sleeping soundly while in Ndorwa prison.

“There are many things that kept me awake in that prison. I was afraid that the men that had spent some time in this jail would rape me. I had heard stories that these men rape boys like me.”

Nathan was also afraid of catching lice and bedbugs that are common in prison cells.

Nathan’s trouble began one fateful in 2017. It was 9pm. He and his friend were walking along Kigongi Road in Kabale Town, heading home after the day’s work, Soon, they fell in the hands of a mob that was determined to burn them alive.

“We heard people screaming, ‘arrest them, arrest them’.”

Nathan and his friend also started running, like the mob, in one direction. They had no idea the mob was baying for their blood.

“Two men grabbed our jackets. More people came out of their homes and bars that were still open.”

The mob yelled, “Let us burn them. We are tired of the robbers in this area.”

They continued beating the duo, who at this point, still had no idea about the crime they had committed. When Nathan heard one of the people shouting out for petrol, his hope for seeing the next sunrise evaporated.

“I started shaking. I knew that was it.”

Luckily, the police patrol that usually moves around town looking for idlers, arrived in time to save Nathan and his friend. They were tossed onto the back of their truck and minutes later, thrown at Kabale Central Police Station.

“They locked us up.”

The next morning, the duo was told to record a statement. Their crime also had a name by then – stealing Shs400,000 from an old man.

After two weeks, Nathan appeared in court – him against the state. He had no attorney. When they read to him the charges, he pleaded not guilty but they insisted he was a wrong element in society who needed to be corrected. They remanded him to Ndorwa Prison. That was October 2017.

“We poor people don’t have bribes to pay the police. So they will do to us whatever they please,” Nathan says in retrospect.

“We dug gardens from 8am until 4pm. There was neither water to drink nor breaks to take.”

The inmates worked as the prison warders in brown uniforms kept keen watch over them. After work, the inmates were given two minutes to eat.

One particular day in the farm remains etched in Nathan’s memory. After digging for a while, he raised his hand to ask for permission to rest a little. He regretted doing so to date.

“The officer beat my legs, he hit my knees,” he recalls.

He folded his trousers to show me his knees which can no longer bend beyond a certain angle. “Maybe one day they’ll heal,” he says, a tinge of hope in his voice.

Two months later, Nathan was released from jail because there was no complainant against him.  The case was dropped. No one visited him during the time he was imprisoned.

“I don’t have parents, they died when I was a little boy. I grew up on the streets of Kabale. I toiled to get where I had reached before I got arrested.”

After regaining his freedom, Nathan went to his boss to find out if he still had his job of offloading luggage from trucks to his shop.

“My boss asked me where I had disappeared to. When I told him that I had been in prison, he didn’t even give me a second look. He chased me away.”

Nathan started looking for another job. He was lucky enough to get one after 5 months. As a Mubariya (loosely translated as a human crane), Nathan carries heavy load from one place to another. He also offloads large sacks from vehicles that come from the city.

“Although prison was tough, I am grateful for the friends I met there. We are like a community. We drink together and inform each other of job opportunities.”

Nathan doesn’t want to go back to that prison. He would rather live his life carrying heavy luggage for a few coins to put food on his table.

In five years’ time, Nathan thinks he will still be carrying sacks even if he wants to do something more with his life.

“If I had money, I would become a mechanic. But as you can see, my hassle cannot afford that luxury.”

“I did not Know I was Pregnant till Four Months” One Teenager’s Story Reveals the Price Ugandan Girls Pay in the Absence Sexuality Education.