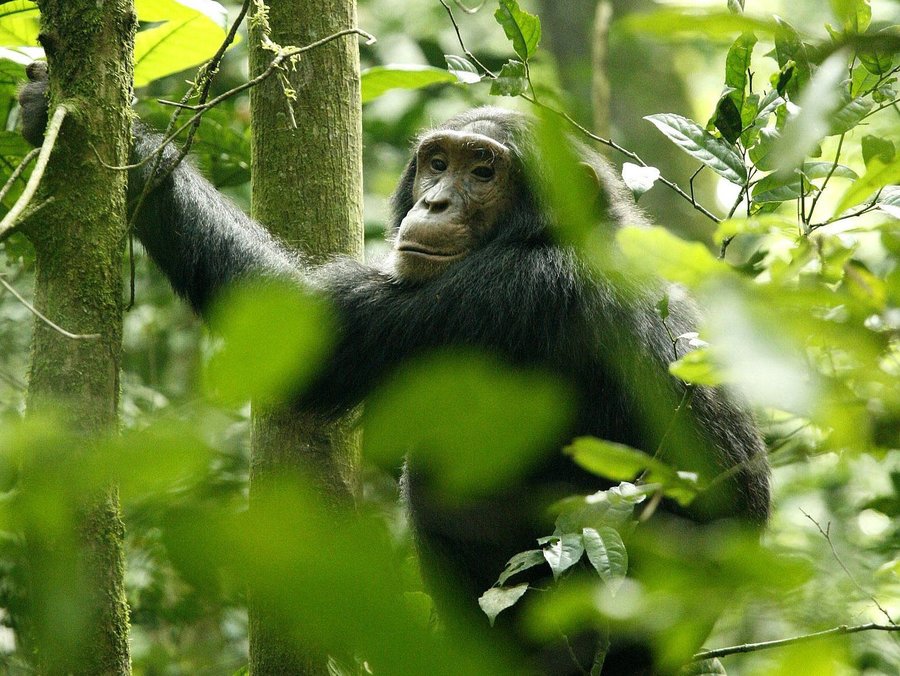 I have been in Masindi the home of Budongo forest on a project to conserve the chimpanzees who are, according to a sticker at Budongo Eco lodge, our closest relatives.

We had spent the previous day tracking these relatives of ours. By tracking I mean walking miles deep into the forest tripping over a few logs, listening to the sound of insects that Evaline, our guide, said die immediately after they lay eggs, and trying to survive all these insects that were described as not venomous, but potentially capable of causing your body to itch till you remove your clothes. But this is not about me and chimpanzee tracking, although it was surreal coming face to almost face with these cousins of mine.

I met Fambe Evelyn over the trip. I had reached an “okay-I-get-it-chimps-are-important-can-we-go-back-to-Kampala?” moment.

She had been warned that a group of people, some yielding cameras and others wearing shades were coming because when we arrived, she had pulled out all the chairs from her house and instructed her 14 year old daughter to take a shower and wear her Sunday best; an orange skirt and white top.

Fambe is a 36 year old mother of five in Kasongaire village, Masindi district. She is miserably seated on a low wooden chair in front of her low kitchen, the kind that requires you to squat in order to get in. I looked at pictures taken of her and mentioned to the photographer that they are the saddest pictures I had ever seen. She closed her eyes throughout the conversation I had with her. Our languages are almost like but her speech was laden with a pain that I can’t relate to, and it has been 10 years.

10 years since her now 14-year-old daughter, Birungi Miriam, was abducted by five chimpanzees as she played with her younger sibling and the mother gardened not a long distance off. Fambe remembers screaming her lungs out until she had enough people to help her go to the forest and find her child. It requires about seven adult men to fight off one chimpanzee. These relatives of ours aren’t just strong, they are also bullies to women and children.

Miriam was extremely injured and her internal organs were out in the cold when she was rescued. Her mother says the village health facility could not handle her daughter’s situation and they referred her to the main hospital in Masindi. She survived the physical injuries by a scar which every so often itches until the scratches turn into a wound.

It’s not just her body that was harmed. Miriam has never recovered from the trauma she suffered at 4 years old. When she gets angry, she rolls on the ground and makes chimpanzee like noises. Her speech is inaudible and her mother still bathes her. Fambe doesn’t go anywhere without her daughter and her greatest desire is to see her move past her trauma and enrolled in school. She is helpless with a child suffering a mental health issue that no one is concerned about.

The default thought when conflict is mentioned is that humans are at war with one another. When that happens, power players assemble in a fancy hotel and words like conflict resolution are said 6000 times until a solution or agreement is reached. That could take days, weeks or even years. What you don’t think about when conflict is mentioned is a chimpanzee can steal your child’s life.