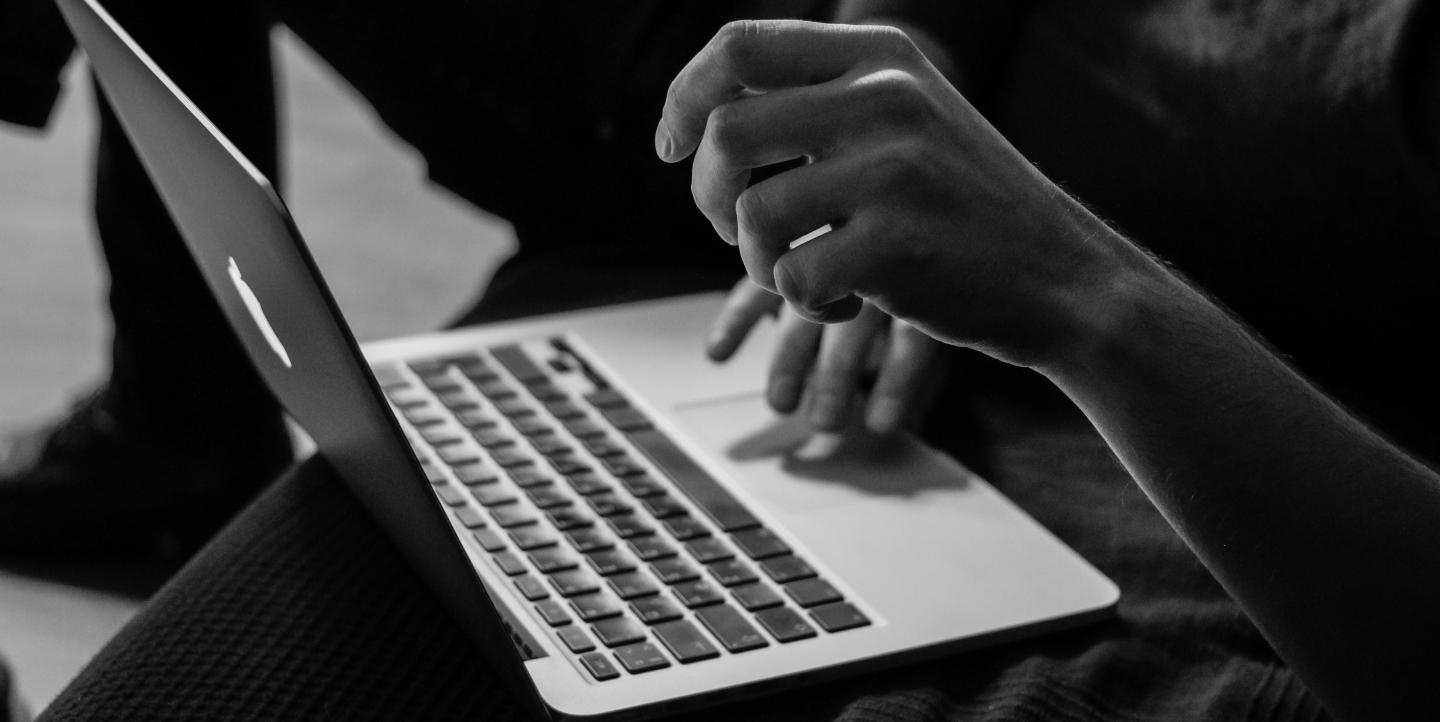 Carol Nagawa (not real name), a university student then, joined Twitter in 2014. She had subscribed to Facebook and she liked the energy: communication with family and old friends, sharing memories and connecting online. She thought Twitter would be another way of connecting in a more professional and informative manner. “I thought it was like LinkedIn, a social networking website for people in professional circles,” she says. But this platform for intellectuals would become the watershed of her young adult life. This would drive a vibrant youth to delete her social media account and never look back.  But what happened?

“We made friends online, most of whom were only partying acquaintances. Comfort levels were reached and boundaries were crossed.” Carol reminisces. She says the more people she interacted with offline after having met online, the more she realised she did not really want to be friends with them.
For one, a decision to draw social boundaries was not popular with many of her new-found friends, particularly, men, according to her. Many of the profanities, she says, were about her skin colour and claims that light-skinned women like herself had no intellectual capability. Others were mean comments about her ‘manly’ arms when she posted photos.

The school for scandal
When a group of men on Twitter began making stereotypical comparisons between light-skinned and dark-skinned women, Nagawa was at the centre of the conversation. “They called me a bimbo.”  The dictionary definition of bimbo is a disgraceful informal term for a young woman perceived to be attractive but dense.
“They did not say these words to my face. They waited when I was involved in a conversation online, if I had an argument or changed my mind about meeting up with a man, they would start to tweet about my skin colour in relation to intellectual capabilities,” she adds.

On the other side of this animosity, dark-skinned women or dark skins as often casually put, were unattractive. If you did a quick Twitter search of the phrase ‘dark skin’ from 2015, in Uganda, you will see posts such as: “dark skins should pay for their own drinks like other men,” or “dark skins will be in the shadow cabinet.”  But what sealed Carol’s fate was a relationship with someone she describes as toxic. According to her, the public, whirlwind romance turned sour because of the emotional abuse that extended to their life offline.

“He was insecure, controlling and one night I woke up to his hands around my neck.” Reflecting on all the warning signs, she finally ended it. The retaliation was in what is commonly referred to as “subtweets” – the internet equivalent of backbiting.
Posts alluding to her body, sex life, things she had revealed to him in confidence, details of her family, and insults to her mother were disclosed by this man and his friends. Among the insults used that she recalls were: monkey (in reference to her hairy arms) and escort – a connotation to what is often termed as prostitution.

Victims and perpetrators
In the same year, as Nagawa was dealing with abusive language online, a small group of young women started to identify as feminists on Twitter and openly challenge sexist violence – particularly the language. Three years later, “feminists cleaned the timeline” had become a common phrase. Online conversations had evolved. There were healthy debates regarding sexism. More women began to identify as feminists and misogynists admitted to exercising restraint while tweeting, because they feared feminists would “come for them.” But young feminists were paying a hefty price for championing the fight against sexism online. Abusive posts with words such as, “ugly feminists,” “bitches,” “femi-nazis” in reference to these women were flying around. These posts were largely made by men.

Other abusive posts were made by women, who feminists defended daily online. To understand this beyond the textbook, “women are their own enemies.” Cliché feminist theory has explored internalised misogyny – the patriarchal training of women to have specific, combative and judgmental attitudes and responses towards the actions of other women.

Ugandan feminist scholar, Sylvia Tamale, elaborates this in her professorial inaugural lecture titled: Nudity, Protest and The Law in Uganda. In describing the events unfolding during the highly controversial nude protest staged by another scholar, Stella Nyanzi against alleged maltreatment by her boss, Tamale reflects on her immediate reaction to hearing the news, and her premeditated course of action: “I was shocked, horrified, embarrassed and ashamed.

When I rushed to Makerere Institute of Social Research (MISR) to try and remove Nyanzi, I was responding to the impulse of my socialised brain and habits. Society constructs the female naked body as profane, indecent, shameful and sexual, never to be displayed in public.”
Patricia Karungi has been subject to more brutal consequences of this social conditioning. Her sex life has been a recurring subject of gossip and abuse online. Insults such as whore and man-snatcher have long been used by men and women online to harass her.

But for Karungi, insults from women pierced her the more, just like a spear.  “We were never warned about how violent women can be. Slut-shaming from men is disgusting. But from women, we never see it coming,” she explains.
Growing up, women learn about horrific things men are capable of doing. Karungi, an unapologetic advocate for women’s agency, attributes her shock to the homogeneous portrayal of women by society as ‘soft, tender human beings, less capable of harming others.

Not for male consumption
It is difficult to determine which woman might be a target of sexist hate speech. While every woman, regardless of what they post, is a potential target, the common cases are of women such as Karungi, who seem to have wiggled parts of their existence out of the gender binary.
Similar to offline, women who either verbally express convictions that threaten the patriarchal status quo, or express their sexuality in form of thoughts and images outside of societal expectations, suffer the brunt of gendered profanity.

Sandra Kwikiriza, the executive director of HerInternet, an organisation that advocates for the internet freedoms of women, especially sexual minorities and sex workers, says women are systemically viewed as valuable only through the lens of sexual beings and as child bearers.
“As soon as a woman exercises agency over her life and especially body, she sets herself up for backlash.” Kwiziriza adds that homophobic slurs such as homo, faggot and lesbo in a deeply homophobic society like ours, are often directed to sexual minorities and vocal women activists, who have found their voices online, while slut-shaming language such as loose or slut, are directed to sexually liberated women.

Just social media?
The common response from perpetrators when confronted about their behaviour is that it is not that serious, or it’s just Twitter. But for survivors such as Carol and Karungi, their experiences were anything but just passive social media banter.

Carol deactivated her account and left the country in pursuit of a fresh start. Karungi deleted her old account and began a new one for the same reasons. Both women have had to work through anxieties, depressive episodes and panic attacks as a result of online hate speech.
So why do perpetrators imagine that the use of provocative, often sexist language against women is simply a fleeting moment of cruel fun? Bernard Ewalu Olupot, a communications practitioner whose work and presence extends to online spaces, says he has also used derogatory language online in the past, which he attributes to ignorance, adding that he has since learnt better.

“Sometimes it is not out of ill-will, but ignorance. I look back at some of the stuff I said and realise some posts were quite homophobic, or misogynistic or just plain ignorance.  We learn, every day and we can do better,” he says.
The realisation however, does not come naturally. Even when it does, many perpetrators have not done better when presented with information on how harmful language can be.
Olupot says defensiveness from being called out is an attempt by perpetrators to save face. “Many guys speak ill against women online as some form of retaliation after they have been called out.”

Mental health implications
Long after Karungi had deleted her account to escape the slut-shaming online, the demons from that abuse were still following her offline. “I could not go out anymore without that one friend with whom I felt safe,” she reveals.
Even then, if anybody who had trolled her walked into the place where she was, she would be on a brink of a nervous breakdown. “My heart beat so fast. Many times, when people were dancing and having fun, I would be in the bathroom crying.” Studies have shown that gender trolling, a form of online harassment, in which a perpetrator posts using gendered and sexualised language and threats with the intent of silencing, banishing or agitating their target often results into emotional distress, anxiety, depression, even physical reactions including migraines, vomiting and panic attacks.  Yvonne Zabu, a clinical psychologist, agrees: “Survivors of online harassment are living with trauma. Society continues to stigmatise them.
We all have a need for security and abusive language online threatens that by feeding feelings of shame, inferiority and failure. This is a foundation for illnesses such as anxiety, depression, both or more.”

Countering online hate speech
With no gender specific laws on online abuse, the feminist community on Twitter and Facebook have for a while taken matters into their own hands. These activists have resorted to countering posts with sexist language in real time, fiercely defending victims and survivors.
They have championed thought-provoking conversations with Twitter hashtags, writing articles that they share online and speaking up on any other available platforms. Such efforts that have created consciousness and even prompted many to reform.

Social media sites privacy options of blocking, muting and reporting are available to users. By blocking or muting, one user terminates or limits another user’s access to them. Women have also taken to linguistic reclamation/reappropriation as a tactic.
It is common for women friends to refer to each other as bitch, for example. By intentionally using the abusive language, targeting inexperienced persons with the insults continually robs them of their freedom and exposes them to negative effects of mental health.
Profanity Distress
Similar to offline, women who either verbally express convictions that threaten the patriarchal status quo, or express their sexuality in forms of thoughts and images outside of societal expectations, suffer the brunt of gendered profanity. Studies show that gender trolling, a form of online harassment, in which a perpetrator posts using gendered and sexualised language and threats with the intent of silencing or banishing women often results into emotional distress.

Just how bad it is

This article was first published by the Daily Monitor