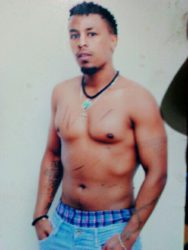 Written By: Atnafu Brhane and Translated By:- Befekadu Hailu

On August 1 2016, the rumour of officials’ plan to deny prisoners boxed-foods brought by visitors had been circulating and disrupting the mood in Qilinto Prison. Qilinto Prison is one of the Federal prison facilities in Ethiopia. Concerned prisoners tried to confirm the issue through prisoners’ representatives without a response.

On that fateful day, Yared Hussien was one of the prisoners detained in Qilinto Zone 2, room number 7. He was a suspect of murder and his case was under trial. He remembers that day.

“It was at 9:00 in the morning when angry prisoners started screaming. The screaming was heard from all the three zones,” he says.

In Zone 2 where Yared was also detained, fire started in room number 5. Some prisoners put off their uniforms and threw them to the centre of the zone. Immediately after, they heard gun shots. The prisoners could see each other because tear gas was fired into the small compound of the prison zone. The fire that started in room number 5 spread to all eight rooms through the wooden ceilings.

Prisoners who were not able to stay in the rooms due to the fire tried to hide in the ditches inside the zone. Yared remembers that he had hidden himself in a ditch in front of room number 6 trying to escape gun shots. He heard non-stop voices of gunshots. He and a friend crawled towards the gate however, his friend was shot in the leg. Yared knows the man who shot at his friend, a prison guard named Eyob Gemechu. The guard was shooting from the corridor inside the zone. Yared said that he saw his friend die because he was shot again on his chest.

Many of the prisoners who survived the Qilinto prison fire were ordered to put off their clothes and shoes. They were transported dressed in T-shirts, shorts and bare foot to Showa Robit prison located 214 km away from Addis Ababa, the capital of Ethiopia. In Showa Robit police started to beat them without an reason.

“They poured water on the floor of the room we were held in. We were forced to sleep on the wet floor for eight days. On the eighth day, policemen came into our detention rooms and said ‘those of you whose names will be called come out’. I had almost believed that we were going to be killed. 54 detainees, including myself, were separated from the rest and taken back to Qilinto prison,” remembers Yared.

These prisoners were taken back to Qilinto where they stayed for an hour and half before being taken back to Showa Robit. They spent days and nights handcuffed in pairs.

“We were handcuffed in pairs, one hand of one person with another hand of another person. I was handcuffed with another person for two months. We went together to the toilet, when one of us sits, the other one stands in. It was really difficult even to put trousers. Nonetheless, police would suddenly appear to where we were sitting and beat us.”

The Interrogation in Showa Robit

Prisoners who were taken to Showa Robit were tortured. This was to force them to confess that they were behind the Qilinto Prison fire. Yared Hussien is one of the prisoners who went through unbearable torture. He says that there was a group of interrogators constituted from Federal and Addis Ababa Police Commissions.

“One day,” says Yared, “they took me out of the detention room. Having my hands put in handcuffs, they tied me up with a wooden pole and stretched one of my legs away in a mode prisoners called ‘Nike’. The pain used to feel like my hands were about to be cut off since all my body was carried by it. They told me to confess that I broke windows at that time. I said ‘yes, I did’ since I couldn’t bear the pain.”

This confession didn’t stop the torture for Yared. He was later forced to confess that he killed his inmates. He was also forced to confess to the killing of his friend who, according to Yared, had been shot-dead by a guard. Yared admitted all this because he couldn’t bear the pain anymore.

“It was too painful; I was tortured for three consecutive days. They would leave me alone while I was tied up, handcuffed… I tried to commit suicide; I went into hunger strike… They forced me to self-incriminate myself. They said to me ‘you shut the door behind those prisoners who died in the fire,” narrates Yared. “There was a new prison under construction in the compound of Showa Robit. The interrogators used to take me and another detainee named Shemsu Seid prison and drag us on the ground after tying our legs with a car. Even worse, they burnt my scrotum with a heated electric bulb. It hurt. I decided to say yes to what they were forcing me to falsely admit. They wanted me to admit to killing 10 people but later, they lowered it to 6, maybe because they thought no one would believe them.”

Back from Showa Robit

Yared was later acquitted of his primary charges that got him in to Qilinto prison in the first place. He was not charged in relation to the case of Qilinto Prison fire either. However, after he was released from Qilinto prison, federal police officers detained him again at the gate of Qilinto and took him to the infamous detention centre at the Federal Police Investigation Center, Maekelawi.   In Maekelawi, he was held for two months in a dark room. Then he was returned to Qilinto prison after he was formally charged “for first degree murder of six people by confining them in a room that caught fire in Qilinto prison”.  On the July 31, 2018 after following the trial for two years in the 3rd bench of Lideta Federal High Court, Yared was acquitted of his charges because the court couldn’t find the evidence presented against him substantial.

Yared was born and raised in the capital of Ethiopia, Addis Ababa. He is now a 26 years old man who is living with the physical and psychological scars of torture in prison.

This story was originally posted by the Ethiopian Human Rights Project, a Non Governmental Organisation that seeks to bolster advocacy by domestic and international actors to advance human rights in Ethiopia. Our advocacy efforts focus on exchange of probative research and critical information with an ultimate goal of heightening awareness of human rights condition in Ethiopia.